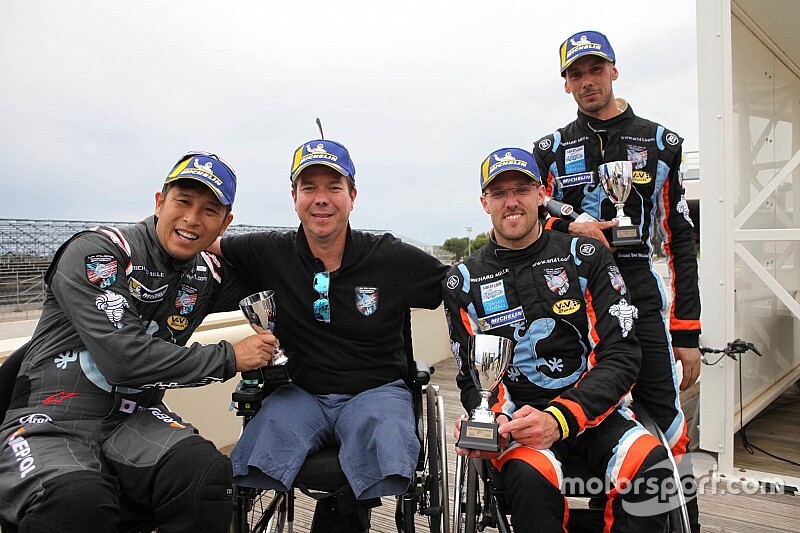 However, on Thursday it was announced that quadruple paraplegic Sausset, who raced at Le Mans in 2016, had made the decision to withdraw his team owing to the effects of the global coronavirus pandemic which had delayed the race until September.

Sausset said: "After discussing at length with my drivers Takuma Aoki, Nigel Bailly and Snoussi Ben Moussa, together with our partners, members of the SRT41 team, the bosses of the Automobile Club de l'Ouest and the European Le Mans Series, the Presidents of the FIA and the FFSA and all the people contributing to the success of this extraordinary programme to allow the first-ever driver line-up composed exclusively of disabled drivers to race in the Le Mans 24 Hours, I took this very difficult decision, because of the terrible global COVID-19 pandemic, to withdraw our entry from this mythical race.

"Effectively, the sudden stop of the program following confinement persuaded me to take this decision because I believe that our preparation, which has been degraded, would not have allowed us to present ourselves in this demanding race in optimal conditions.

The withdrawal of SRT41 means the top entry on the 10-strong reserve list, Spirit of Race's Ferrari 488 GTE, is promoted to the entry list proper. Duncan Cameron, Aaron Scott and Matt Griffin are set to share the #55 car, which boosts the GTE Am contingent to 21 cars.

It also means that LMP1 stalwart ByKolles is now one more withdrawal away from being able to race after having been controversially not selected for inclusion on the 62-car grid initially.