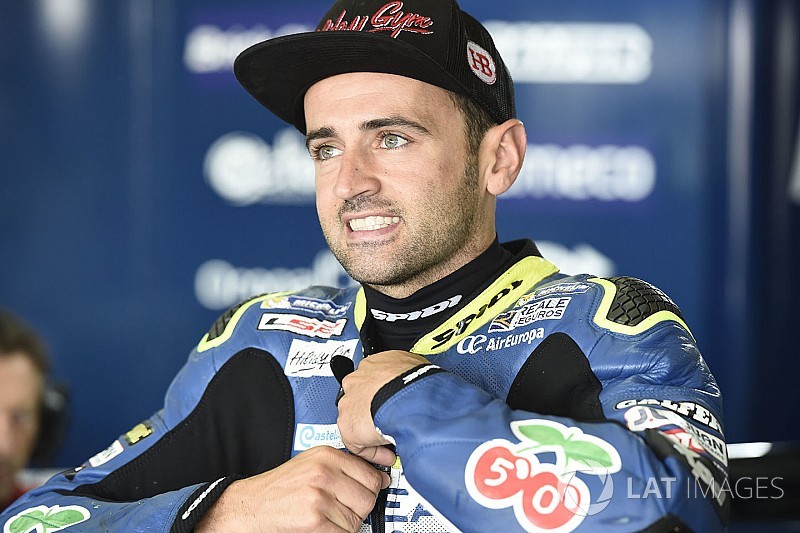 The Pons Moto2 squad has announced it will field an all-new line-up of Hector Barbera and Lorenzo Baldassarri next season.

Barbera steps down to the intermediate class after seven seasons in MotoGP, while Baldassarri makes the move across from Forward Racing to partner the veteran Spaniard.

They replace Fabio Quartararo, who is reportedly heading to the Speed Up squad, and Edgar Pons, the younger son of team owner and ex-250cc world champion Sito.

Barbera told Motorsport.com at Misano that a Moto2 berth at Pons was his most likely avenue for 2018 after losing his seat at Avintia Ducati, who are set to announce Xavier Simeon as Tito Rabat's teammate for next year.

"After eight years in MotoGP the goals have not been achieved, as it is a championship in which more means are needed beyond the rider," said Barbera.

"When I saw the opportunity to return to Sito Pons team I did not think [hard about] it. Together we were second in the overall world standings [in the 250cc class in 2009], winning several races and I think I'm in the moment to risk and make such a decision.

"I am very excited and I have the motivation to start this new project. I also want to thank Avintia Racing who facilitated the termination of the contract. The goal is none other than to fight to win races and the championship."

Baldassarri, meanwhile, has endured a difficult third season at Forward, having taken his maiden victory with the Swiss team at Misano last season on his way to eighth in the points.

The Valentino Rossi protege currently lies 17th in the championship with a best finish of fourth at Barcelona to his name.

Elsewhere in the Moto2 field, it was confirmed that Misano race winner Dominique Aegerter will remain with Kiefer Racing in 2018.

The Swiss rider had been linked to a possible return to Interwetten, which is switching from Kalex to KTM machinery next year, but instead will remain on board a Suter.