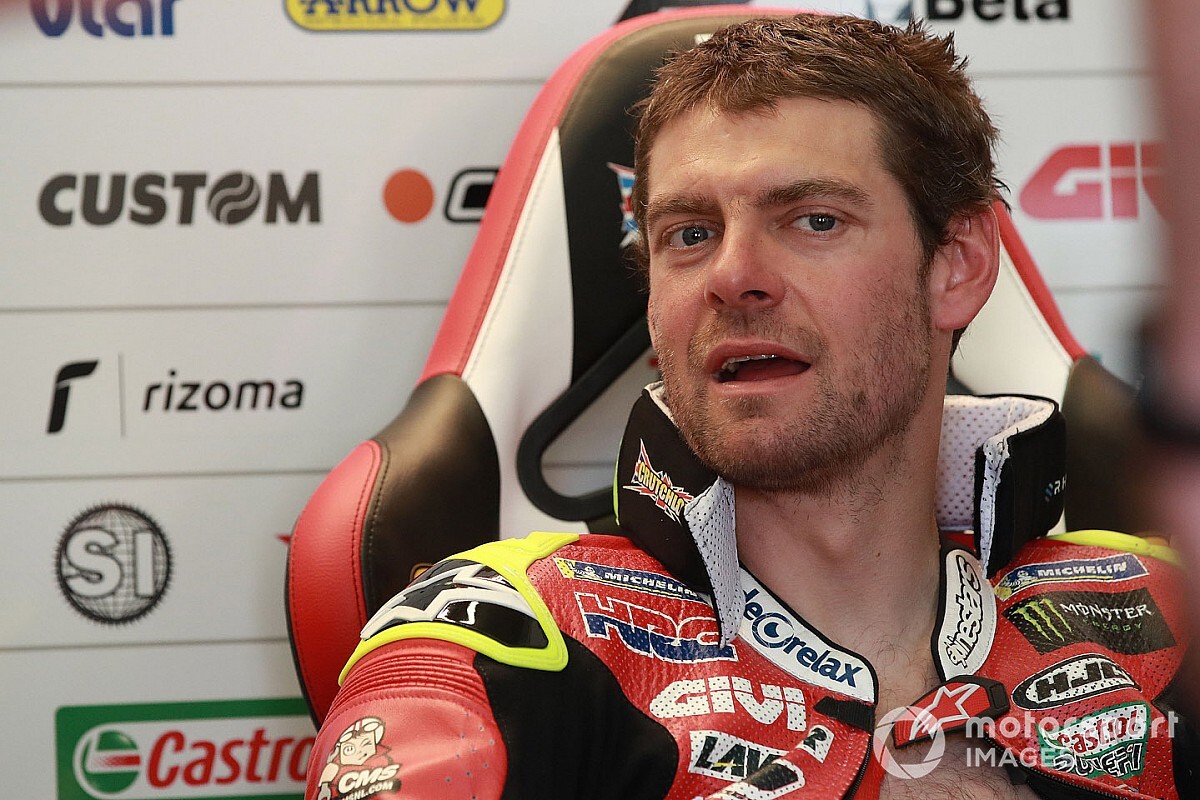 LCR Honda rider Cal Crutchlow will be flown to hospital in Barcelona for surgery on a fractured right wrist suffered in a crash during the MotoGP Spanish Grand Prix weekend.

Crutchlow crashed in the morning warm-up at Jerez at the fast Turn 8 left-hander when he lost the front of his Honda.

Taking a heavy knock as he slid through the gravel, Crutchlow was taken to hospital in Jerez for checks and was declared unfit to ride in Sunday’s race having suffered a mild concussion.

Crutchlow was set for further checks at the Jerez circuit on Monday to assess his condition ahead of next weekend’s Andalusian Grand Prix at the same venue.

However, it has now emerged that he has suffered a fracture to his right scaphoid and will be flown to Barcelona instead for surgery on Tuesday and hopes to be able to race next weekend.

“Unfortunately this morning in the last lap of the warm-up I crashed going into Turn 8,” Crutchlow said. "It seemed that when I braked on the kerb, the front of the bike slid and I was unable to save the crash.

"What was going to be a normal crash escalated when I went into the deep gravel trap and started tumbling, hitting my head quite a few times, particularly my face.

"I was a bit dazed after the crash, and a bit sore in my whole body, especially my hands.

“After further assessment at the medical centre I was sent for the CT scan on my head and neck and it all came back fine.

"With the facial bruising I had, however, Dr. Angel Charte felt I needed eight hours rest, which I think was the right decision.

“When I returned to the circuit I began to feel some pain in my left wrist, so went for another scan of the scaphoid, which it seems has been broken in the crash.

"Dr. Mir will operate on the wrist in Barcelona on Tuesday morning, and I will return to the circuit on Friday and hopefully to action.

"I look forward to seeing the LCR Honda Team there, and hopefully to work hard with them again next weekend.”

This news comes just hours after a heavy crash for reigning world champion and fellow Honda rider Marc Marquez broke his right arm in a heavy crash in the race.

Marquez was recovering from an off on the fifth lap of the race when he was flung from his Honda late on while battling for second at Turn 3.

The Spaniard hit the ground hard and was clattered by the front wheel of the bike, which fractured the humerus bone in his right arm, while he is thought to have injured the nerve too.

Marquez will fly to Barcelona on Monday and hopes to have surgery on Tuesday, but his participation in next week’s race is in serious doubt.

Suzuki rider Alex Rins dislocated and fractured his left arm in a crash during qualifying on Saturday and was forced to miss the race. Further assessment on the Suzuki rider will be carried out next week ahead of the second round of the 2020 campaign.

Should Marquez be forced to miss next week’s grand prix, it will be the first time this has happened in his MotoGP career.

Dovizioso warns Ducati “has to make a step” despite podium