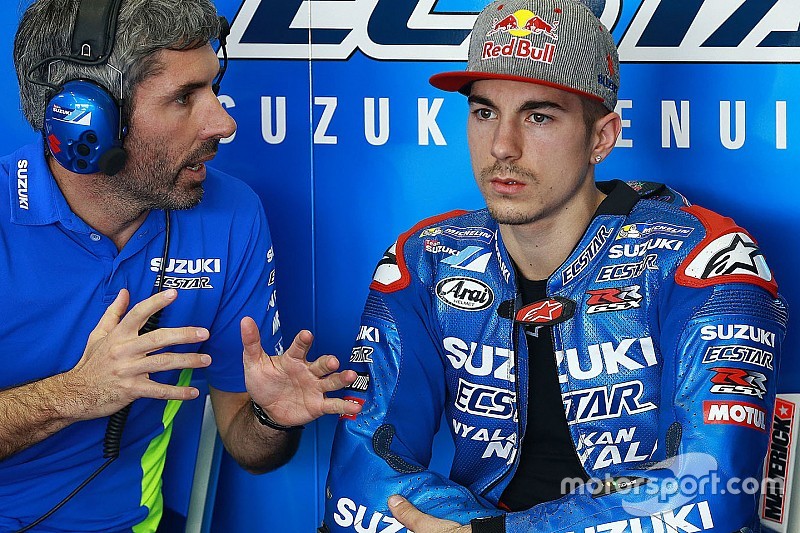 Maverick Vinales feels communication was clearer at the Suzuki MotoGP squad he used to race for than it is in Yamaha currently.

Last Sunday in Motegi marked 25 races since Yamaha's last win, two more than the worst previous crisis of its record.

The Japanese firm hasn't won since the 2017 Dutch TT, and only scored one podium - courtesy of Vinales in Thailand - in the past six races.

Both Vinales and factory teammate Valentino Rossi have been complaining for more than a year of a lack of traction on their bikes - and while they've differed on causes and solutions, the pair agree on the low level of communication existing between them and the technical department of the brand, in Japan.

At Suzuki, Vinales had been the focal point - taking a breakthrough win for the marque at Silverstone and scoring three more podiums - whereas at Yamaha he shares the pit garage with a seven-time premier-class champion.

“The communication at Suzuki was very different compared to within in Yamaha," Vinales told Motorsport.com. "But it was because Suzuki worked for me.

"I told them something and they exactly did what I asked, and therefore they built a bike for me. At Yamaha this is difficult because there are two strong riders able to win the championship, so they have two opinions.

"I don’t know what they do, I don’t know which way they are following. I try to communicate a lot with them because my intention is to bring them to my level."

Suzuki currently fields Alex Rins and Andrea Iannone - and while both riders are behind the Yamaha works duo in the standings, Rossi has recently claimed that Suzuki is now stronger than his team.

During another disappointing outing at Motegi, Vinales suggested that Yamaha was "paying" for making a dubious engine choice.

"I asked that back in the day, but Yamaha preferred to take another way," Vinales elaborated, referring to his preferred specification - which was close to the one used by Tech 3 privateer Johann Zarco, with an engine brake set-up more suitable to the Spaniard.