Big goals: Gil Linster wants to conquer the US ovals 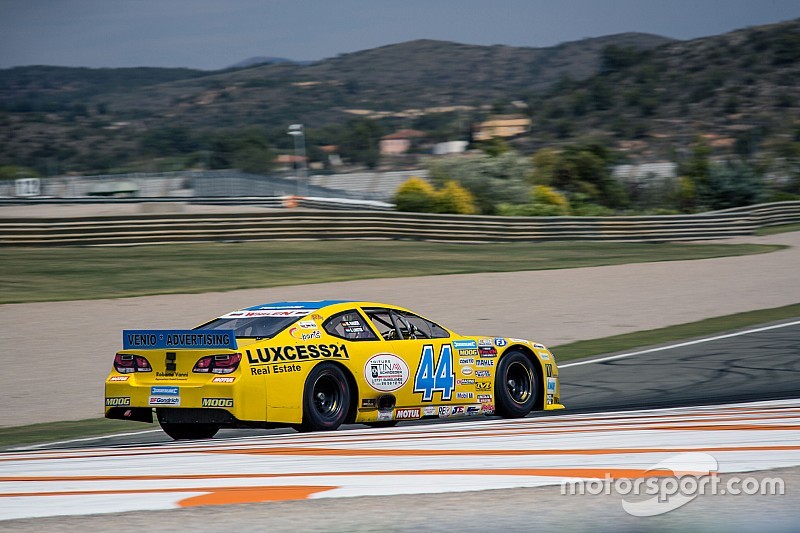 After racing two years in the NASCAR Whelen Euro Series, Gil Linster wants to become an oval race driver. The Luxembourger will give his US debut in 2019.

Already as a child Gil Linster was given with the racing bug by his father.

Armand Linster raced in several stock car classes in Luxembourg and drove a Mustang built in 1965 around various race tracks. The younger Linster was born with a passion for US racing. After two years in the NASCAR Euro Series, the 25-year-old now wants to gain a foothold in the USA.

Therefore, the plans for the 2019 season are clearly focused on the goal of improving on ovals.

For Hendriks Motorsport Linster will start at the Raceway Venray, Netherlands, in the LMV8 Oval Series, where he will drive American Late Models. In addition, the talented racer is already part of the US team The Garage Shop, which competes in local late model races and in the NASCAR Whelen All American Series.

"I am simply fascinated by the speed on ovals," Linster said to Motorsport.com. "It's just a huge adrenaline rush. There is no single second to relax. On the road courses a racing driver quickly finds his rhythm, but it's not so easy on an oval. The biggest challenges are that the oval changes lap by lap, the pilots are always in duels and a small mistake leads to the end.

That's why I find this discipline much more interesting than road courses.”

Linster can’t wait to get the season underway.

"The year 2019 is for learning. I'll be racing in America,” he added. “I will publish something about the venues soon. In the LMV8 Oval Series I want to gain experience and learn a lot from the fast riders. At Venray, I wants to learn the basics of oval racing and constantly improve myself in order to prepare for the races in the USA."

Of course Linster has a big goal in eventually making it to the NASCAR Cup Series.

"If this wasn't the goal, I'd be on the wrong path," the Luxembourger explained. "I like to go the way and start at the bottom to really learn how to drive on an oval. My goal is to establish myself in the USA in the long term and have success. Over the next few years, I want to gradually work my way up the NASCAR ladder.

"That's why we have established contacts," Linster revealed. "My crew chief used to work for Dale Earnhardt, so we don't know what doors will open yet."

He doesn't intend to skip a step on the ladder because a setback could be harder if he skips a series. Linster now wants to work hard on his dream of becoming a NASCAR pilot in America on day. In the NASCAR Euro Series, Linster is only planning sporadic assignments for the 2019 season.