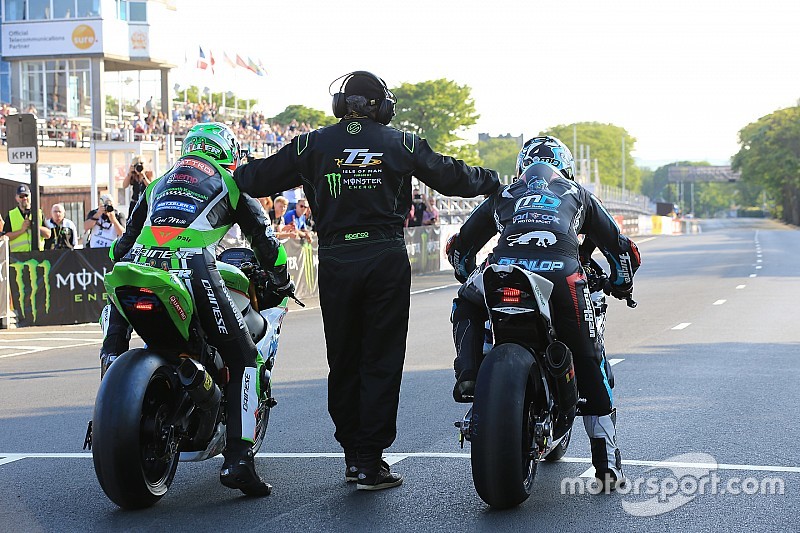 Wednesday evening's practice for the 2018 Isle of Man TT races has been cancelled following an incident at Churchtown just 10 minutes into the opening session, which set fire to a tree.

The first session, which was the Superbike/Superstock/Supersport practice, got underway at 18:19 local time, but was red-flagged at 18:30 due to an incident at the Churchtown section of track.

A resulting fire to a nearby tree from the incident forced a full-course red flag to allow the fire brigade onto circuit to attend to the blaze, while race officials dealt with the incident.

The riders began to make their way back to the paddock around 30 minutes after the stoppage, with the Clerk of the Course confirming at around 19:15 that all of tonight's running has been called off. No information on the Churchtown incident other than the resulting fire caused by it has been given, while another incident at Ballacrye was also mentioned.

Tuesday's running saw Silicone Engineering rider Dean Harrison dip into the 16-minute bracket on his Kawasaki Superbike with a lap of 16m57.728s at 133.462mph.

Harrison was once again set for a blistering opening gambit on his ZX-10R at the start of tonight's running as a he headed the field through the timing beams at Ramsey before the session was halted.

Smiths Racing BMW's Peter Hickman led the Superstock timesheets ahead of Wednesday's running with a 17m19.882s lap at 130.619mph, while Michael Dunlop was top of the Supersport times on his MD Racing Honda with a 18m04.840s lap at 125.206mph.

Thursday's practice schedule is a packed one, with 55 minutes of Superbikes, Supersport, Superstock running opening up the evening, followed by a Supersport/Lightweight session, with Sidecars and a lap for the TT Zero machines rounding out the action.