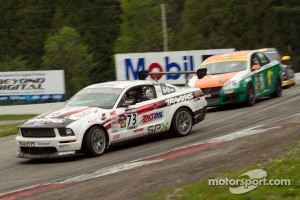 This is the third straight year the Pirelli World Challenge will begin its race season in Florida with a big doubleheader weekend as part of the Honda Grand Prix of St. Petersburg IZOD IndyCar event. Round One is scheduled for Saturday, March 24, while Round Two is on Sunday, March 25.

The 2012 season will mark the 23rd consecutive year of one of North America’s top professional series for production-based sports cars. For the upcoming season, the series recently announced a new class, Touring Car B-Spec (TCB). The new class will run at three of the eight event weekends (Miller, Mosport and Infineon) for a total of nine races. During those three event weekends, Touring Car (TC) and Touring Car B-Spec will run separate races from the GT and GTS fields. In 2012, GT and GTS classes will compete in a total of 12 races, Touring Car 14.