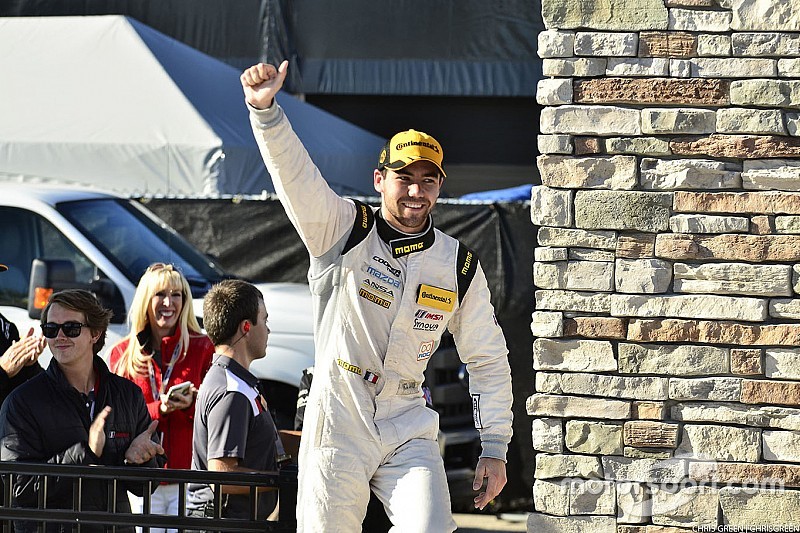 Indy Lights star Nico Jamin dominated the first race for the GTS class of the Pirelli World Challenge at Virginia International Raceway in his KTM Xbow.

Pole sitter Jeff Courtney’s JCR Motorsports Maserati GT4 led through Turn 1 after the rolling start, but Jamin – making his PWC debut for ANSA Motorsports – passed him with a daring move down the inside at Turn 3.

Jamin pulled 2.5s clear by half distance, and cruised to victory by 3.3s over Courtney.

"The car was awesome, we were really fast in the corners," said Jamin. "I made a great pass to take the lead, but I knew we had the pace to win the race. I got him where he didn't expect it."

Rodrigo Baptista’s Porsche Cayman held third in the early stages ahead of Lawson Aschenbach’s GT4 Chevy Camaro, which had to scavenge teammate Tony Gaples’ differential after hitting issues during qualifying.

Am class leader Jason Bell was an early spinner in his SIN R1, handing the victory to Aristotle Balogh’s Aston Martin Vantage in seventh overall.

Fourth-fastest qualifier Anthony Mantella’s KTM had to battle his way through the pack from the back due to a penalty that carried over from St Petersburg. He made it through to eighth.