INDIANAPOLIS – HVM Racing and Status Grand Prix are teaming up to field a joint entry in the FIA World Endurance Championship sports car series in 2013, officials from both teams announced Dec. 4.

HVM and Status GP will combine their technical and commercial resources and strong road-racing pedigrees to run a Lola Coupe in the LMP2 class of the eight-round WEC, which comprises the Le Mans 24 Hours and six-hour races in Europe, Asia, North and South America and the Middle East.

The team will operate from both HVM’s base in Indianapolis and Status GP’s headquarters near the famed Silverstone circuit in England, continuing to develop the Lola LMP2 design that earned a pole in the final WEC race of 2012, at Shanghai.

... it was obvious we needed a European base...

“We are delighted to create this partnership between Status and HVM,” Status GP Team Principal Teddy Yip Jr. said.

“For the step up to a full-time FIA WEC program, our combined strengths create a very strong platform for technical personnel, resources and contacts with drivers and sponsors in both Europe and the USA.

It’s an exciting development for each company to establish a presence on both sides of the Atlantic, and we look forward a long-term collaboration.”

Wiggins led Pacific Racing to domestic and international championship victories on every rung of the major single-seat ladder beneath Formula One from 1984-93 in Europe, including Formula Ford, Formula 3 and F3000.

Racing in a Lola also has deep historical ties for Wiggins. He helped to revive and stabilize the legendary chassis manufacturer from 1998-2000 during his tenure as president of the company after Lola’s entry in F1 in 1997.

“We made a decision to expand our interests into sports cars for next year, and once we looked at the WEC program, it was obvious we needed a European base, which is familiar ground for me,” Wiggins said. 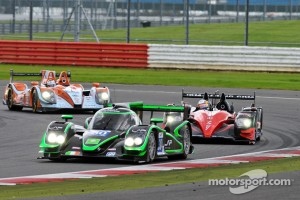 “Then we started a dialogue with my old friends now together at Status, and it quickly became a partnership both parties wanted and embraced.

“We cover two continents with facilities, staff and equipment and we hit the ground running, able to compete in both the U.S. and Europe, so it makes perfect business sense.

Also both groups have a strong history and relationship with the Lola marquee and its future plans.”

They have collaborated on projects for 25 years, including the launch of Wiggins’ Pacific Grand Prix team in F1 in 1994.

In 2012, Status GP fielded a Lola-Judd B12/80 in 2012 at Le Mans and selected races in the FIA WEC and European Le Mans Series, in which it scored a podium finish on its debut.

Status GP also has a strong history of success in open-wheel racing. The team won the A1 World Cup of Motorsport with its A1 Team Ireland entry in the 2008-09 season.

Status GP also has earned race victories in each of the last three seasons of the GP3 Series, an official support series for Formula One.

HVM Racing, a six-time race winner with over 23 podium finishes in the Champ Car Series from 2001-07, comes to sports car racing after running successfully for the last five seasons in the IZOD IndyCar Series, North America’s top open-wheel championship.

HVM and Status GP started their partnership with a successful two-day test of the Lola Coupe last week in Spain with future test dates scheduled.

Final details of the combined effort, including technical partners, sponsors and drivers, will be made in early 2013. The 2013 WEC season is scheduled to start April 14 at the Silverstone Circuit in England.

Christian Fittipaldi to retire after 2019 Rolex 24

Why does a watch lure the world’s best drivers to Daytona?