Toyota says its lack of competitiveness in last weekend's Shanghai FIA World Endurance Championship race is partly down to the series' "overreaction" with the success handicap system after Silverstone.

The Japanese marque suffered its first defeat on the road in the WEC since the 2017 Austin race as LMP1 privateer rival Rebellion took full advantage of the TS050 Hybrid's heavy penalties to score a first win of the 2019/20 season.

Rebellion's sole R-13 finished over a minute ahead of the best of the Toyotas, which locked out the remaining spots on the podium despite qualifying behind the Team LNT Ginettas.

Toyota's victories at Silverstone and Fuji meant it went into the Shanghai raced slowed by 2.74 seconds per lap according to a revised co-efficient of 0.01255s used to calculate the handicaps, while Rebellion was slowed by only 0.89s.

Originally having been set at 0.008s per point scored per kilometre of the track, the co-efficient was changed ahead of last month's Fuji race after Toyota swept to a dominant one-two finish at the Silverstone season-opener at the start of September.

"What happened was there was a bit of overreaction after Silverstone," Toyota technical director Pascal Vasselon explained. "The correction to the handicap [co-efficient] probably brought us into an area where the handicap is too big, and it’s a bit problematic.

"Fundamentally we are still supporting the principle. But we believe there shouldn’t have been an overreaction after Silverstone to keep things in more reasonable figures."

Vasselon said he had no concerns about Toyota's image being tarnished by being beaten so comprehensively by one of its non-hybrid rivals.

"It’s very easy to explain why we cannot really shine, because of the previous results here our pace is hurt here," stated the Frenchman.

"It’s easy to explain and judge the level of the team over the season. Just it went a bit too far, especially in relation to LMP2 and GTE, where we are in trouble to pass."

Toyota team director Rob Leupen conceded that one of the weaknesses of the LMP1 handicap system in its current form is its tendency to create dramatic performance swings from race to race, rather than promoting close on-track competition.

But he said that Rebellion deserves plaudits for executing a clean race and taking advantage of the situation in a race that Toyota knew it would be incapable of winning on pace.

"We didn’t really have a race," Leupen told Motorsport.com. "We could have had a race for second place between #7 and #8, but the #7 had more difficulties with the set-up and understeer listening to the drivers. Or if Rebellion had some issues, or small mistakes.

"But at the moment the system is like this. They [Rebellion] deserved it because they didn’t make mistakes. Maybe we could have made it harder for them, but it’s good.

"This is the story we have with the success handicap, we agreed to it. For the sake of the sport and the WEC [we accept the situation] and we hope next season with the hypercars we will not see these extremes.

"We want to see good racing, this is a bit more difficult. In Silverstone we had a good race between the #7 and the #8. Maybe in Bahrain, maybe Sao Paulo or Sebring, I hope we get some closer racing than what we have seen in the last two races." 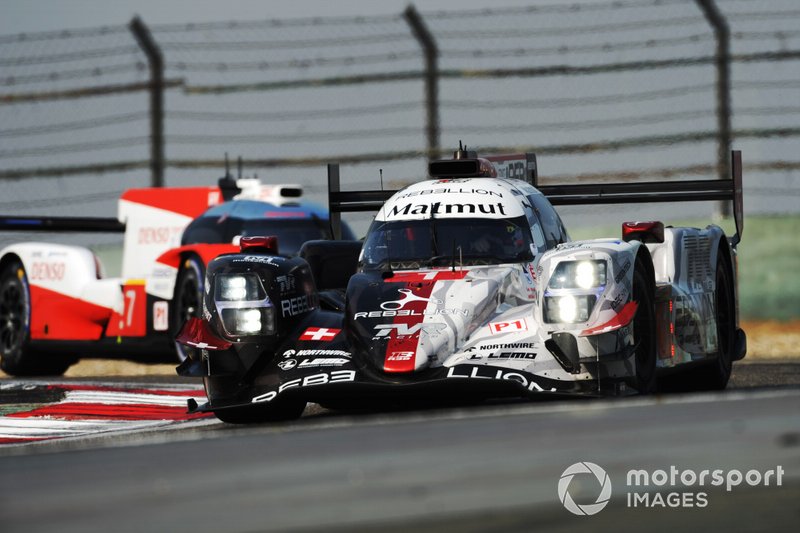