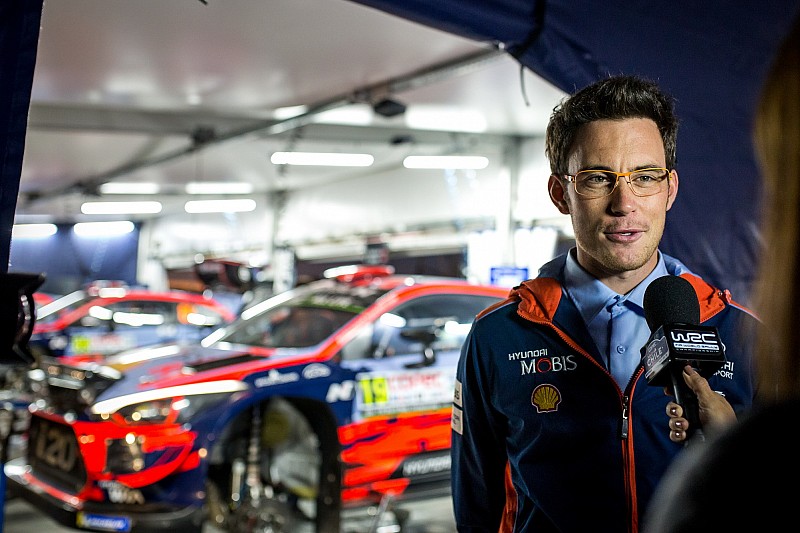 Hyundai driver Thierry Neuville has called on the FIA to give the World Rally Championship a permanent rally officiator, along the lines of Formula 1’s race director role.

Neuville has requested the change following the decision to give him a notional time on the second stage of Rally Chile.

In that event, Neuville’s SS2 El Puma effort was red-flagged not long after he started, as rally organisers feared his i20 Coupe WRC could catch the official zero cars moving ahead on the test.

Neuville drove the majority of the stage non-competitively and was handed a time 6.6s slower than Ott Tanak.

“How did they decide that time?” Neuville later asked Motorsport.com. “In stage one, I was 0.7s slower than Tanak and in stage three, I was 0.7s faster than him. But in stage two, they decided I would lose 6.6 seconds.

“What we need is a change in the regulation and make it that there is just one person on every round – like they do in Formula 1. This person can apply the same rule each time and they will have a clear view on what we are doing. It’s always frustrating.”

Neuville’s hopes of his time being altered were undermined when he dropped 17.6s to Tanak on the second run at El Puma.

Neuville added: “My run was compromised because I was cleaning the road, I did my best, but I could only be frustrated by this.”

FIA rally director Yves Matton sympathised with Neuville and admitted the use of notional times was an imprecise art. Matton also pointed out that double world champion co-driver Timo Rautiainen was in the role Neuville had highlighted on half the events.

“Timo is the new sporting delegate,” Matton said. “And I changed the job description to take him closer to the clerk of the course, so this is one of the things he will follow.

“It’s quite clear for me that the notional time will never be perfect and I can tell you Thierry was not happy, but also two others were also not happy because they considered the time was too good. I am in the job a long time and I know you are nearly never happy [with notional times] and sometimes you are happy when you think you will not be happy.”

Is Loeb's return paying off for Hyundai?