The Spanish veteran will make his second WRC start in a row in the tarmac-based event centred around the famous Italian Grand Prix circuit on December 3-6.

It follows Sordo's triumph last time out in Rally Italy Sardinia, which marked only his second outing of the season after his appearance in Rally Mexico back in March.

Sordo is a veteran of Rally Monza, a late addition to this year's COVID-19-affected WRC schedule,  having won the event in 2010 and '13 at the wheel of a Citroen DS3. More recently he has contested the event for current employer Hyundai (pictured below in 2016). 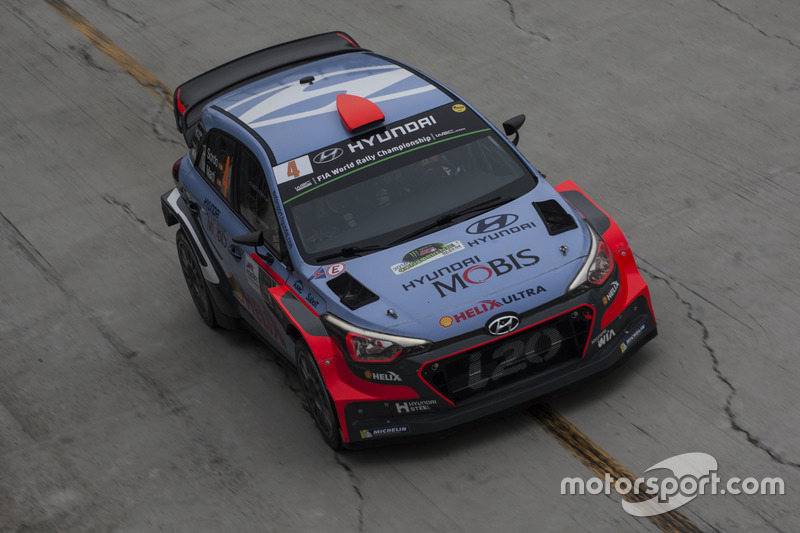 Sordo will be tasked with helping Hyundai defend its slim seven-point advantage over Toyota in the manufacturers' standings heading into the final round.

The Korean manufacturer's full-season drivers, Thierry Neuville and Ott Tanak, both remain in theoretical title contention for the drivers' prize, trailing Toyota man Elfyn Evans by 24 and 28 points respectively with only 30 on offer at Monza.

Craig Breen had been set for his third outing of 2020 in Hyundai's third-string i20 Coupe WRC in Rally Ypres, until that event became the latest to be cancelled amid the global health crisis.

Sordo to make first 2022 WRC outing in Portugal for Hyundai

Tanak: Rally Croatia performance was the "best we could do"

Lappi to take over Ogier Toyota for WRC Sardinia

Latvala: Evans has 'shaken monster from shoulder' after WRC Croatia