BTCC Croft: Lloyd doubles up to beat Ingram in Hyundai 1-2

Dan Lloyd made it two wins out of two at the Croft round of the British Touring Car Championship by leading home Tom Ingram for an Excelr8 Motorsport Hyundai 1-2.

Lloyd made a relative scorcher of a start from pole, such that the rear-wheel-drive West Surrey Racing BMW 330e M Sport of outside front-row starter Colin Turkington could make no impression on him.

Another of the Excelr8 Hyundais caused an early safety car. James Gornall, standing in for Jack Butel for this round only, has performed extremely creditably all weekend, but his Hyundai hit the barriers at Hawthorns.

After the restart Ingram was soon on Lloyd’s case, and in turn Turkington got close to the leading Hyundai i30 Ns.

Lloyd then pulled out a small gap, only for Ingram to reel him back in with a couple of laps remaining.

With a lap to go the two Hyundais were right together, but Lloyd held on his second win of the day by 0.634 seconds, and the third of his BTCC career.

“The red light stayed on forever and I really bogged,” explained Lloyd of the start. “But other people must have had a bit of a ’mare.

“We made a big improvement to the car from race one and it paid off – it just made it much more easy to handle out the back. Then it was a case of managing the hybrid – obviously it’s the first time I’ve had such little use of it.” 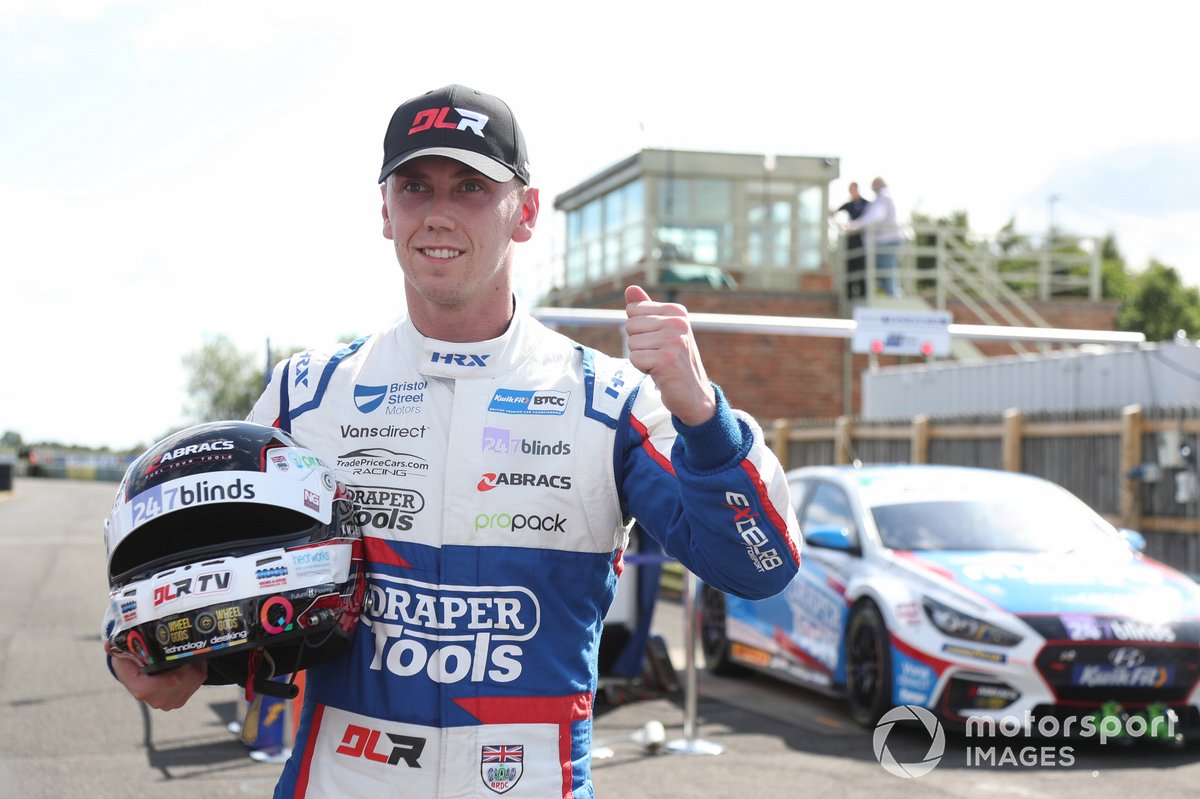 Behind Turkington, Jake Hill made it a WSR BMW 3-4, courtesy of a sweet move around the outside of Dan Rowbottom into the Jim Clark Esses at half-distance.

Hill then gained on the leading trio, but could not make a serious impression on them.

The next two positions were also duplicated from earlier on, with Rory Butcher (Speedworks Motorsport Toyota Corolla) leading Aiden Moffat, whose Laser Tools Racing Infiniti Q50 fell away late on.

Tom Chilton took his second top-10 finish of the day with ninth in his Excelr8 Hyundai, with the WSR BMW of Stephen Jelley completing the top 10.

Josh Cook made progress to finish 11th in his BTC Racing Honda, but has now lost the championship lead to Ingram.

Gordon Shedden, meanwhile, charged from the back of the grid to 12th in his Dynamics Honda, and has been rewarded with pole for the reversed-grid race.

George Gamble should have been in the top 10, but the Ciceley BMW rookie slowed from ninth at half-distance and rejoined after a pitstop.