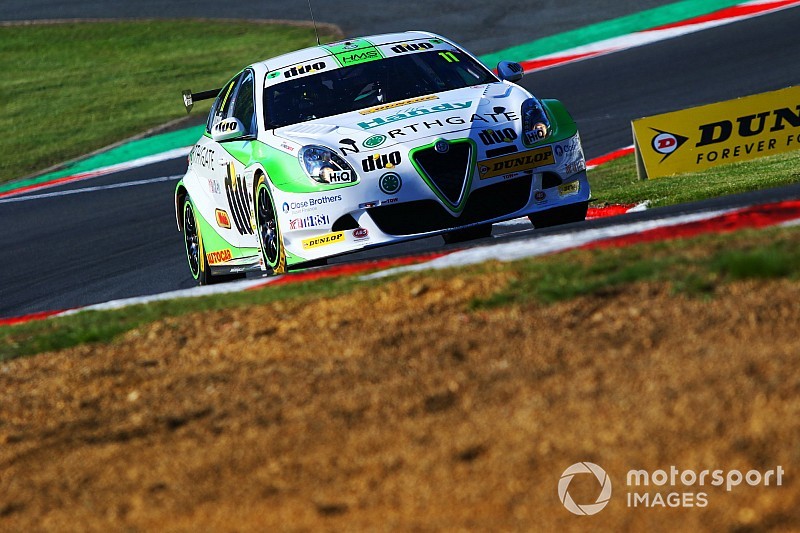 The HMS Racing team will sit-out the 2019 BTCC campaign, but plans to return to the category in 2020.

The Swindon-based team ran Rob Austin in an Alfa Romeo Giulietta in 2018, but due to “several factors” the squad will now take a sabbatical.

Its TOCA BTCC licence is on loan to Motorbase Performance for next season.

Team principal Simon Belcher said: “We are beyond disappointed HMS Racing will not be on the BTCC grid next year after five years of continual progression.

"Very unfortunately, we have had hurdles placed in front of us which we simply can’t overcome in the timeframe to meet the registration deadline (December 1).”

Driver Rob Austin added: “This is heart-breaking news, we worked so hard to bring the Alfa Romeo to the BTCC grid and we worked through the tough period of development that’s required with a new car.

"We felt we were making progress and, with a solid winter testing programme, believe we would have enjoyed a strong 2019.

“As a team we did all we could and working for Simon and the HMS Racing team for the last three years has been an absolute pleasure, I would like to thank them for all their hard work and support. It’s quite late in the day, so I am not sure what 2019 holds for me as a driver.”

Handy Motorsport, which became HMS Racing in 2018, was formed by Belcher when he was racing himself.

Belcher contested Legends and three years of the Renault UK Clio Cup before switching to the British Touring Car Championship in 2014. He was 27th in the standings in 2015.

Austin joined the team in 2016 taking over the controls of the Toyota Avensis, which was initially overseen by Speedworks Motorsport.

However, the team branched out on its own in 2017 and Austin won the final round of that year’s contest for the team.

HMS Racing built the new Alfa Romeo Giulietta for 2018. Austin scored two podiums in the Italian hatchback on his way to 14th in the standings.

The announcement that HMS Racing will take a sabbatical comes as the BTCC issued a list of 30 entries for the 2019 campaign, down from a previous maximum of 32.

Series director Alan Gow had previously expressed his desire to reduce the size of the grid to counter a situation he described as "bursting at the seams".

*including one TBL on loan from HMS Racing