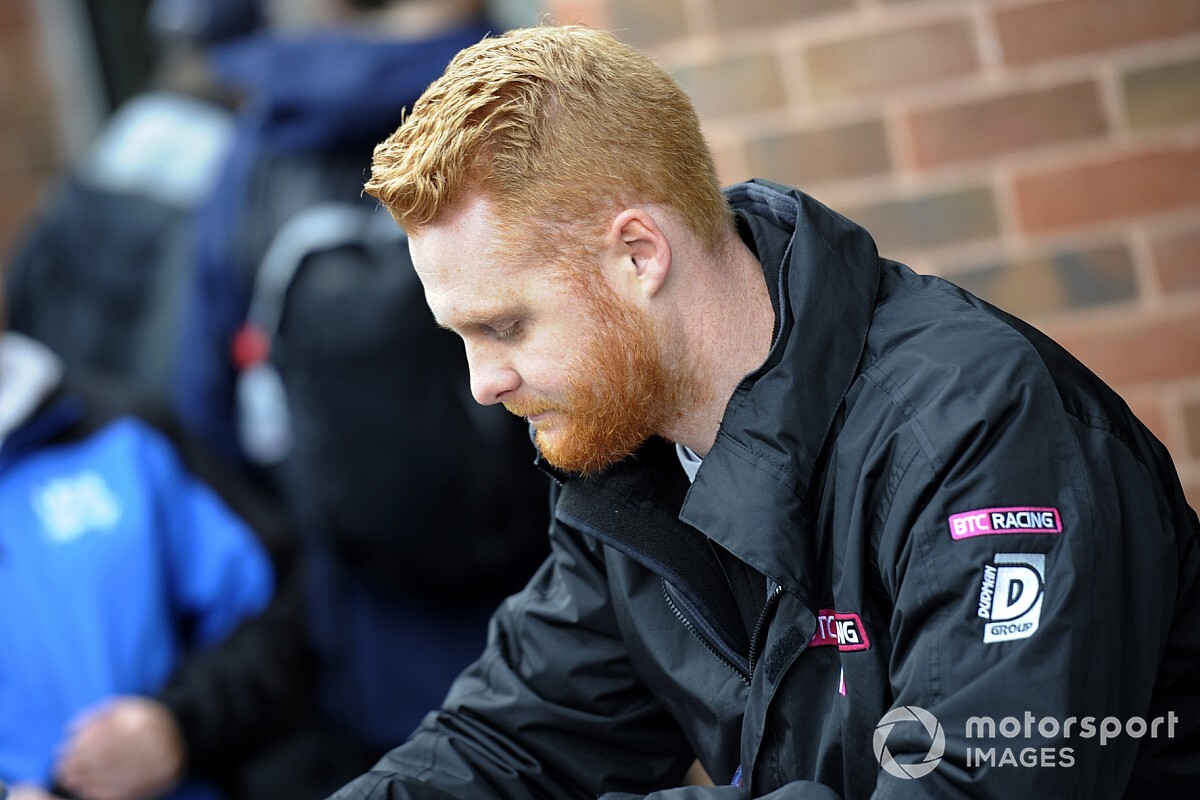 Josh Cook has been excluded from his victory in the opening race of the British Touring Car Championship round at Oulton Park after failing the post-race ride-height check.

From second on the grid, Cook's BTC Racing Honda Civic Type-R had dropped as low as fifth with excess wheelspin off the line in wet conditions before moving quickly up to fourth by the end of the opening lap.

He had already stormed back to second by the time a safety car came out to repair the barriers at Old Hall, and passed polesitter Rory Butcher shortly after the restart to take a lead he held to the end for what would have been his first win since Thruxton last year. However, Cook's exclusion means that Rory Butcher inherits his first win of the season, and the maiden victory for the brand-new fourth-generation Ford Focus ST.

Up to second comes the works Team Dynamics-run Honda of Dan Cammish, while Jake Hill claims his first podium of 2020 with the older-spec FK2 Civic of MB Motorsport. Championship leader Colin Turkington moves up to fourth in his West Surrey Racing BMW, which was laden with 60kg of ballast in race one, with Cook's BTC team-mate Tom Chilton and the Speedworks Toyota Corolla of Tom Ingram completing the top six.

Adam Morgan (Mercedes), Ash Sutton (Infiniti) and Chris Smiley (Hyundai) move up to seventh, eighth and ninth, with Senna Proctor now making it two of the Excelr8 Motorsport-run Hyundai i30s in the top 10.

Cook will start the second race from the back of the grid.