Sherco TVS rider Aravind KP believes the 2019 Dakar was the most physically challenging in the cross-country rally’s history, despite being four days shorter than in the past few years.

This year’s Dakar route turned out to be vastly different after Chile, Ecuador and Bolivia all failed to reach agreements with organiser ASO, with the entire rally eventually taking place in Peru across 11 days - including a rest day in between.

That meant much of the terrain comprised of sand dunes, although presence of fesh fesh and rocks provided another different challenge.

KP, who became only the second ever Indian to complete Dakar with a 37th-place finish, says the shorter distance didn’t make the rally tamer by any means.

“The shorter thing in this rally was just liaison, the liaison is the transport - that’s the only shorter thing,” KP told Motorsport.com India.

“Otherwise all the stages were more than 300 km and I think the challenges and the terrain in this edition was hardest.

“It was the most physical Dakar ever, I believe. All the riders whom I spoke to said the same thing that this edition was the toughest of all before.

KP also pointed out that the organiser didn’t cancel any stages in 2019, something it had to resort to in previous years when the conditions worsened.

“Even if there is very poor visibility, there is no cancellation at all,” he said. “All the stages were running. And in every situation we had the whole race running so it was all. On the whole like I said it was the most physical Dakar.”

KP kicked off the 2019 Dakar with a 71st place finish in stage 1 before progressively moving up the rankings, breaking inside the top 50 after the mid-rally break.

The Sherco TVS rider says his plan was to make it through the first half of the rally unscathed to gain confidence for a more aggressive assault in the final five stages.

“The whole strategy was to just get through the first week in good shape so I can feel good on the bike,” he explained.

“I just wanted to learn how the bike would feel, how I feel on the bike, how the terrain is. Just getting familiarised with how the rally was going.

“The second week is when I started feeling more confident and I could ride a lot better than the first week.” 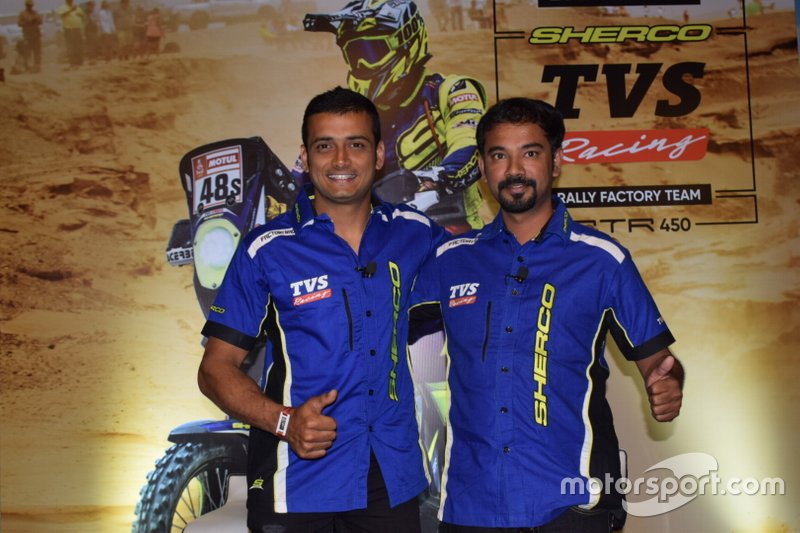 Both TVS and Sherco made several modifications to the RTR4 50 according to the specific needs of this year’s Dakar. The fuel tank was made bigger to meet the increased fuel demands posed by dunes, while the engine itself was tuned to produce more power.

KP believes the results of the changes were evident and he was more comfortable on the bike than ever more.

“Definitely a lot more improvement because it was a lot more easier to deal with the steeper dunes and get out of the sands,” he explained.

“When the bike has enough power is when the bike will come out of the sand easily. Otherwise it gets really physical to maneuver a bike that’s 150 kg when there is full fuel.

“I think all the developments that were made on the bike helped us perform better and made our life easier.”

Why Loeb cannot be allowed to give up on Dakar