Ekstrom not in DTM return discussions with Audi

Two-time DTM champion Mattias Ekstrom says he is not discussing a return to the series with Audi next season.

2016 World rallycross champion Ekstrom ended his DTM career at the end of 2017 to focus on his World RX programme with his Audi-backed EKS team.

But, following Audi’s decision in August to end its support for the Swede’s squad and focus on Formula E and DTM from 2019, Ekstrom announced after the final round of the series in South Africa last week that he would step back from racing full-time in World RX.

The Audi driver believes it to be unlikely that he will return to DTM in 2019.

“I’ve also been open minded and if someone would come and say ‘hey do you want to come and drive DTM’, I’d say ‘why not, but what’s the deal?’

"But, that hasn’t happened so I don’t even have to consider, and I’m also not 18 where I will go and run around and beg on my knees.

"I’ve done it for sure, but it needs a good commitment from me and it needs a team to commit as well and as Audi had a good team for sure they have smaller reason to do changes.”

Ekstrom says he is unsure what his future holds, having curtailed his final years in DTM with his rallycross exploits before focusing on rallycross full-time in 2018.

“I have been a part of a long-term process and I am also not going to go there and yell and say ‘hey give me a spot’,” said Ekstrom.

“For me it’s all fine and I can see that they have a good base. I don’t know who will drive but as far as I know today there is no change and no place free. There’s no offer to say come and run.”

Having lost out on a third DTM title in a final round decider at Hockenheim in 2017, Ekstrom made a final guest appearance in the German series at the 2018 season-opener at the same circuit.

With new regulations being introduced for 2019, Ekstrom says it’s a shame he never got to race with the more powerful cars.

“I had my amazing days but like I said when I left, I did 20 years of DTM and was yelling that the cars are under powered, now finally they got more power," he said.

"That’s the only thing that’s a bit of a pain. You manage to do 18 years, nobody is listening to you that you need more power, then you say you quit then the year after they have more power.

"I don’t regret anything at all, but I must say it’s a bit awkward and funny that it took so long for something like that to happen.” 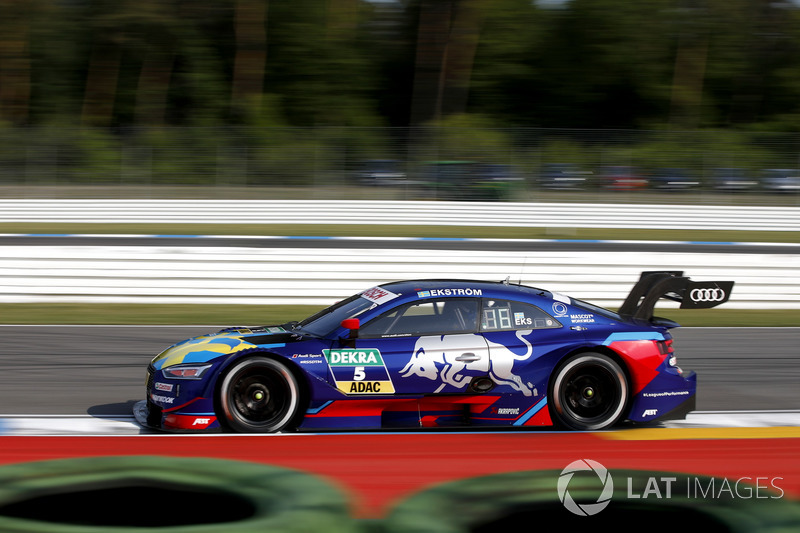