Pegasus Racing is about to spread its wings! 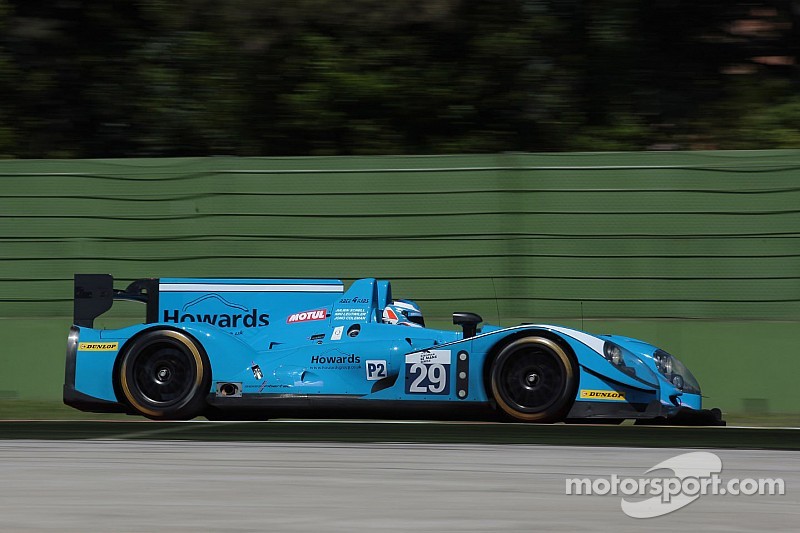 The team’s season finished with a hard-won eighth place in the Estoril 4 Hours.

The 2014 season saw Pegasus Racing return to the ELMS in which it raced between 2009 and 2011 when it was still called the Le Mans Series. The team’s season finished with a hard-won eighth place in the Estoril 4 Hours. The Strasbourg-based squad could have finished further up if it had not been slowed by an unexpected level of tyre degradation on its Morgan-Nissan LM P2.

Preparing the car for the race was not helped by the Portuguese weather. On Saturday morning the rain soaked the circuit so the teams only had the second free session to test their adjustments and validate the setups on the cars. Luckily, the rest of the weekend stayed fine.

I’m still as satisfied as ever that we chose the Morgan-Nissan LM P2 for our 2014 campaign.

Julien Schell was happy with the qualifying session in which the team finished in ninth place: “I’ve never felt so good in the car. We were able to match the pace of our rivals in qualifying and in the early stages of the race. At the start I gained two places and I spent most of my stint in sixth position. Unfortunately, after forty-five minutes the tyres were shot despite the fact that we’d opted for a fairly conservative choice of rubber.

So we had to readjust our strategy. As we had to change the tyres we also changed the driver and Jonathan Coleman set off for what was supposed to be a double stint. After his refuelling stop the tyres had cooled down and they went off completely. Jonathan started to lose a lot of time so we decided to cut short his second stint.”

Thus, Niki Leutwiler did the whole of the end of the race. Finally, Pegasus Racing used far more tyres than expected in the Estoril 4 Hours. “In normal circumstances we could have finished two places higher up,” reckoned Schell. “But there are a lot of positives to be drawn from our trip to Portugal. First of all, I’m still as satisfied as ever that we chose the Morgan-Nissan LM P2 for our 2014 campaign.

The guys from Onroak Automotive gave us a lot of advice at Estoril. We’ve gained experience; we were in the ballpark early on in the race and we saw the chequered flag. The team’s finished the season on a high note and we’re determined to attack 2015 with greater ambitions.”

Remember that in June Pegasus Racing finished the Le Mans 24 Hours in the top 10 in its category. Next year the Strasbourg-based team will enter two cars in LM P2 in the European Le Mans Series and in the Sarthe classic.

A new ELMS title for the ORECA LM P2 chassis !