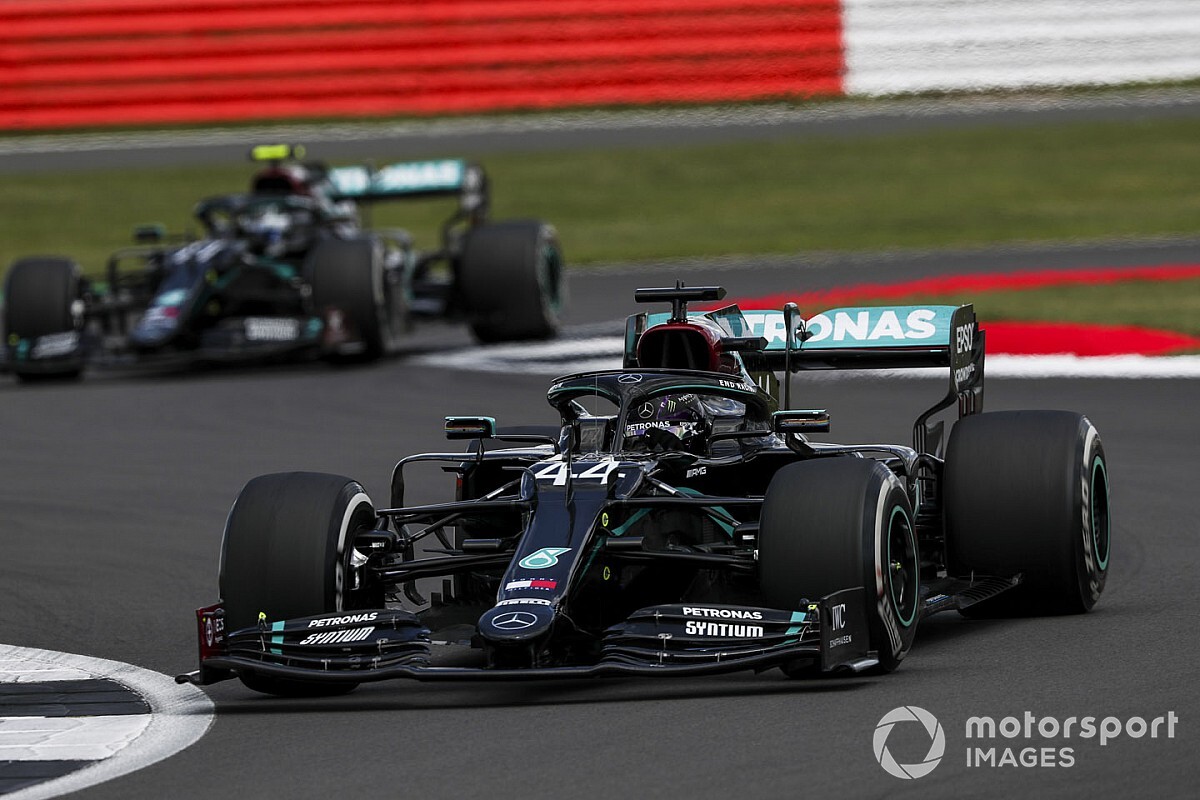 Formula 1 is making a second visit to the Silverstone this weekend for the 70th Anniversary Grand Prix. Here's how you can watch qualifying in your country on August 8.

Mercedes has been the dominant force in qualifying so far, locking out the front row in three out of four rounds so far. With that kind of form, the battle for pole position is likely going to be limited between Mercedes teammates Lewis Hamilton and Valtteri Bottas.

Red Bull is expected to be Mercedes' closest challenger over one lap, but it would be foolish to rule out Racing Point getting at least one of its cars on the second row.

Ferrari won't be too far behind, but the Scuderia has been faster in race trim than on one-lap pace this year.

What time does qualifying for the 70th Anniversary Grand Prix start?

Qualifying for the 70th Anniversary Grand Prix at Silverstone will be held from 2-3pm local time (BST).

Can’t find your country or region in the list? Check the schedule page for the broadcast times for qualifying in your local timezone.

Formula 1 is broadcast live in nearly every country around the world.

Europe: While the British Grand Prix was broadcast on both Sky Sports F1 and Channel 4 in the UK, Sky TV has the exclusive rights for the 70th Anniversary GP.

As for other European countries, RTL will show qualifying in Germany, Movistar will telecast it in Spain and Canal+ will carry the coverage in France.

North America: F1 fans in the US can watch Saturday's qualifying session on ESPN. Tudn will show qualifying in Mexico, while the TSN/RDS network will broadcast it in Canada.

Asia: Most of Asia is covered by Fox Sports, including India where F1 is broadcast by sister channel Star Sports Select 2. Fuji TV Next will carry live qualifying coverage in Japan.

Viewers from selected countries can subscribe to F1 TV to stream qualifying on a device of their choice. F1 TV also offers additional camera angles and other features.

Some local broadcasters such as Sky TV and Movistar also offer their own on-demand service.

Motorsport.com will be presenting its live coverage of qualifying straight from Silverstone. Make sure to check our website for live updates throughout the session.

Ferrari 'not the third quickest' F1 car despite upgrades