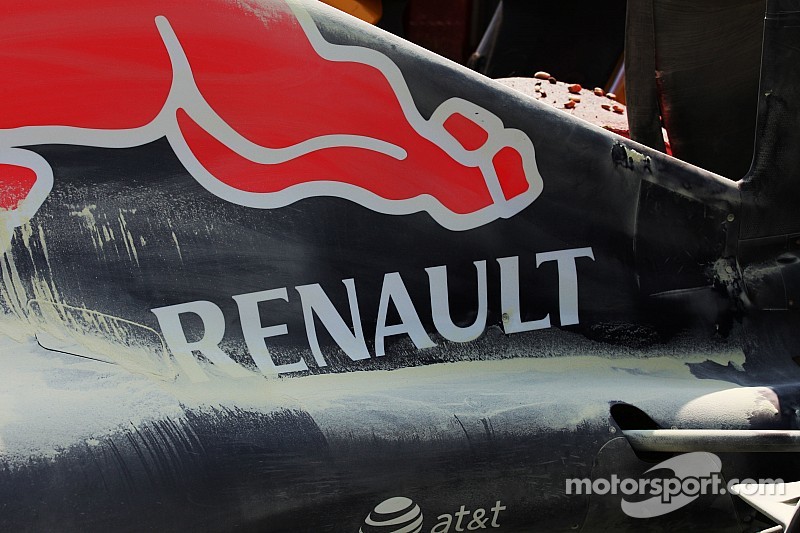 If Red Bull is serious about its plans to leave Formula 1, Renault quitting the sport first would be the perfect alibi, says Kate Walker.

To brutalise Shakespeare, there are more things in Dietrich Mateschitz' recent Red Bull quit threat than are dreamt of in our philosophy.

"We will only stay in Formula 1 if we have a competitive team, and we need a competitive power unit for that," Mateschitz said in an interview with the Austria Press agency.

"If we don't have one, we can race with the best car and the best drivers and still have no chance of competing for victory. We are not a car manufacturer who could justify the investment.

"So we rely on Renault to close the gap to Ferrari and, above all, Mercedes. If the cost-benefit calculation isn't right anymore, it's not to say that we'll continue forever."

While the tradition of seppuku – of falling on one's sword to save honour in the wake of failure – originated far from the European continent from which the Austrian billionaire hails, Mateschitz' comments were a tactical and deliberately unsubtle hint that Renault Sport F1 would be best served by removing itself from the competitive environment that is Formula 1.

"Of course Renault can also weigh its options, including pulling out," the energy drink magnate said. "As a manufacturer, it's your task to deliver a competitive power unit.

"If you can do that, it's great. If, for whatever reason, you can't do that, you should pull out. Then the consequences for us would be clear, too."

Mateschitz' suggestion that Viry-Chatillon should leave F1 if the power unit problems continue would also be the only way in which Red Bull Racing could exit the sport without losing an excess of face.

With no unit with which to power a tightly packaged, aerodynamically-stunning RB12 (or 13, 14, and so on…) the Milton Keynes racers could pin an F1 exit on the lack of an engine supply deal and not on their underwhelming performances this year.

Recent quit threats made by both Mateschitz and Helmut Marko were widely perceived as petulant sulks from a team that has forgotten how to lose, and which never took to heart the lesson that true sportsmanship involves managing periods of both feast and famine with good grace.

In PR terms, the Red Bull F1 effort took something of a knock, and was widely criticised.

Should the team elect to leave at the end of this season, it will not only be viewed as sore loser – something that would damage public perception of the global brand even if drink sales remained unaffected – but it would also be penalised by the commercial rights holder.

As with all Faustian pacts, Red Bull's preferential payment deal with Bernie Ecclestone has its downside.

The arrangement – which Red Bull were not the only team to accept – led to the creation of the reprehensible F1 Strategy Group, and required all signatories to commit themselves to the sport until 2020 in exchange for the right to write the rules and benefit from a fixed financial playing field.

To leave before that time would cost Mateschitz dearly.

But the Red Bull empire has Scrooge McDuck levels of money. Whatever pound of flesh the Formula 1 Group extracts for an early exit would not be overly painful.

The loss of honour involved in quitting Formula 1 because the race team has ceased to be victorious is a far higher price to pay.

To leave because of the impossibility of securing a new engine deal, however, is the only option for Mateschitz if he wants to exit the sport without doing irreversible damage to the brand's marketing ethos.

Since launching the drink on the global market, Red Bull has made a concerted effort to position itself as edgy, extreme and sporty.

All of the company's promotional initiatives, from sports sponsorships and team ownership to the creation of self-branded extreme sports competitions and events like Felix Baumgartner's Stratos space dive have been designed to solidify that association in the public eye.

Fleeing F1 because a winning streak came to an end is the antithesis of that ethos.

Being forced out of the sport because the exit of their power unit supplier left the team without a way to run its car when competitors Mercedes and Ferrari refuse it a supply deal because they perceive the team to be too much of a threat, however?

Marketing gold, and the only way the Red Bull behemoth can ever claim the underdog role in the F1 David & Goliath story.

BUSCH: Lear re-signs with PRW Racing and No. 77