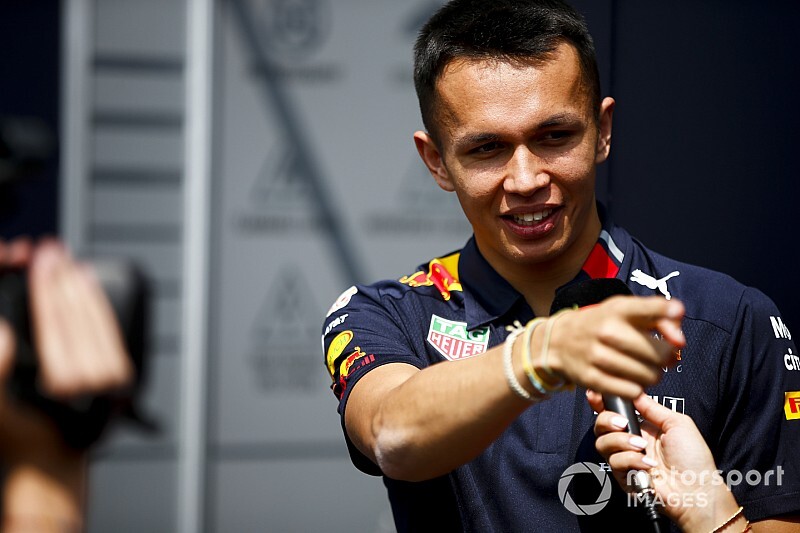 Red Bull star Alex Albon has won the Richard Mille Rookie of the Year at the 2019 Autosport Awards following a stellar debut campaign in Formula 1.

Albon was an unlikely addition to the F1 grid in 2019 having originally been signed on to race for Nissan e.dams in Formula E before getting the call-up to join Toro Rosso.

The British-born Thai driver enjoyed a solid start to his campaign, earning five points-paying finishes, including a strong sixth in a chaotic German Grand Prix.

When Pierre Gasly was demoted from Red Bull, Albon slotted into the role brilliantly at Spa to come from the back of the grid to finish fifth and carried that momentum to the end of the season by bagging a steady stream of top six results.

Albon ended the year as top rookie in eighth in the championship and earned himself a second year in main Red Bull squad for 2020. His prize was presented to the driver by Haas team boss Gunther Steiner, who reflected on Haas's difficult 2019 season and his hopes for '20.

"I was happy with Formula E [before an F1 chance this year], said Albon. "But I got into Toro Rosso, which was an amazing opportunity. Six months in, I felt really comfortable with the car and went into the summer break relaxed.

"I got a call from the guy [Helmut Marko], a 20-second conversation, to say I was in the big team [Red Bull] now. It's worked out really well, still a lot to improve - I know that. But I'm enjoying it."