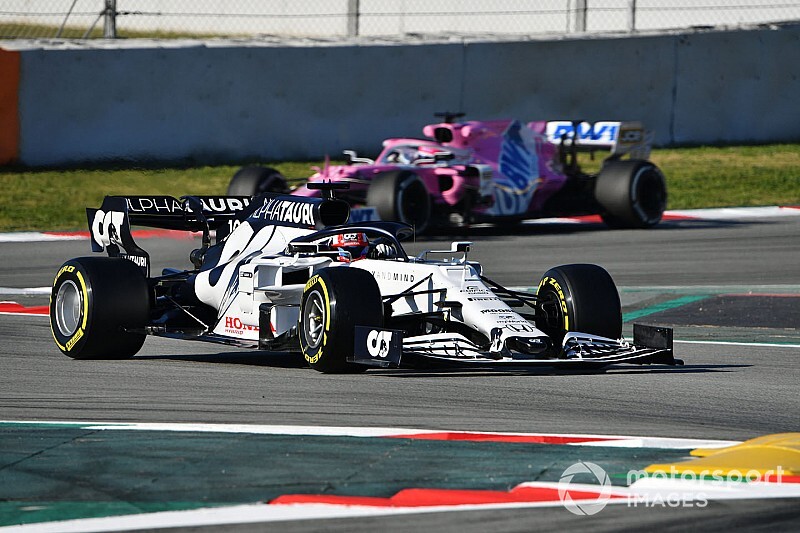 Racing Point stirred some controversy this week when it revealed its new RP20 was heavily inspired by the design of last year’s Mercedes.

While some teams are not happy at the prospect of teams copying each other, Horner thinks that anything which helps smaller teams be more competitive is a bonus.

“I think collaborations do make sense,” he said. “Otherwise, how do teams like AlphaTauri and Racing Point, Haas, even Sauber [Alfa Romeo], [compete] if they couldn't buy suspensions and gearboxes? All the R&D that they're going to have to conduct themselves will be big amounts of resource.

“Of course, some teams look like they've gone further in their cloning than others, but as long as it complies with the rules, I don't particularly have a problem with it.

“For Liberty it creates a more competitive grid. For the teams it makes Formula 1 more affordable. Of course you don't want 10 cars that all look the same, but I think there's elements to the car that are transferable, like suspension and gearboxes for example, that make a lot of sense.”

While there is no suggestion that Racing Point has breached the regulations with its design, McLaren team boss Andreas Seidl has called for strict policing of team collaborations to check that rules are followed.

“To be honest, I think the rules are pretty clear of what is allowed and what is not allowed and of course it's important already now in '20, that these rules are followed,” he said.

“There's limitations for each team of what you're allowed to do for example on the CFD side or in terms of wind tunnel hours. I assume that it's already properly policed now, that not one team for example is doing work, which then gets transferred to another team, because it would clearly not be within the regulations.”