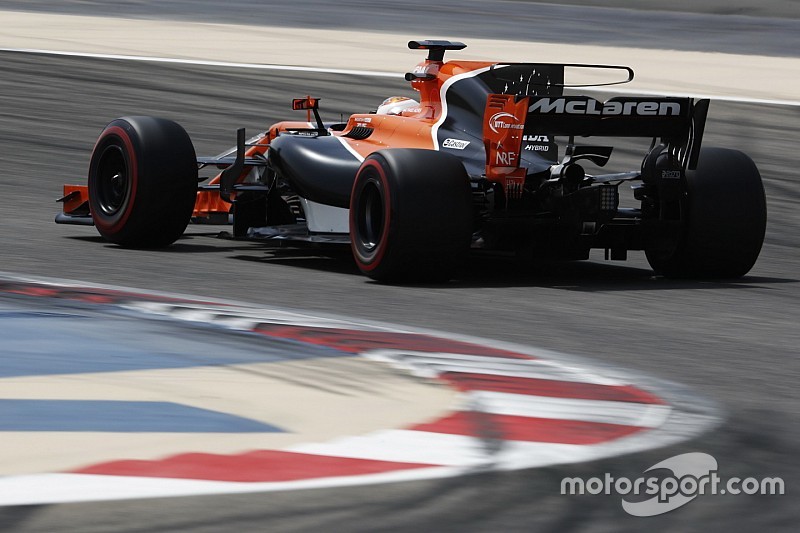 The Formula 1 Strategy Group has agreed rule changes for 2018 that will “strictly limit” T-wing and shark fin designs around engine covers.

Loopholes in the regulations drawn up for this year’s overhaul of the cars enabled teams to fit a small wing in front of the main rear wing, while shark fins on the back of engine covers also returned.

Both designs have proved largely unpopular, while Mercedes’ T-wing design has also been in the spotlight following a couple of on-track failures, one of which resulted in Max Verstappen’s Red Bull suffering heavy damage to its floor after he hit the debris.

A statement following the Strategy Group meeting on Tuesday said the changes will now be put forward to the FIA World Motor Sport Council for approval.

“Changes in the regulation boxes around the engine cover have been made so that designs incorporating the ‘T-wing’ and ‘shark fin’ will be strictly limited,” it said.

Another notable change that will be put to the WMSC is the use of standing starts following a red flag period, rather than the race resuming with a rolling, single-file start behind the safety car as is currently the case.

One change that will be put into action at short notice is a declaration that from the Spanish Grand Prix next month, “the sporting regulations will be strictly enforced to ensure the visibility of drivers’ names and numbers on the cars will be clearer”.

Pirelli has also been given clearance to develop 2018 wet-weather tyre compounds using previous specifications of cars and the older, smaller wheel dimensions.

While not every F1 team has a presence on the Strategy Group, those not involved will now be invited to the meetings as observers in a move designed to “demonstrate the effective commitment of both the FIA and the commercial rights holder to improve transparency in the sport”.

Tuesday’s Strategy Group meeting was the first one to be attended by F1’s new CEO Chase Carey.

F1 to ditch Halo in favour of 'Shield' concept