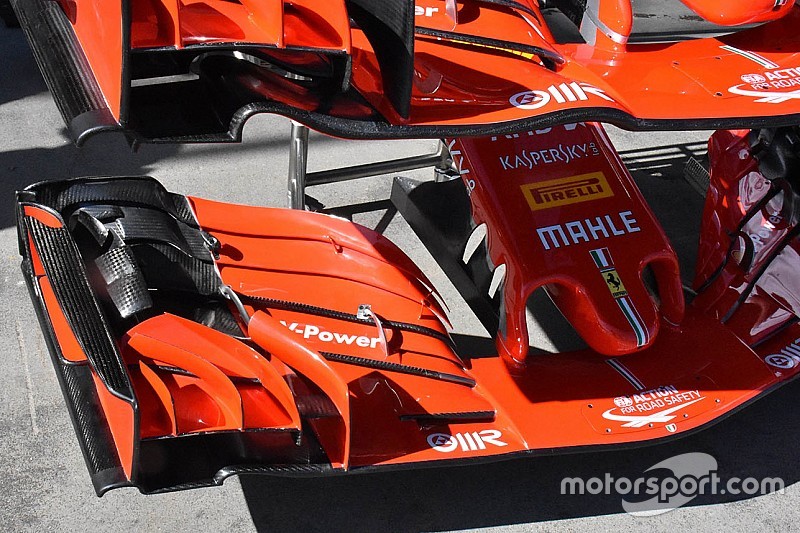 Giorgio Piola and Sutton Images help to expose some of the fascinating technical detail on show at the first race of the season in Australia. 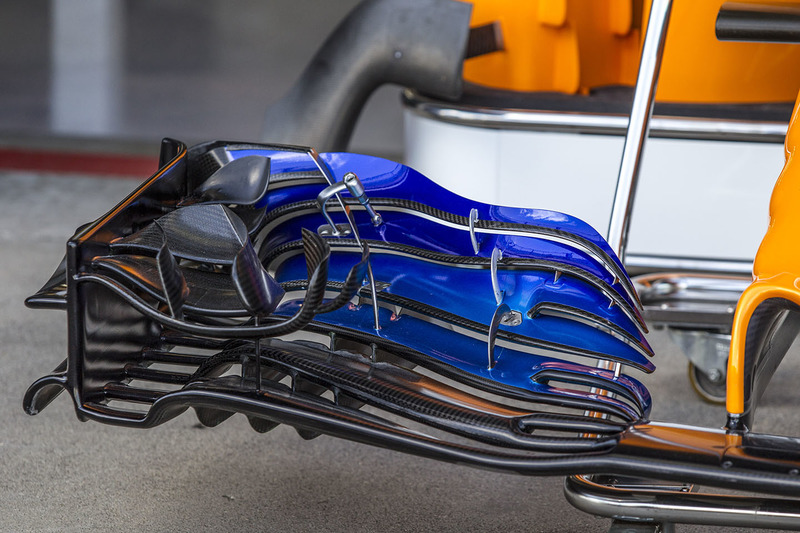 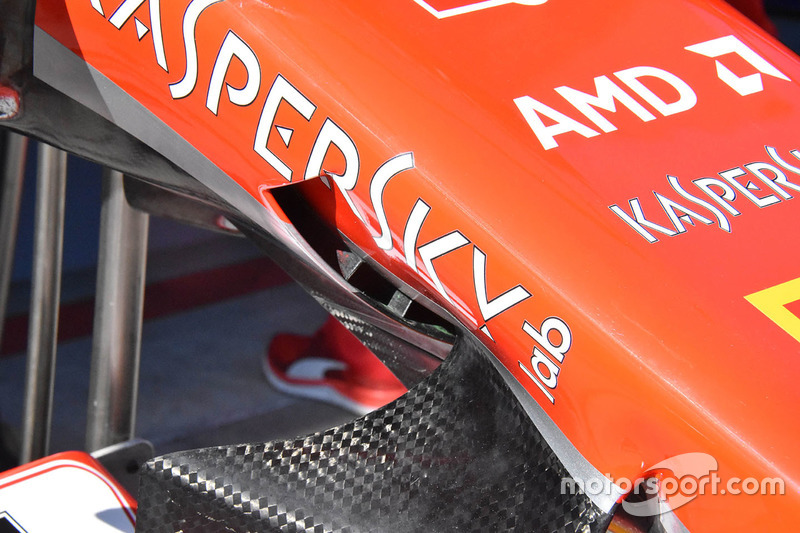 A close up of Ferrari's ‘S’ duct inlet, which for 2018 features three distinct channels in order that airflow not be choked in certain operating conditions. 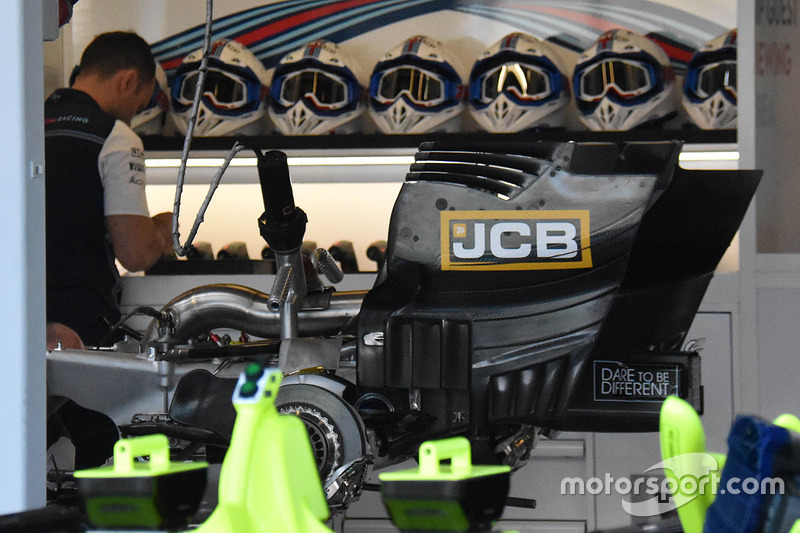 Although reports suggested that Williams would switch to a carbon gearbox casing for 2018 this image reveals it has retained a titanium one. Also noteworthy is the exhaust's tortured route as it arches down through the front of the casing. 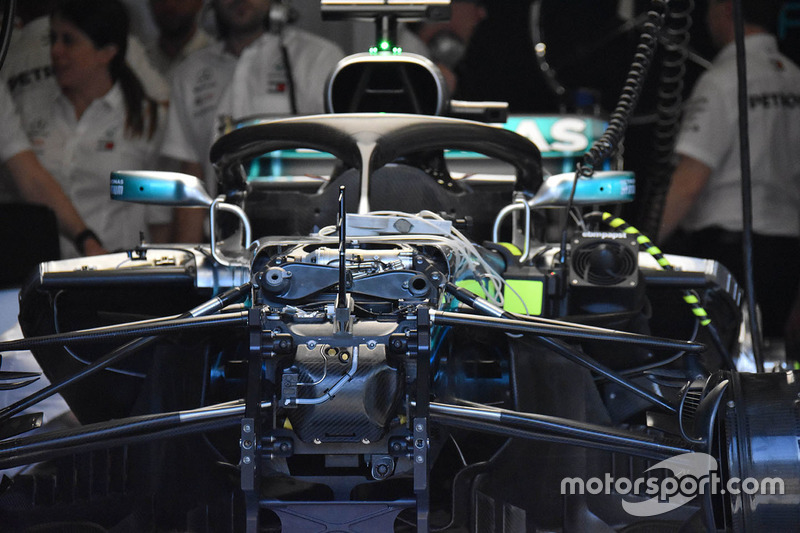 Mercedes' front suspension detail has some of its packaging revised. Also note the ‘heave’ damper, which is still likely hydraulic, has been deliberately obscured. 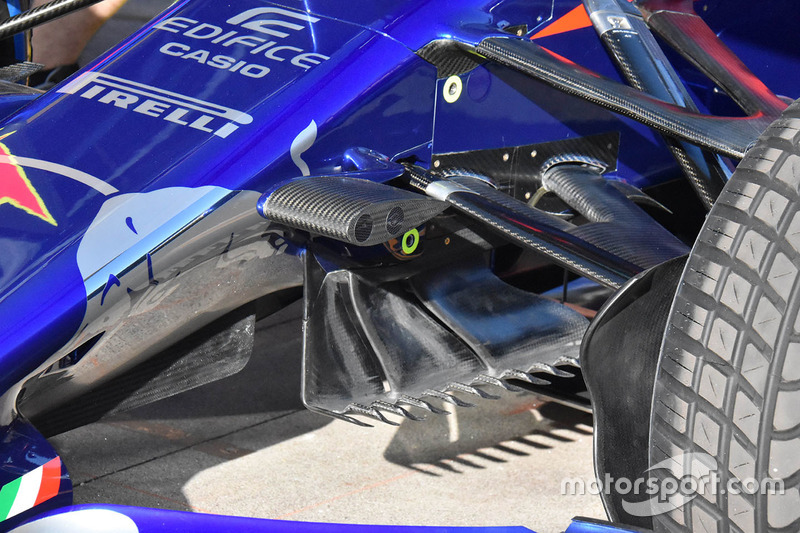 Toro Rosso’s multiple element turning vane solution under the bridge of the nose and chassis also features a row of serrations in the footplate. 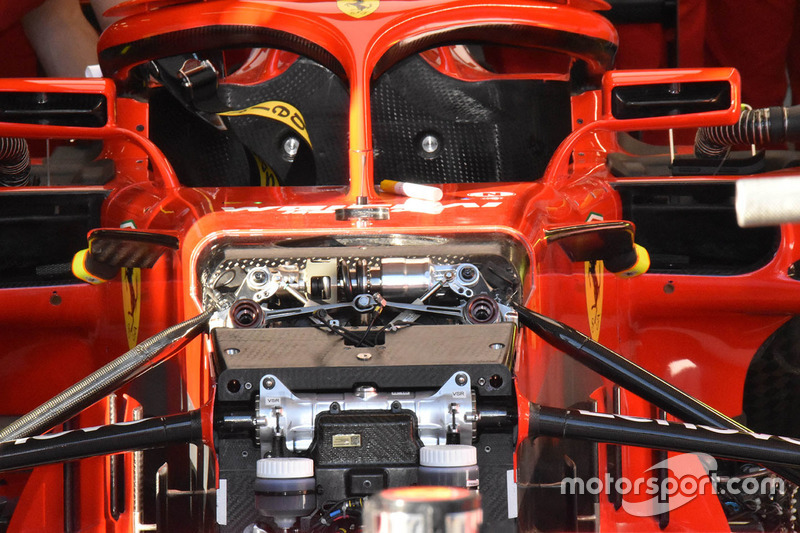 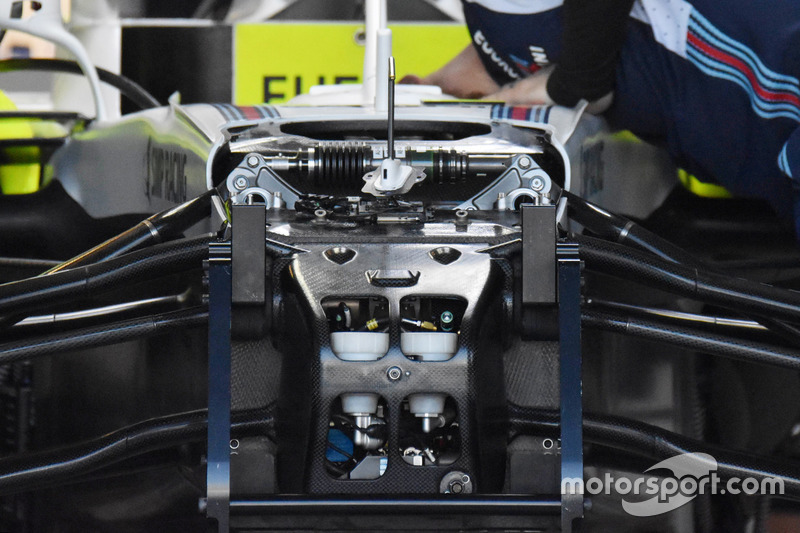 Notably the team has raised the position of the rocker arms this year. 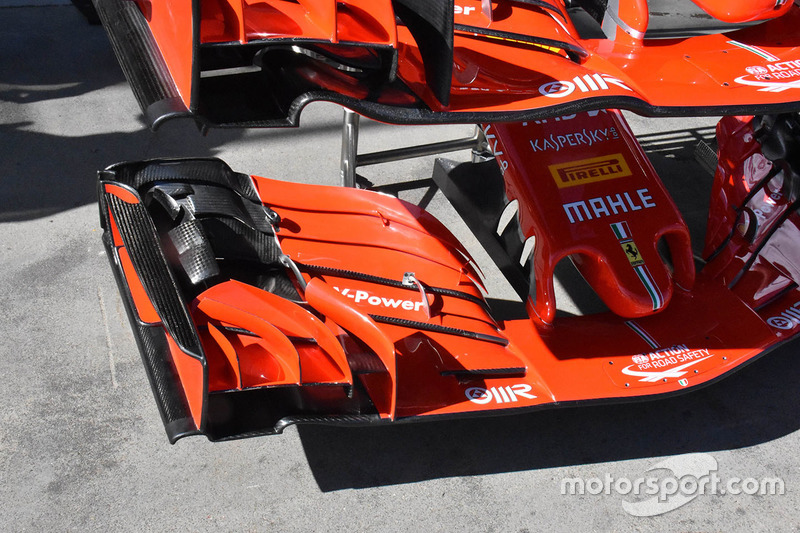 The more aggressive of the two front wing specifications that Ferrari has available in Melbourne, featuring a short slot in the inner section of both the mainplane's surfaces. 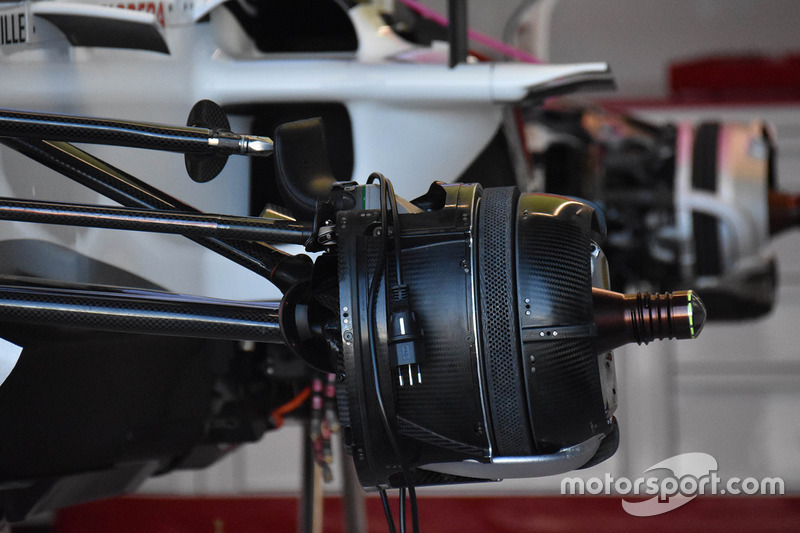 Note the upright extension which positions the upper wishbone much higher than would ordinarily be possible. 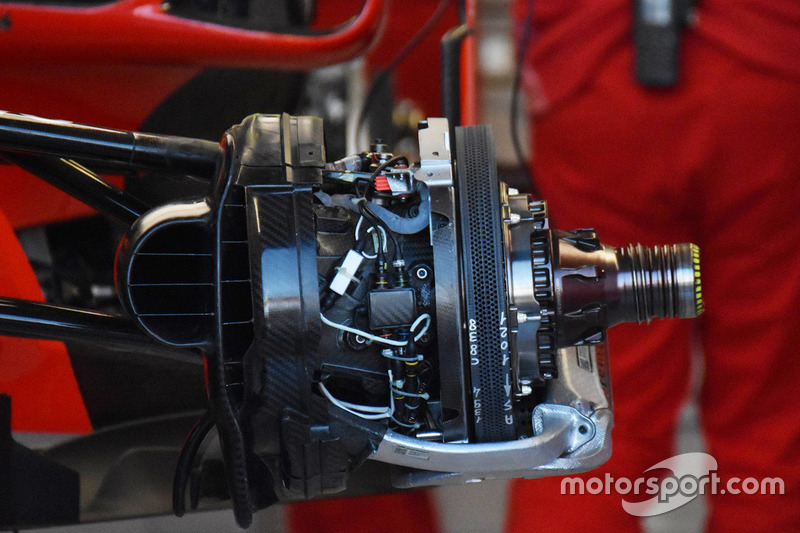 This features two inlets, the larger outer scoop and the smaller one that takes air in alongside the vertical fence and tyre's sidewall. Both are outfitted with horizontal protective fences in order that debris doesn't become lodged in them and reduce cooling efficiency. 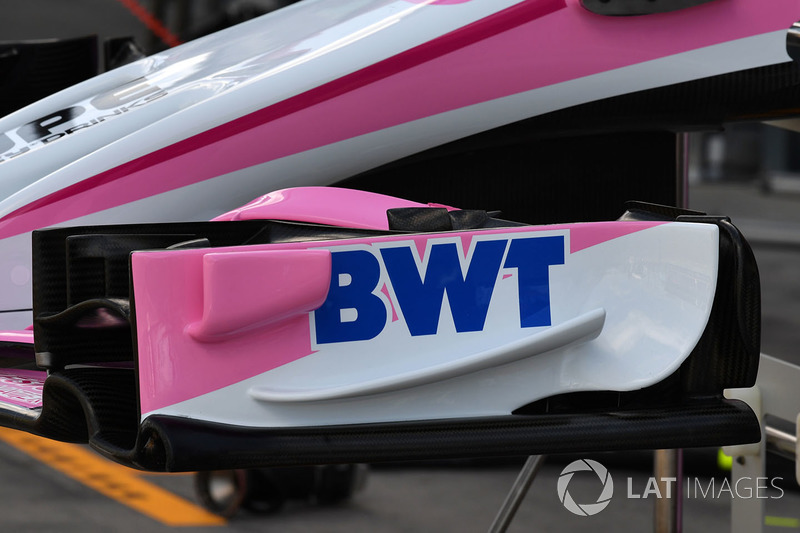 Force India continues to use the front wing endplate design championed by the team through much of last season that features two differently-shaped canards. 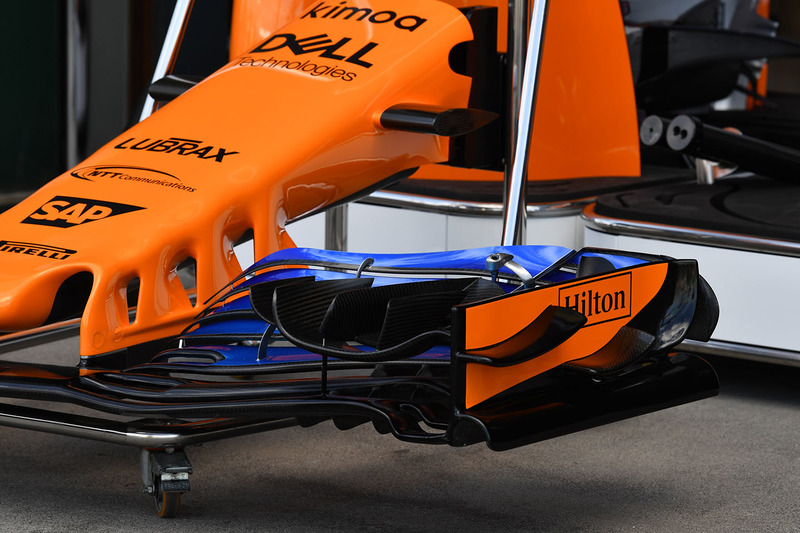 McLaren continues to use the same front wing pillar design as its predecessor – elongated and punctuated by 3 slots. 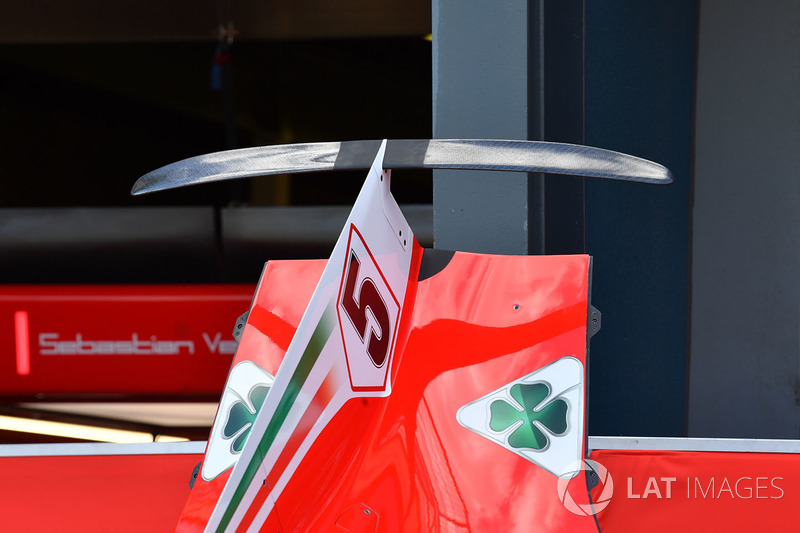 Ferrari's lower T-Wing takes advantage of the regulatory space left over by the FIA’s 2018 changes.

NASCAR Mailbag: Where does Toyota's edge come from?

The only other time F1 called off a race

Impossible to tell when F1 will be back to normal - Szafnauer