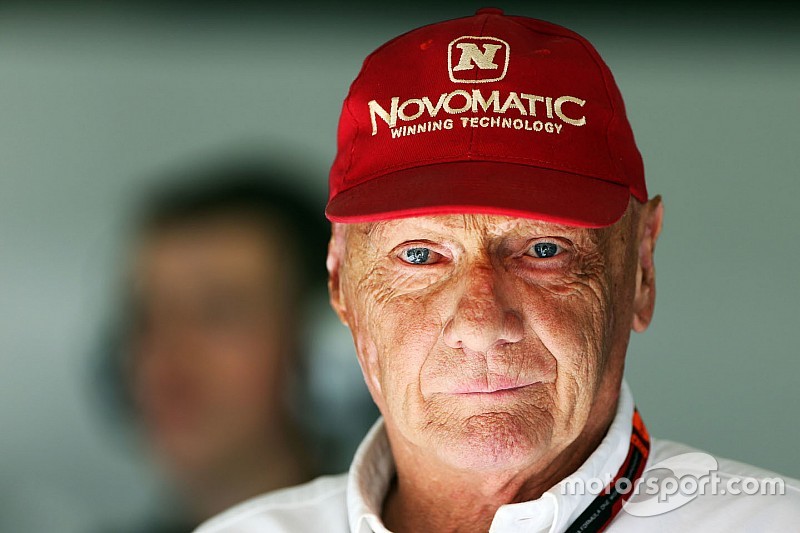 Formula 1 fans have been treated to an abundance of motor racing films in recent years – from the magnificent documentary Senna to Ron Howard’s superb portrayal of the Hunt-Lauda rivalry in Rush and the fascinating historical survey of safety in the sport in 1: Life on the Limit.

Joining this list of cinematic treats now is Austrian filmmaker Hannes M.Schalle’s Lauda: The Untold Story, a documentary that takes a closer look at the three-time champion’s infamous 1976 crash at the Nurburgring and its aftermath, as well as taking a look at subsequent safety developments.

Lauda inevitably covers much of the same ground as Rush, although the use of real-life footage with contemporary and modern interviews with the likes of Jochen Mass, Hans-Joachim Stuck and Jackie Stewart – as well as Lauda himself, of course – allows the film to differentiate itself sufficiently.

Schalle also took the unorthodox decision to split his work up into five discreet chapters, starting with the fiery shunt at the ‘Green Hell’ itself, then taking a step back to briefly examine Lauda’s career up until that point, before returning to 1976 for the third and most interesting segment.

The strongest part of the film, chapter three features plenty of hitherto unseen material related to the Austrian’s recovery, with even the most knowledgeable F1 fan all but certain to learn something new about the miraculous sequence of events that led to Lauda’s Monza comeback.

It’s after this that the film loses its way somewhat, as the fourth and longest section commences by going back in time to the dawn of motor racing at the tail end of the 19th century, and examining advances in safety in the sport from that point on.

In doing so, Lauda attempts to deal with much of the same subject matter as 1, but does so in a less engaging and less slickly produced manner, featuring detailed insights into very specific technical areas that are unlikely to be of interest to all but the hardiest of fans.

Casual viewers may also be put off by the fact that much of the interview material throughout the film (well over half) is in German with English subtitles – perhaps unsurprising given the origins of the film, but hardly conducive to enthralling English-speaking audiences.

But all of this material, worthy though it is, is cobbled together in a somewhat haphazard way – particularly in the history of safety chapter, which is comfortably the longest part of the film, swallowing up around 40 minutes of the relatively modest 90 minute run-time.

It was unfortunate that the filmmakers felt it necessary to devote so much time to the subject, as it detracts from what should have been the primary focus all along – Niki Lauda.

The insights into Lauda’s recovery from his near-fatal crash are easily the most captivating part of the film, and it would have been a better use of the run-time to see similarly in-depth treatment given to his post-1976 career that viewers of Rush may not be so clued up on.

Admittedly, the fifth and final section does deal with this topic, but only in a brief five minute postscript that smacks of being little more than an afterthought.

And that, in many ways, sums up Lauda: The Untold Story – Schalle and his team deserve credit for the breadth of material they were able to assemble, but the way it’s all been sequenced and pieced together makes the end product tough to recommend to the casual viewer.

Lauda: The Untold Story will be given a limited cinematic release in the UK on 2 July 2015.

Ricciardo: Risk required to be quick in Canada