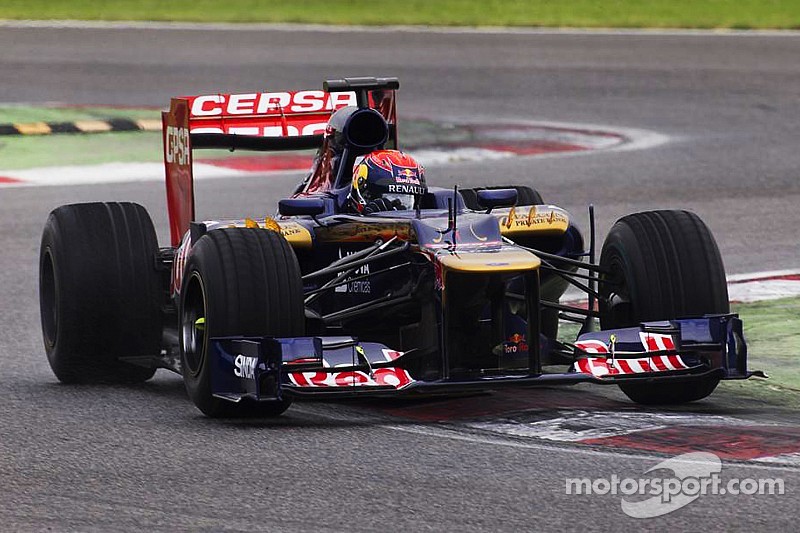 Just a few weeks after having signed a Formula One deal for the 2015 season, in mid-August, Max Verstappen (Van Amersfoort Racing) was offered the chance of testing the Formula One car of his new team, Scuderia Toro Rosso, for the first time. At the Adria International Raceway, the 16-year old Dutchman who currently holds second position in the FIA Formula 3 European Championship, completed nearly 150 flawless Laps.

He doesn’t make any mistakes and if you explain him something, he realises it right away.

Max Verstappen already drove a Formula One car during the Rotterdam Road Show but the outing at the Adria International Raceway was his first real test. In the opening stages, the Dutchman had to adapt to wet conditions but around noon, the track had dried enough for using slicks. Verstappen used the time for trying a lot of different things that also will be important on a GP weekend: he drove short and long runs and practiced pit-stops and starts. At the end of the day he had completed a total of 148 trouble-free laps, representing a distance of 395.3 kilometres.

“I really looked forward to my first Formula One test on a real racetrack and I enjoyed this day to the max,” he revealed. “It represented a good opportunity for familiarising myself with the car and getting to know Xevi, my engineer for the coming season. I think everything went well and I just can’t wait for getting back behind the wheel of the car,” beamed Verstappen who switched from karting to single-seater racing only at the beginning of the 2014 season.

Steve Nielsen, Scuderia Toro Rosso Motorsport Director, was thrilled by the performance of his new signing: “Max did a very good job, in his first real Formula One test,” he said. “You never had the feeling that it was his first test in the cockpit of a Formula One racer. He doesn’t make any mistakes and if you explain him something, he realises it right away.”

The future of Ferrari - What happens now?

Why TV made Senna's qualifying laps look so fast