Hamilton had worked closely with Hynes, a former British Formula 3 champion, for five years after being friends since their junior racing days.

As well as being a trusted confidante of Hamilton, Hynes helped run the ‘Project 44’ management company that looks after the driver’s career and business affairs.

But ahead of the new season, Hynes has elected to pursue other interests, and that will force Hamilton to change how he does things.

Although the pair have gone their separate ways, Hamilton insists the parting was fully amicable.

“We've had an amazing partnership together and I’m really, really grateful and proud of the work that I think we achieved together.

“I am doing some small restructuring now moving forwards and ultimately there are plans that we're working on for the future. And so there will be someone for this potentially for the short term, and I'll figure it out as I go along.”

Hamilton’s management shuffle comes with him having signed just a single-season contract extension with Mercedes for the 2021 F1 season.

He is also setting up an extra base in the UK, which he will have alongside his homes in Monaco and Colorado.

“I live in the dream place that all the other drivers live in, in Monaco,” he said. “I do have a home in England which I'm really, really excited for it to be finished. So when I do come to England, I have finally an anchor and finally a place to call my own.

“So rather than staying in hotels, which is never particularly enjoyable, considering that's what we do a lot through the year. So I think it's a start of something great and a place that I'll be able to naturally have my family come to, and maybe in the future, have a family.” 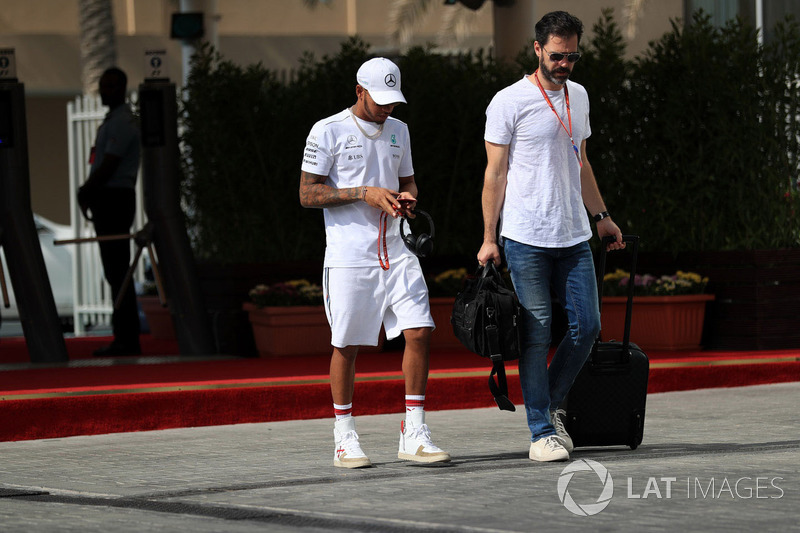 Action not slogans will define anti-racism push in 2021, says Hamilton

Video: When Hamilton first had a bad F1 car

What Russell's current Mercedes form means for his F1 future

Haas expects no "pain" from two-month wait for F1 updates