Lewis Hamilton believes Mercedes will be “a little bit more cautious” with its Formula 1 set-up experiments from now on after often taking responsibility for them this season.

By:
Luke Smith
Co-author:
Jess McFadyen
Listen to this article

In a bid to try and unlock more performance amid the porpoising and bouncing issue that has blighted its W13 car so far this season, Mercedes has opted for a number of set-up experiments during practice at the opening nine grands prix.

Hamilton has often taken the lead on Mercedes’ set-up experiments this year due to his greater experience compared to new teammate George Russell, who is only in his fourth full F1 season.

Hamilton revealed on Friday morning in Canada that he was set to run “something relatively extreme” in practice as part of his experimental role, but later said it was a “disaster”. The seven-time world champion ultimately finished Sunday’s race in third place, matching his best result of the 2022 season so far.

Asked by Motorsport.com about his “guinea pig” role so far this year, Hamilton joked that “maybe in the second half of the season, George can do the experiments!”

But he hoped the experiments would become more cautious from now on to avoid hindering his race weekend too much, despite the progress the team is still looking to make.

“Moving forward, I think we'll be a little bit more cautious on doing too many experiments as it really does hinder you through the weekend, especially if you only have practice one and two in the dry and don't get a FP3, for example,” Hamilton said after the race in Canada.

“There are lots of learnings from this weekend and improvements that we can make moving forwards.

“But you know, [there was] really great pace on Sunday, and it's so nice to see, it’s not always been the case I've had with this car so it's nice to have a bit of a good battle with her today - her or him, whatever you call a car.” 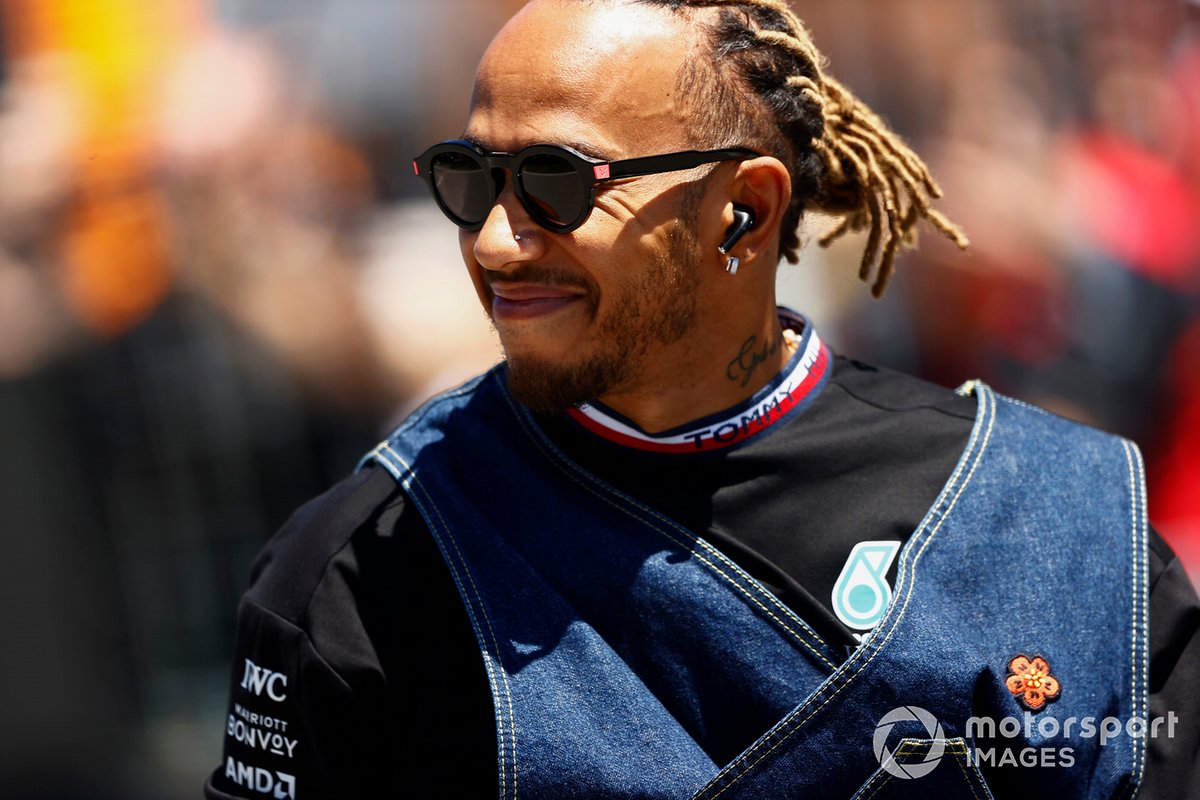 Hamilton was hopeful that his home grand prix at Silverstone next weekend would offer a similar kind of step forward as Mercedes bids to get in the fight with Red Bull and Ferrari at the front.

“I just want to be in a battle with these guys,” Hamilton said, referring to fellow podium finishers Max Verstappen and Carlos Sainz.

“At the end there when the safety car came in and we started again, the dream was if I can keep in that battle with them and find a way, but they were rapid. But we will get there eventually.”

Mercedes: Flashes of F1 form are “annoying” trait of W13