Mercedes says it is willing to risk the threat of a protest at the Abu Dhabi Grand Prix by running its wheel spacers for the season finale. 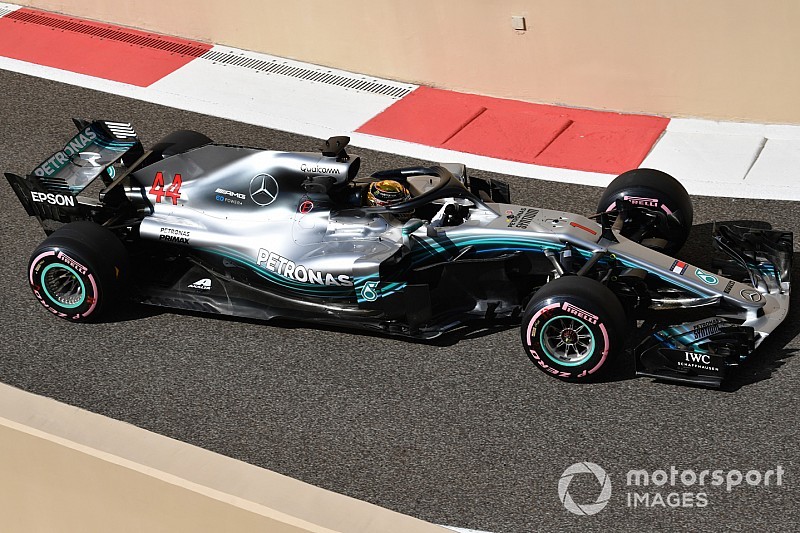 The controversial wheel rim design – which features extra holes to help cooling of the rear wheels – has triggered unease from the Ferrari team, which has questioned its legality.

Although the concept has been signed off by the FIA technical department, and was approved for use by the stewards at the Mexican Grand Prix, Mercedes has avoided racing the spacers since Japan because it did not want to risk a potential protest from a rival team.

But with both world championships now settled, Mercedes boss Toto Wolff says his outfit is more willing to run them – with a final decision set to be made ahead of Saturday.

“We are testing them today and then we will decide whether we run them open or closed,” Wolff told Sky F1. “Probably we will run them open and see what the effect is.”

Wolff clarified that Mercedes had taken the spacers off its cars for recent races because it wanted to avoid any chance of its championship success being tainted by a legality dispute.

“We wanted to avoid the controversy,” he explained. “It was a very hot topic. Ferrari didn’t like them, [but] we got permission from the FIA to run them.

“We didn’t want the championship to end up in the courtroom. We didn’t see it is a massive benefit, so we might as well give it a go this weekend.”

Ferrari has always denied that it ever had any intention of lodging a protest over the matter, but Mercedes has until now been reluctant to risk any chance of post-race trouble.