The FIA has given the all-clear to Mercedes' clever new wheel hub and rims, in the wake of a clarification request from Ferrari. 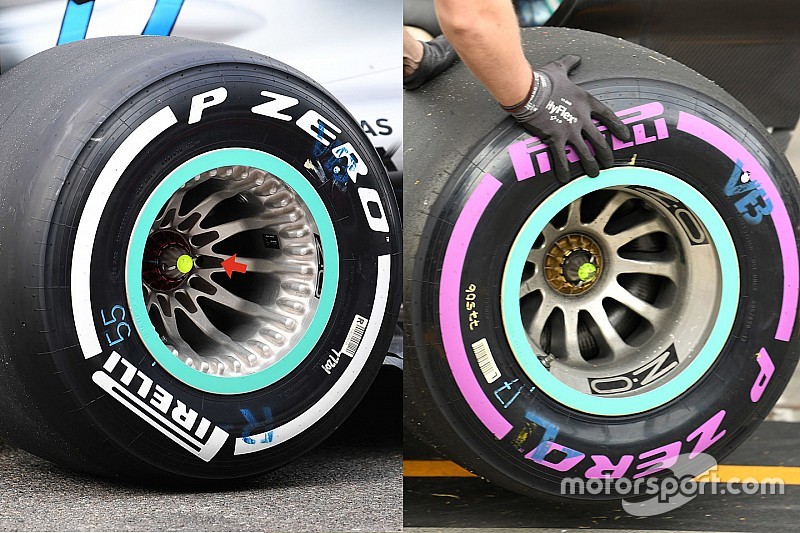 Sources have revealed that Ferrari approached the FIA asking questions about the rear wheel rim and hub design that its title rival had used in recent races.

In particular, Ferrari wanted to know why Mercedes was able to run with a rim design that featured a collection of holes that appeared similar in many ways to a concept that Red Bull was banned from using at the 2012 Canadian Grand Prix.

Back then, Red Bull was forced to make modifications to its front wheel hubs because holes that channelled air from the brake ducts to the outside of the wheel were ruled to be moveable aerodynamic devices. 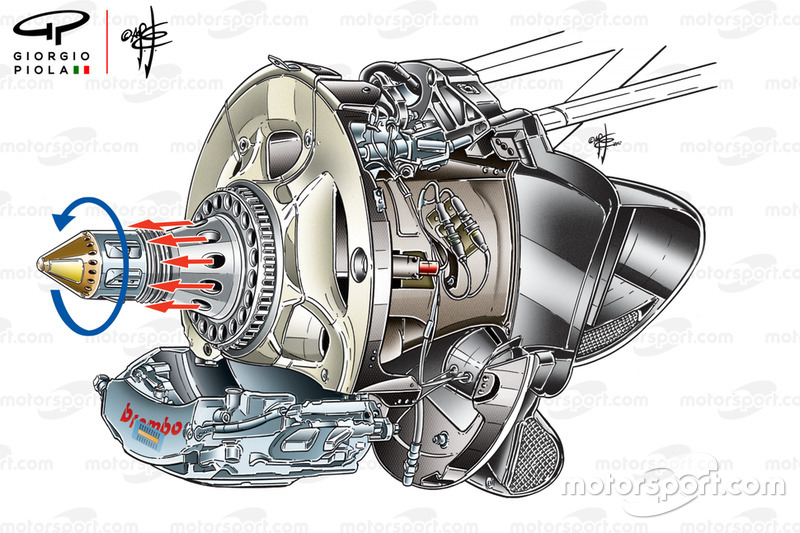 The rotation of the air in the hub was deemed to have been energising the air flow, so was ruled to be illegal.

Amid the focus from Ferrari about how its main rival has been able to make such big gains with its car since the Belgian Grand Prix, there has been a great deal of interest on the new wheel hubs and rims that have helped Mercedes better manage tyre temperatures.

At Spa Francorchamps, new wheel rims were fitted to the car with extra ridges aimed to helping cool the rear tyres. 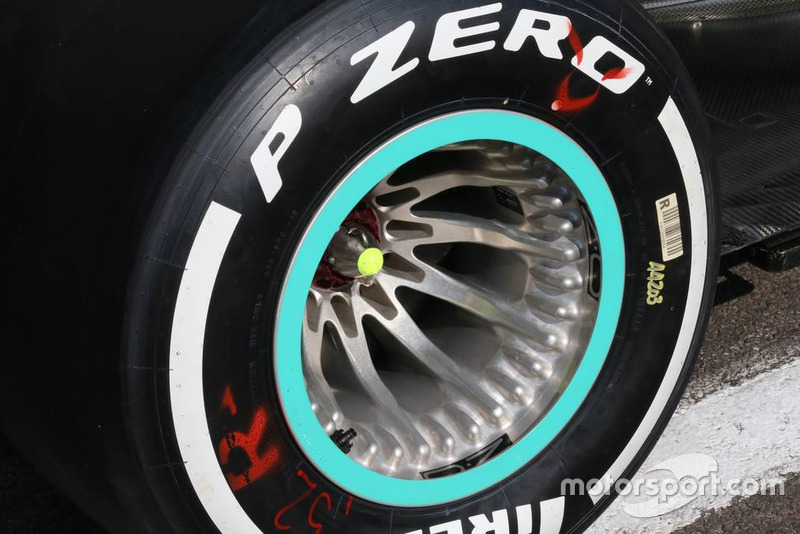 This change was subsequently followed up with suspension tweaks and a new rear wheel hub design (below) at the Singapore Grand Prix – which was a race where Mercedes pulled off a major surprise as it ended up the quickest car. 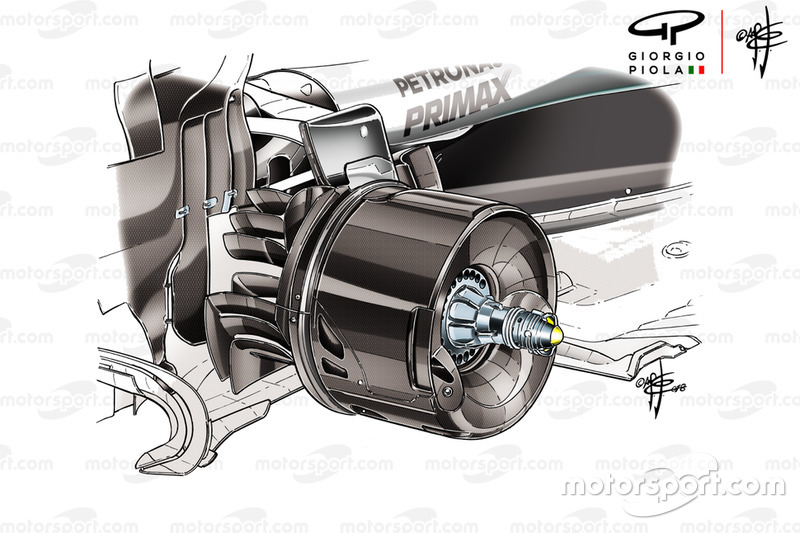 But intrigue about what Mercedes was doing was fuelled when pictures of the inside of the new Mercedes wheel rims showed they had holes inside where the hub attaches to it – as can be seen in this photograph. 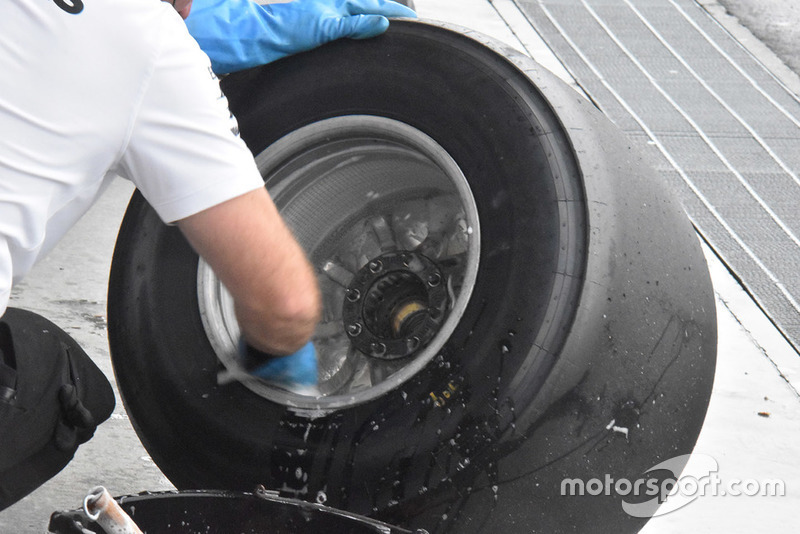 The presence of the holes pointed back to Red Bull's banned concept from 2012 where air channels were rotating to help with airflow. 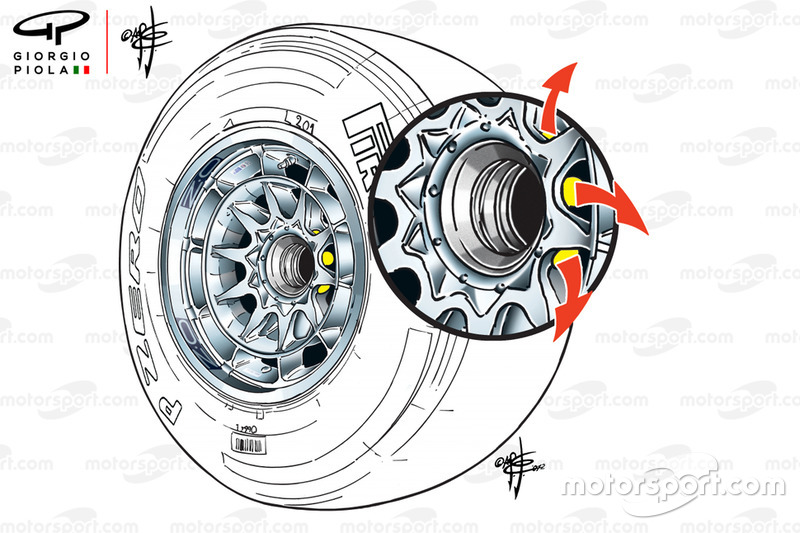 The current concept of blown axles – which was pioneered by Williams in 2013 – has always been based on the airflow channel being fixed, as can be seen below, so there could be no grey area about the holes rotating. 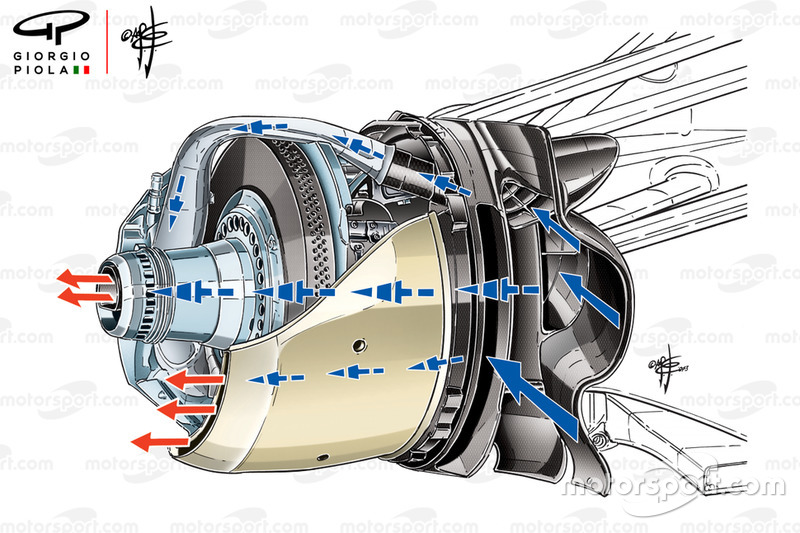 In a bid to clear up the matter, Ferrari elected to query it with the FIA to try to understand if it needed to pursue its own solution or whether Mercedes had pushed things too far.

Following the Ferrari request, it has emerged that the FIA has looked in detail at the design and concept of the Mercedes hubs and rims – which one source has described as 'interesting'.

The FIA's investigation has concluded that what Mercedes is doing is very different to the 2012 Red Bull system and is fully in compliance with the regulations.

Both Mercedes and Ferrari have subsequently been informed about the FIA's ruling on the matter.

The dispute over the wheel design comes amid the backdrop of long-running tensions between the teams this year over design developments – which have included Ferrari's double battery system and mirror designs on both cars.