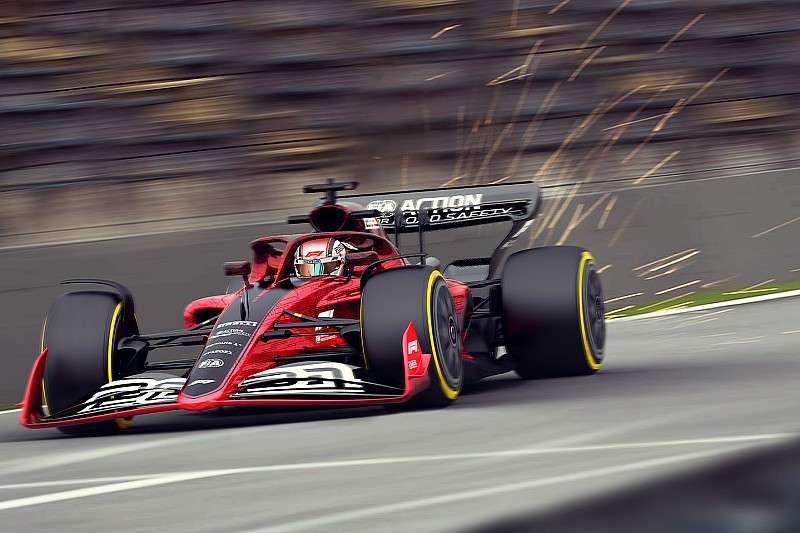 The massive overhaul of regulations for next year, aimed at making the racing better and helping close up the grid, has opened up the risk of a team making use of a grey area in the rules to find a potentially decisive advantage.

But Brawn, whose eponymous team famously used the double diffuser to great effect in 2009 to win the title that year, says the structures being put in place should help avoid such a scenario.

In particular, he cites a new rules-making process between the teams and F1's rule makers as being a key factor in helping matters.

The new structure being proposed compromises of 10 votes each for teams, for F1 and for the FIA. Changes for the following year would require a 'simple' majority of 25, whereas more immediate rule changes require support from a 'super' majority of 28.

This effectively means there are circumstance where if one or two teams have found a way around the rules, then they will not be able to prevent others from shutting it down immediately.

Speaking about the proposed changes, Brawn said: "The governance in the past has been the teams have to all agree to make a change.

"We're pushing through governance where we can make changes, with much more short notice than at the present time. So, if you exploit a loophole in the future, you can be shut down the next race, which you could never do now.

"If one team stands out there with a solution that had never been conceived and had never been imagined, and destroys the whole principle of what's trying to be done, the governance would allow, with sufficient support from the other teams, to stop it. And this is a whole different philosophy.

"And what then happens, someone who has a loophole thinks to themselves, do I want to use it and risk it being stopped? Or do I want to tell the FIA about it because it wasn't intended?"

Brawn does not believe that the new structure will stifle innovation, as he reckons moves to change rules will only be pushed through if there is a clear exploitation of a grey area.

"We want people with an understood set of regulations to be the best at what they do," he explains. "And I think they have to rely on us, and the FIA, that we're not going to penalise someone who has a great idea. And that is subjective.

"But is a great idea the fact that somebody put a comma in the wrong place in the regulation, which means a lawyer can interpret it in a diverse way? I don't think it is.

"I think a great idea is: this is what was intended, we realised we can do this. So it's a fine line, but the governance in F1 is just as crucial a part of the process as the other changes we've made.

"But I think you have to look fundamentally at the fact that only three teams won [recently], and are only ever going to win, because no one else even came close.

"And you are just leaving things at risk, with the budgets those teams are spending, to a slight downturn in the economy and then suddenly it becomes a problem [for F1].

"So there is a risk. There's a chance that in 2021, somebody will get a jump on the opposition. But I think it's a necessary reset. Otherwise, I don't know we are going to correct the situation we're in."

For Brawn, the mantra about rule stability being all that is needed for a closer fight is a form of propaganda that has been long been used by the top teams to retain their dominant positions.

Asked about the prospect of a super close 2020 because of rule stability, Brawn said: "Yeah. And that's been their defence, if I can put it that way, that as we carry on, then the competition will improve because with stability [things close up].

"But that stability is limited to three teams and it's teams which are spending probably approaching half a billion pounds. We don't think that's a good situation. We want F1 teams to succeed in a much more sustainable way than that.

"We want Mercedes to be in a situation that it's such good value for money, there's no way they'll ever stop, because why would they? The amount they are spending, they are getting far more return than spending.

"And if there was a little tremor in their economic environment, it's fine because they can cope with it and it doesn't matter. And that's why we think there's a need for change."

The changes that F1 rejected for 2021