Nico Hulkenberg's failure to land a Formula 1 seat for 2020 would be proof of how "sad" the sport has become in not letting talent shine through, reckons his former teammate Sergio Perez. 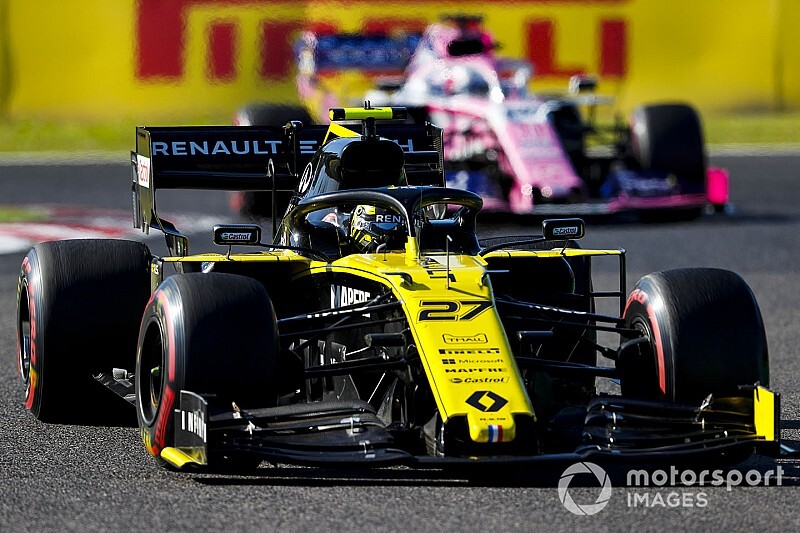 Current Renault driver Hulkenberg is fighting to keep himself on the F1 grid next year after his bosses elected to replace him with Esteban Ocon for next season.

Options elsewhere appear very limited, especially since Hulkenberg does not bring big sponsorship backers with him.

For Perez, who partnered Hulkenberg at Force India from 2014 to 2016, the plight of the German is something that he thinks reflects very badly on F1.

Asked by Motorsport.com how he would feel if Hulkenberg failed to stay on the F1 grid in 2020, Perez said: "I would be very sad, because it just shows how sad Formula 1 is, that talent in the end, or results, don't count enough in the sport.

Perez reckons the situation is especially frustrating because Hulkenberg has been performing at the same level as Daniel Ricciardo this season.

"We all know the level of Nico," he said. "So I think it should be up to him to decide whether he carries on or not, because he is one of the best out there."

Hulkenberg's best hope of a seat rests with Alfa Romeo, whose decision on who will partner Kimi Raikkonen rests on whether or not Ferrari wishes to continue with its junior driver Antonio Giovinazzi and commit to the team's second seat to him.