Schumacher has the talent, the speed, and the wealth

The seven time FIA Formula One world champion returned to the prestigious series in 2009 after a brief self-imposed leave of absence. When he announced in 2006, it was a blow to his fans and a surprise to many. He was the highest paid driver at the time with records of the most career wins, most wins in a single season, and the holder of the most poles, and the list continues but this article is about how he lives life to its fullest.

Since returning to Formula One, he has yet to take a grand prix win, but he finally made it onto the podium this year in the European Grand Prix after a dismal start to the 2012 season. He had five retirements and two 10th place finishes before his third place finish on the Valencia Street Circuit. Since then, the German has added two more top ten finishes. The Mercedes factory team driver is still looking for the elusive victory! 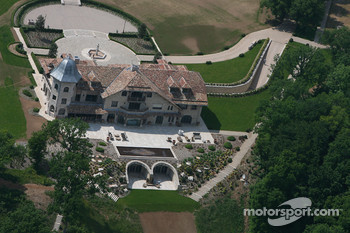 Despite having not yet won a grand prix since his return, Schumacher knows how to relax and enjoy time with his family and close friends. He and his wife Corinna continue to work as a team when it comes to his choices as a racer and their jet-set life style. They value their children, and is one of the reasons that all kids across the globe have a better life.

They built their mansion in 2008 and while the dollar figure was very high, the family enjoys their new digs. Their house alone is 2200 square meters with over 40 rooms. There is room for 29 cars in the garage where Schumacher can have a lot of stylish and top of the line sports cars. The property sits on Lake Geneva in Switzerland.

The grounds alone are remarkable as viewed by the aerial images. On the ground is a helicopter landing area and a football field. Schumacher has amassed many awards over the years and the new home has a special trophy room that is 70 meters long.

The German is known for his love of racing, and that does include riding horses on his own ranch. The CS Ranch was a gift to his lovely wife and is located in the Swiss town of Givrins. Not only does it house their own horses, but it also has an area where competitions are held. 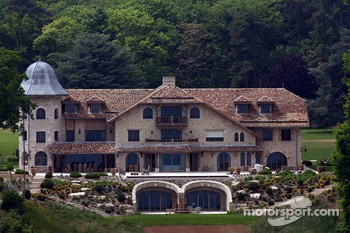 Schumacher was an official brand ambassador of Audemars Piguet. He is a perfect fit for the company due to his own private collection of timepieces. He has another hobby which includes flying. His personal jet is used to fly him and his guests to each grand prix event.

Apparently the German was gifted a man-made island off the coast of the United Arab Emirates. It is said to be a parting gift to Schumacher from Sheikh Mohammed bin Rashid Al Maktoum. The remote island can allow the family a retreat; mainly from the media.

Wealth aside, the seven time F1 champion is very involved in charitable programs; mainly for children. He does not just give out of his own pocket. Schumacher is a volunteer and helps organize events to raise the needed money. For the UNICEF program, he has raised millions of dollars to so that all children across the globe will have an education, better health care, and emergency relief. Besides the UNICEF organization, Schumacher helps the Red Cross.

The one closest to his heart is UNESCO; he received an award by being named an UNESCO Champion for Sport in 2002.

Michael Schumacher is closely associated with UNESCO and has been named a UNESCO Champion for Sport in 2002. UNESCO works to create the conditions for dialogue among civilizations, cultures and peoples, based upon respect for commonly shared values.

The German has been very keen to help out his fellow younger countryman, Nico Rosberg. The younger of the two Mercedes teammates is also a family friend.

At this time, Schumacher is deciding on his future. While some are critical of his remaining in Formula One, there are many who would like him to stay. His fans are numerous and they realize for the sport, having Schumacher remain is a plus as he does draw an audience! 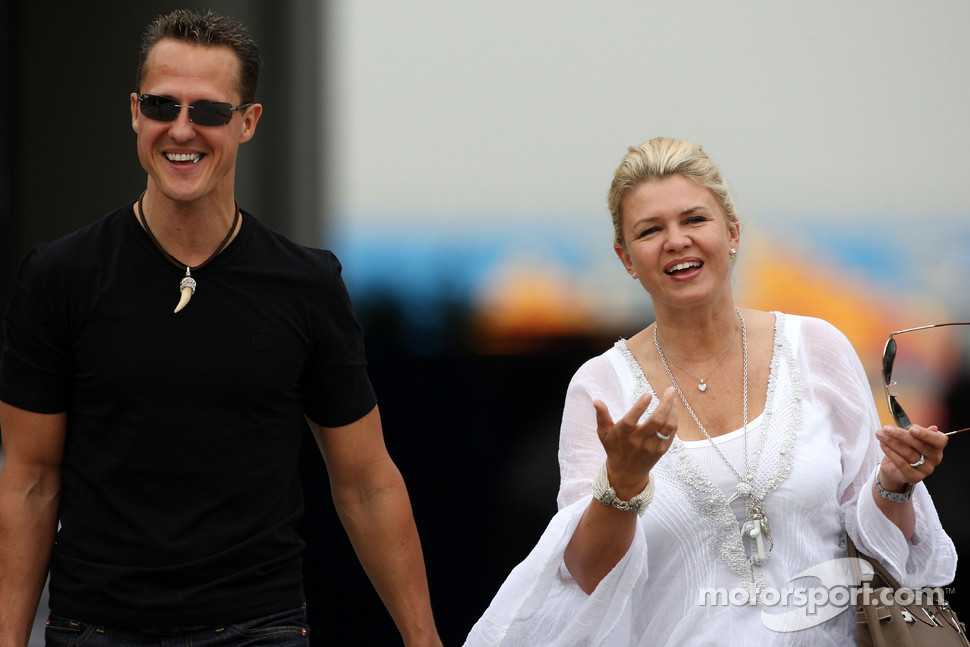 Wolff: Nobody foresaw hostility between Hamilton and Rosberg

Extreme E unites Hamilton and I for good cause, says Rosberg