Verstappen: Spins down to set-up experiments 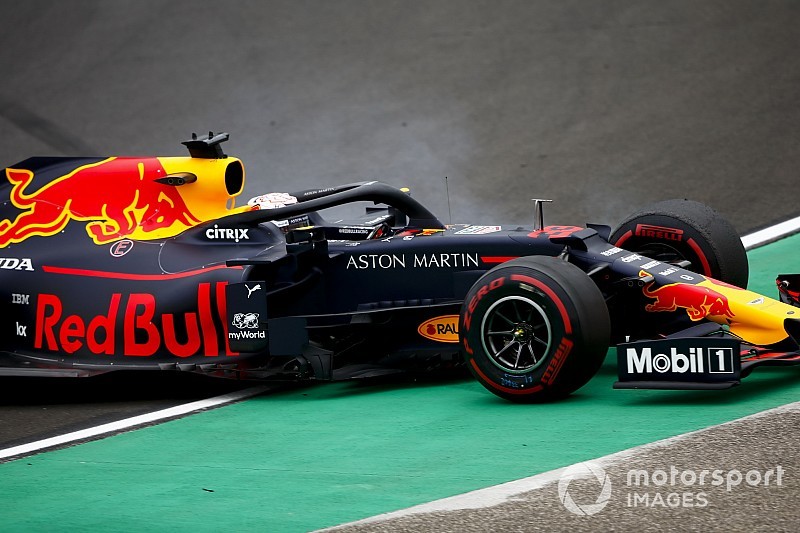 Max Verstappen says his two early spins in practice for the Hungarian Grand Prix were down to set-up experiments he was conducting to try to get the best out of his Red Bull car.

In the damp conditions early in the opening session, Verstappen had two separate spins as he complained over the radio that the rear of the car felt very sensitive.

Speaking at the end of the day, having finished second on the timesheets in both sessions, Verstappen said that the offs had simply been the result of some trials his team had been doing on finding a better set-up.

"We tried a lot of things. Some worked and some didn't. Still at the end of the day I think we are competitive," he said.

"But I think it was important we test those things because again in FP2, the car had a nice balance."

While Lewis Hamilton's pace-setting time in FP1 left Verstappen clear that Mercedes held the advantage, he feels that Red Bull is in the mix at the front.

"We seem to be competitive but I still expect Mercedes to be a little bit ahead of us," he said.

"We still have a little bit of work to do, but it was also not bad at all. We are competitive again this weekend but let's wait and see tomorrow."

Verstappen's teammate Pierre Gasly topped the second practice session, but the Frenchman backed the view that neither Mercedes nor Ferrari can be discounted

"Mercedes look as strong as we expected, and Ferrari we don't know so far," he said. "We know the battle will be there, fighting Ferrari, and we see what we can get."

Russell went from "amateur" to "rainmaster" with new set-up