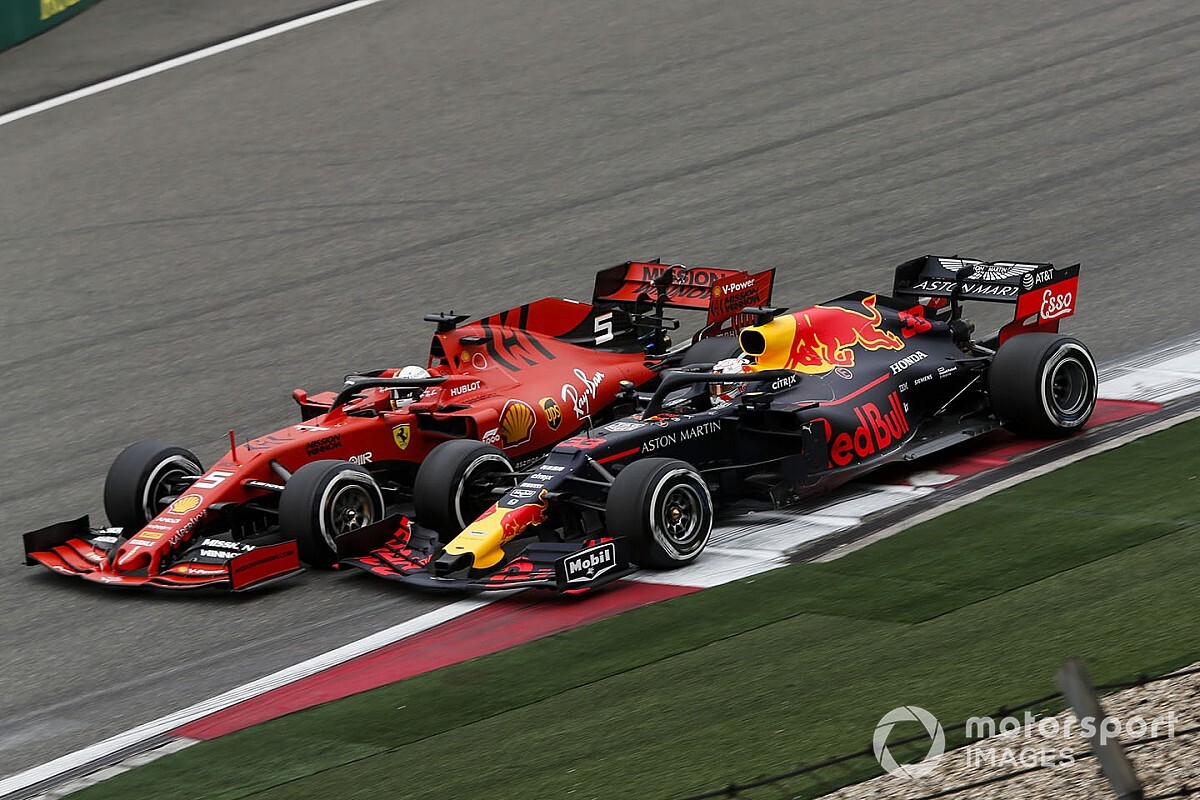 Max Verstappen hopes that Red Bull will be ready to challenge Mercedes and Ferrari at all tracks from the halfway point of the Formula 1 season, with it currently playing catch up against its rivals.

With his team aware that it needs to improve its chassis, and Honda still having ground to make up on the power front, Verstappen thinks it is unrealistic to expect much more right now.

But, with a host of car and engine updates in the pipeline, the Dutchman thinks that Red Bull could get to a point by the middle of the campaign where it is strong on all types of circuits.

Speaking exclusively to Motorsport.com at a preview to the Jumbo Racing Days at Zandvoort, Verstappen said “I think we still need to add more horsepower, but we are a little bit closer. On the car side we also need to improve to really compete. We’ll see.

“Hopefully halfway through the season we won’t have to say we can only fight on circuits without straights.

“We are still losing time on the straights, that’s a fact. Especially compared to Ferrari. They found something this year but nobody knows how. They have done their homework and we have to make sure we get closer with the chassis and the engine.”

Although aware that Red Bull needs to move forward, he says he is happy with his run of finishes that have left him third overall in the drivers’ standings.

“In general we can be satisfied with our start,” he said. “I think no one expected we would compete for wins right away - I don’t think that’s realistic. With a new engine partner it takes some time.

“I am very pleased with Honda so far. The engine is very reliable. Power could always be better, but we knew that. They’re working really hard on it. We can’t complain.

“On the car side we can find some more downforce. In general we need a more consistent balance during the race. Right now we have to maximise what we have.”

Jumbo Racing Days will take place at the famous Dutch circuit on May 18-19.

Binotto admits it was "difficult" to give Leclerc orders