Verstappen refuses to "look like an idiot" with public service 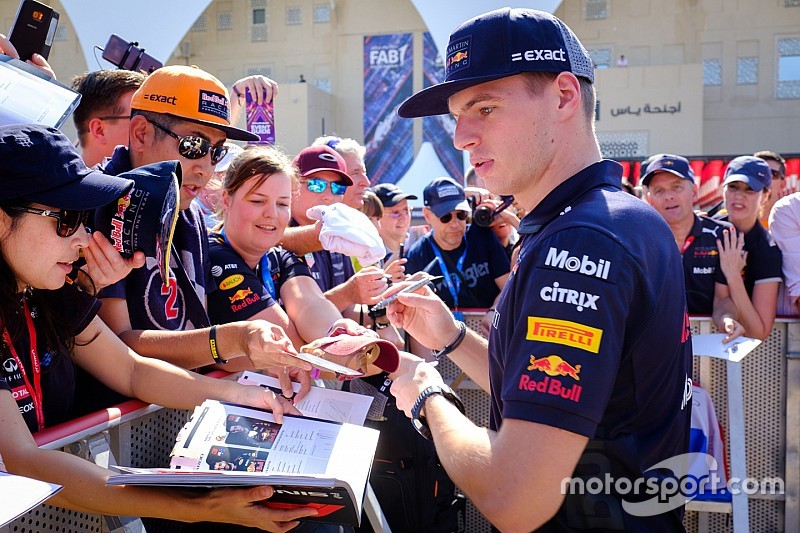 Max Verstappen says he will not be made to "look like an idiot" when he completes his two days of 'public service' for the FIA.

The Red Bull driver was given the punishment for his post-race altercation with Esteban Ocon at the Brazilian Grand Prix, where he confronted and shoved the Force India driver for their collision that cost him victory at Interlagos.

When jokingly asked by UK F1 broadcaster Sky Sports on Sunday night if he'd accept an offer to look after 1996 world champion Damon Hill's rubbish bins, Verstappen declined, before offering his serious opinion on the matter and stressing that he wants to do something "suitable".

"I'm definitely not going to look silly," he added.

"I think anyway I'm already very hardly treated by that, so we'll find something suitable, because I'm not going to look like an idiot."

Earlier in the weekend Verstappen said he didn't yet know what the FIA had planned for him.

"We'll discuss, between the team and the FIA, what we're going to do," he said.

"If I agree [with the punishment], it doesn't really matter, does it? What can you do about it? I find it a bit harsh but yeah… we'll find a solution."

Verstappen made a more light-hearted reference to the punishment in the post-race press conference, when he confirmed to Lewis Hamilton that he'd finished fourth in the championship and therefore did not have to attend the FIA Awards Gala.

"We calculated that, I'm sorry," Verstappen joked. "Unless I can do it as a community service day, and then I will go!

"I'll do some PR stuff before – how great the whole venue is. I'll do a special speech in the evening!"