Who would have won 10-race championships in F1's hybrid era?

With no end date to the current coronavirus crisis in sight, a 2020 Formula 1 season with 10 races or fewer is far from unthinkable. How would such a truncated season have impacted previous title races in the hybrid era? Our exercise has yielded some interesting results.

By:
Roberto Chinchero
Listen to this article

As the coronavirus crisis continues to dominate the headlines, predicting when the 2020 Formula 1 season will start remains an impossible task. F1’s sporting director Ross Brawn has indicated that races could end up being run behind closed doors, which might enable the sport to save as many races as possible of the original 22-race calendar.

In the best case scenario, the sport could resume this summer, although it could just as easily take until September for F1 cars to turn a wheel. If that’s the case, then a calendar featuring just 10 F1 grands prix is not unthinkable.

Hypothetically, such a truncated season would mean over half of the races drop off the calendar. While such a move is unprecedented, a short calendar is not. In the early years of the world championship, the title was contested in 10 grands prix on four occasions. On a further 12 occasions, titles were awarded after seasons with nine races or fewer.

But what would such a truncated season have meant in recent years? What if only the first 10 races of each calendar had been contested? With the ebb and flow that characterised some of the most recent title races in the hybrid era, the results are rather surprising. 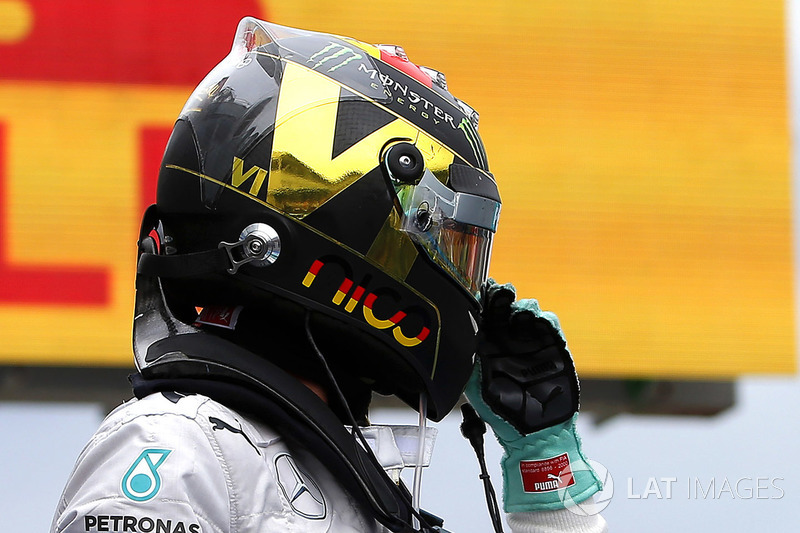 Our fun little exercise starts with a bit of a shock. We all remember 2014, the first season of F1’s hybrid era, as a dominant year for Lewis Hamilton. After 10 races, however, it was his Mercedes teammate Nico Rosberg that led the way.

Hamilton and Rosberg finished on the podium in every race they finished and took nine out of a possible ten wins. However, Hamilton’s two retirements - compared to just one DNF for Rosberg - swung the title race in Rosberg’s favour at the halfway point.

If the championship had been called after 10 races, Rosberg would have taken his first world title by 14 points, with 'best of the rest' Daniel Ricciardo a further 70 back.

2015: Hamilton leads from start to finish 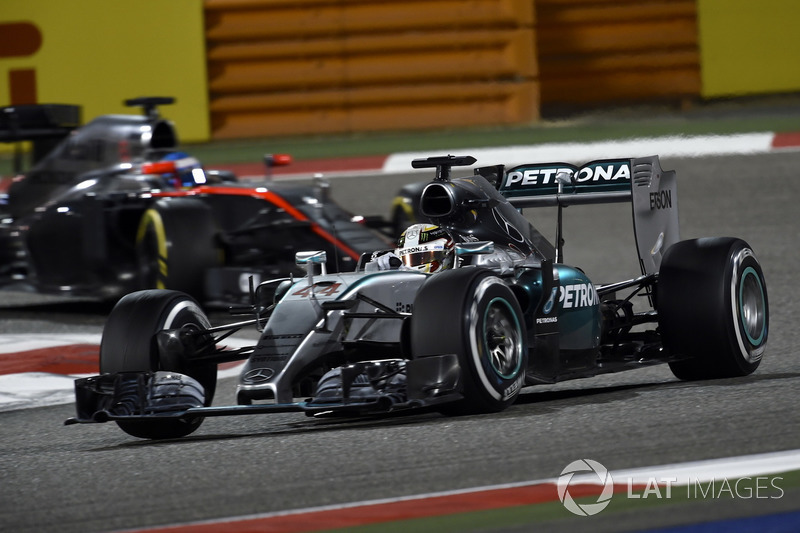 At the start of 2015 Hamilton was in devastating form as he clinched all but one pole position in the first 10 races. He converted nine of those poles into five wins, with Rosberg and Ferrari’s Sebastian Vettel dividing the rest.

Rosberg’s three wins and consistent podium finished kept him in contention at the halfway point, but after 10 races Hamilton would have won the championship with 21 points. The exact same margin would have split Rosberg from third-placed Sebastian Vettel. 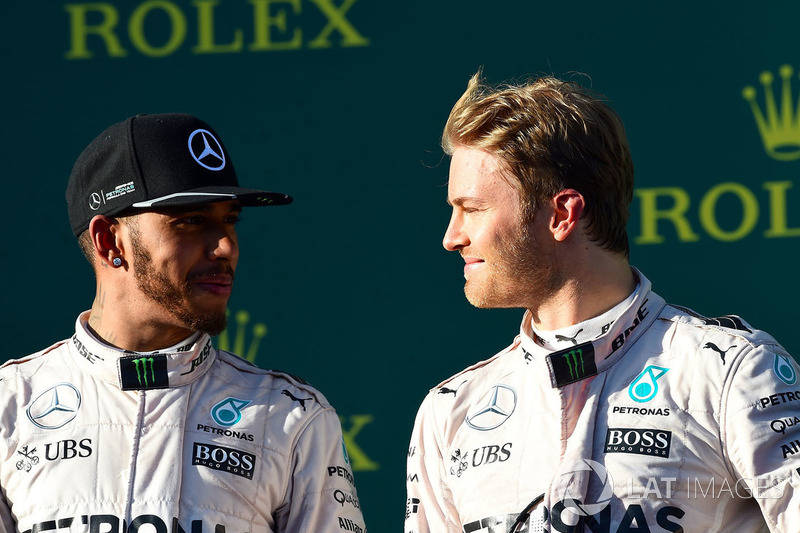 Rosberg came flying out of the gates in 2016 and won the season’s first four races. Tensions between the pair flared up again in Spain, where they crashed into each other on the opening lap. Hamilton responded with four wins out of the next five, resulting in an evenly-matched first half of the season with five wins each.

Rosberg narrowly edged out Hamilton and would have won a truncated 10-race championship by just a single point, giving him a second title. Meanwhile, Kimi Raikkonen would have finished third thanks to his four podiums, eclipsing Ricciardo, Vettel and Max Verstappen.

2017: Vettel beats Hamilton by one point 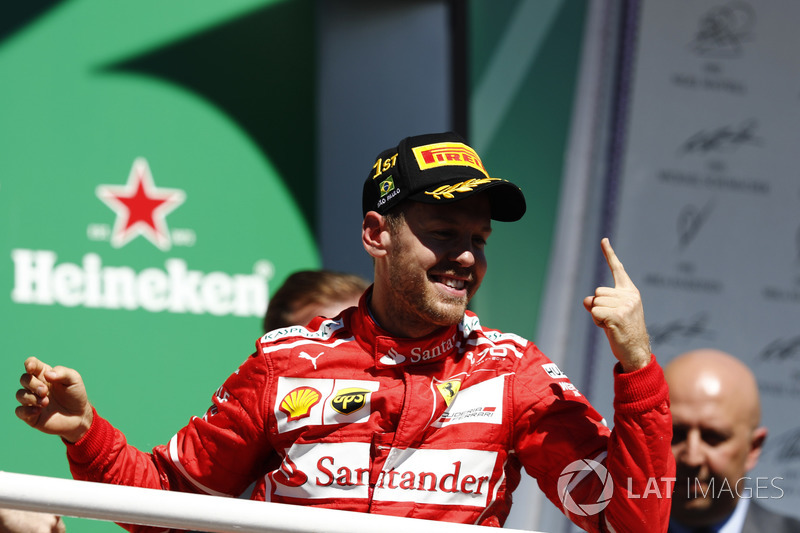 Sebastian Vettel mounts a challenge in 2017

After a slow start to the hybrid era, Ferrari responded in 2017 with the rapid SF70-H. Vettel took three wins in the first six races, staying on par with Mercedes duo Hamilton and Valtteri Bottas.

With a couple of second and fourth places and one seventh place, Vettel posted nearly identical results as Hamilton in the first part of the season. But his slightly superior consistency meant after 10 the Ferrari man actually led the championship by one point, with Bottas less than a race win's worth of points behind Vettel in third.

2018: Vettel does the Ferrari double 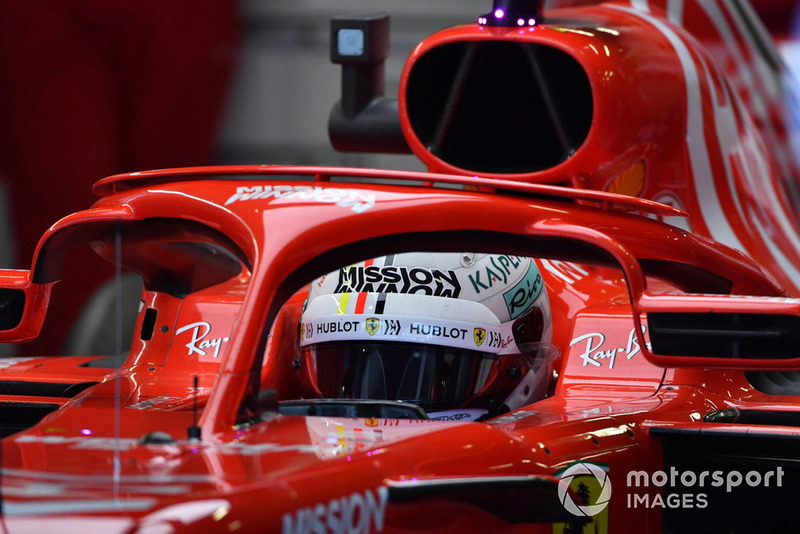 In 2018 Vettel and Ferrari again proved to be the combination to beat in the early stages of the season. Vettel won the first two races of the season and closed off the first 10-race run by clinching victory at Silverstone, on Hamilton's home track.

That meant Vettel led the way after 10 races by 171 points to Hamilton's 163, while Raikkonen logged his second top-three championship finish in three seasons.

2019: Hamilton strolls to the title 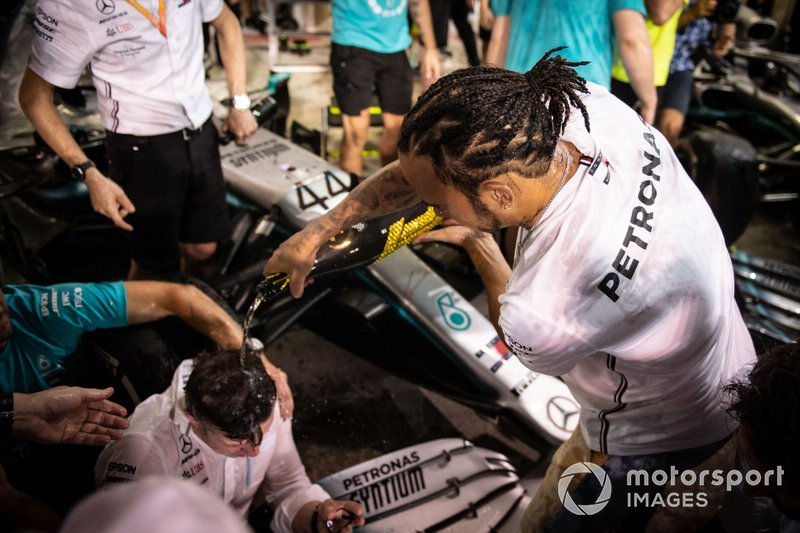 In 2019 Ferrari failed to keep up the challenge it mounted in previous seasons. Despite looking good in winter testing, the Scuderia was dealt an uppercut in Australia, where the new spec of the Mercedes W10 proved to be too quick.

Hamilton and an improved Bottas shared the spoils in the first eight races, while Red Bull's Verstappen was the only non-Mercedes winner at the 10-race mark. Hamilton controlled the championship with a 39-point lead over Bottas, with Verstappen a distant third.