The clever diffuser solution adopted by McLaren was a big talking point of Formula 1's pre-season testing weekend, but just how and why has it opted to chase this development?

The intrigue surrounding the MCL35M's diffuser lies in the central section and what the team has done to work around the new restriction on the height of the strakes that lie within the diffuser.

On the face of it, the regulations introduced for 2021 require the strakes to be 50mm shorter than in previous seasons (3.7.9 b - marked in red, below). 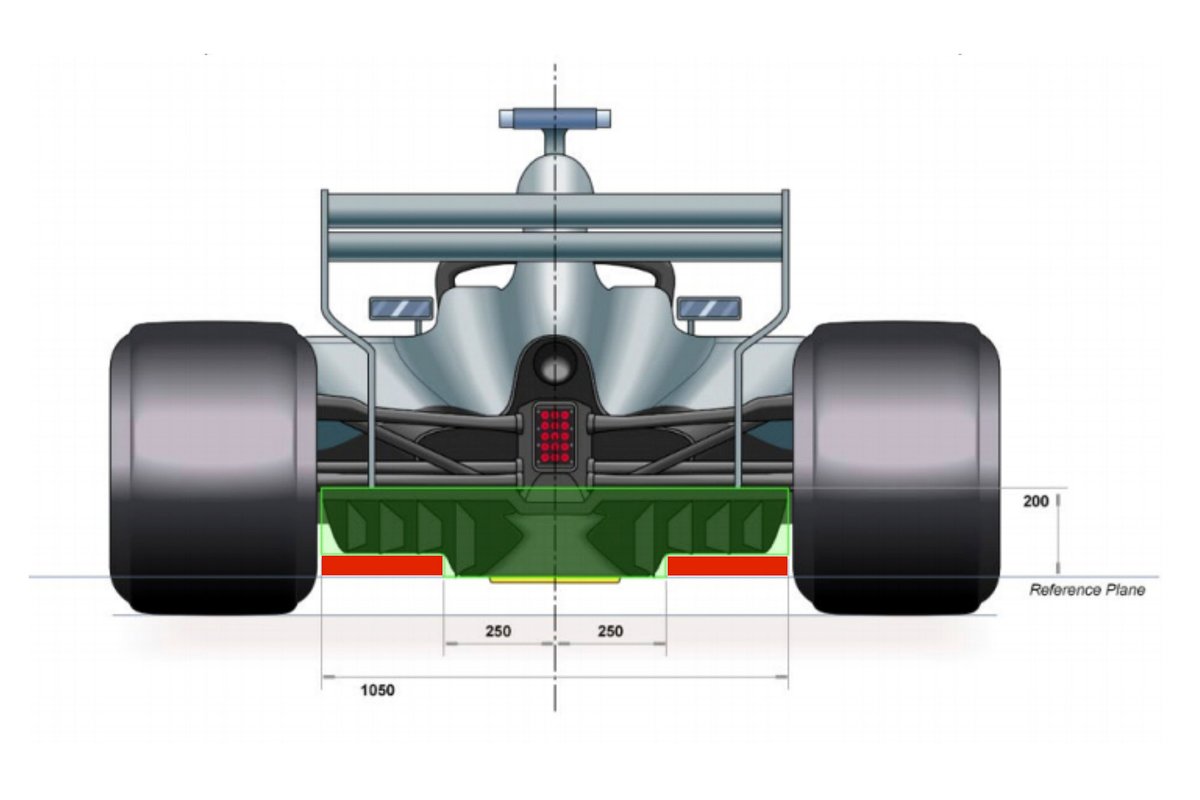 However, as you can see, the central 500mm of the car is excluded, due to the extra headroom needed to create the boat tail section in the centre of the diffuser.

However, in an attempt to prevent full length strakes in this region, the FIA also added two continuity clauses into the regulations (3.7.10).

This lays out demands that any bodywork in this central area must have a 'continuous curve'.

Article 3.7.10 c) covers this rear section of the car and states: "All bodywork that is visible from beneath the car and less than 50mm above the reference plane, within 250mm of the car centre plane and situated behind a line 175mm ahead of the rear wheel centre line, must produce only a single, continuous curve when intersected with any horizontal plane."

In order that it can run these full height strakes, the design starts out as an extension of the transition wall between the reference and step planes, before forming the edge of the diffuser's boat tail section.

In terms of the continuity aspect, this diffuser design ticks the FIA's check boxes because if you were to take a slice through it at any point, it would form one continuous curve.

Had the strakes been disconnected from the boat tail, as they would normally be, they would break this continuity demand when a slice was taken through them.

This is also the reason as to why the strakes have a particular shape, as they follow the contours of the boat tail.

It's also why they don't have the feather-like slot treatment we see in the other strakes housed within the diffuser, as this would also break the continuity demand when you sliced through the section.

It should be mentioned that taking continuity into a design brief is by no means a new challenge for designers though, as they've had to hurdle similar challenges when designing their nose and sidepod bodywork for a number of years now.

Each of these areas is governed by a corresponding set of regulations regarding continuity to keep the solutions from being overtly complex. 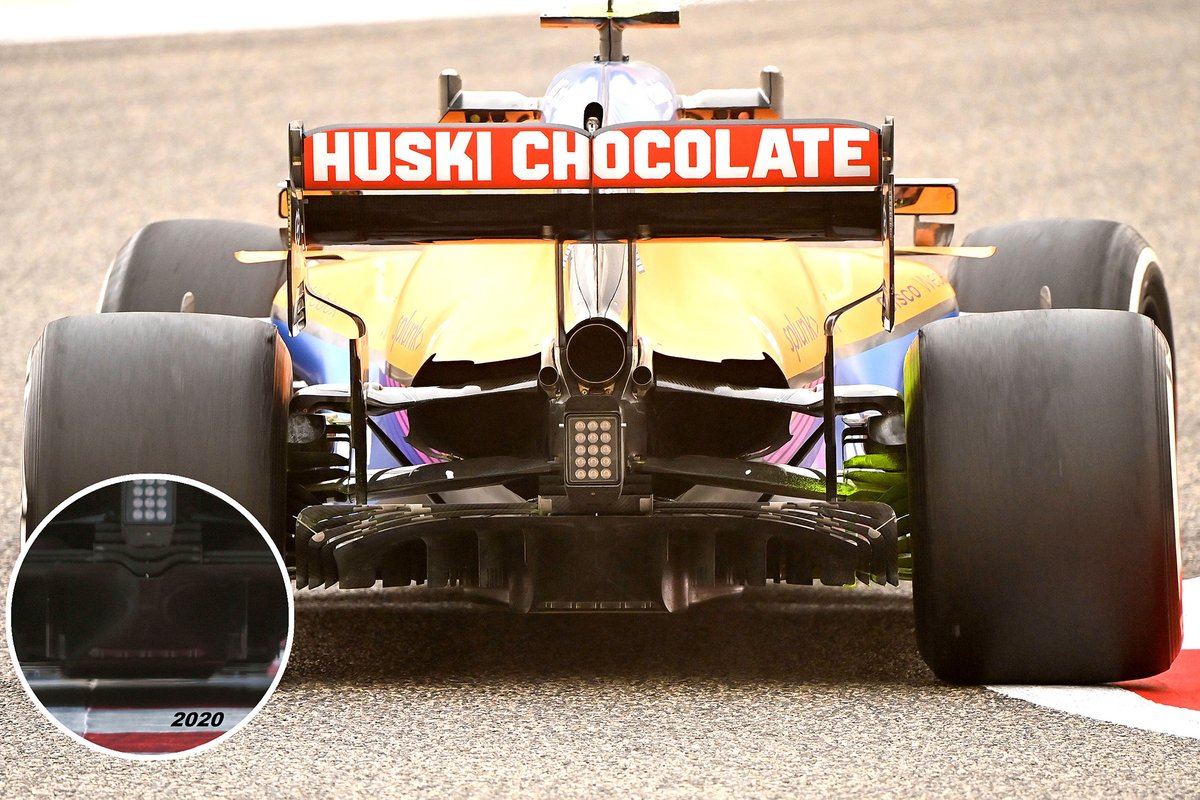 Interestingly, McLaren's use of these full length strakes is also combined with a redesign of the boat tail section bound within it, as the central section has been flattened out.

This not only lends itself to the easing of the continuity situation but perhaps plays its own role in lessening the aerodynamic impact of closing off the central channel from the flow outboard.

McLaren has undoubtedly opted for this solution as part of a larger redesign and repackaging of the diffuser, with the strakes just one element of a complicated area of the car.

The regulation changes to the floor and rear brake duct fins have also played a significant role in how the designers have had to rethink the overall design of the diffuser as they look to recoup the losses associated with the package of new rules.

And, whilst McLaren clearly believe it's the best solution for itself, it doesn't mean it is the only one to have looked at it.

Red Bull boss Christian Horner admitted in an interview with Sky Sports during the test: "I think it's something interesting, I think it's a concept we've looked at previously."

The idea, whilst interesting, is not one that will take long for teams to study, model, adapt and have their own versions of either, which is something that McLaren is acutely aware of.

Technical director James Key said last weekend: "I think the first port of call with any idea you see out there is CFD, so I think you can jump on an idea that you spot on another team within a week easily nowadays.

"So you'd probably therefore wind tunnel test it, which might be a week or two down the line and then you've got to manufacture it. So you could say between I suppose three and five weeks between taking the picture and putting it on the car if you really wanted to push this through".

This rapid turnaround of seeing an idea on a competitor's car to having a similar solution on its own comes down to the incredible tools that the teams now have at their disposal.

But, with the introduction of the cost cap and the sliding scale for CFD and windtunnel usage, teams will have to be more selective than ever about which avenues of development they decide to chase throughout a season.

Five interesting Spanish GP F1 updates you may have missed