Zandvoort: F1 without fans "shouldn't cost us any money" 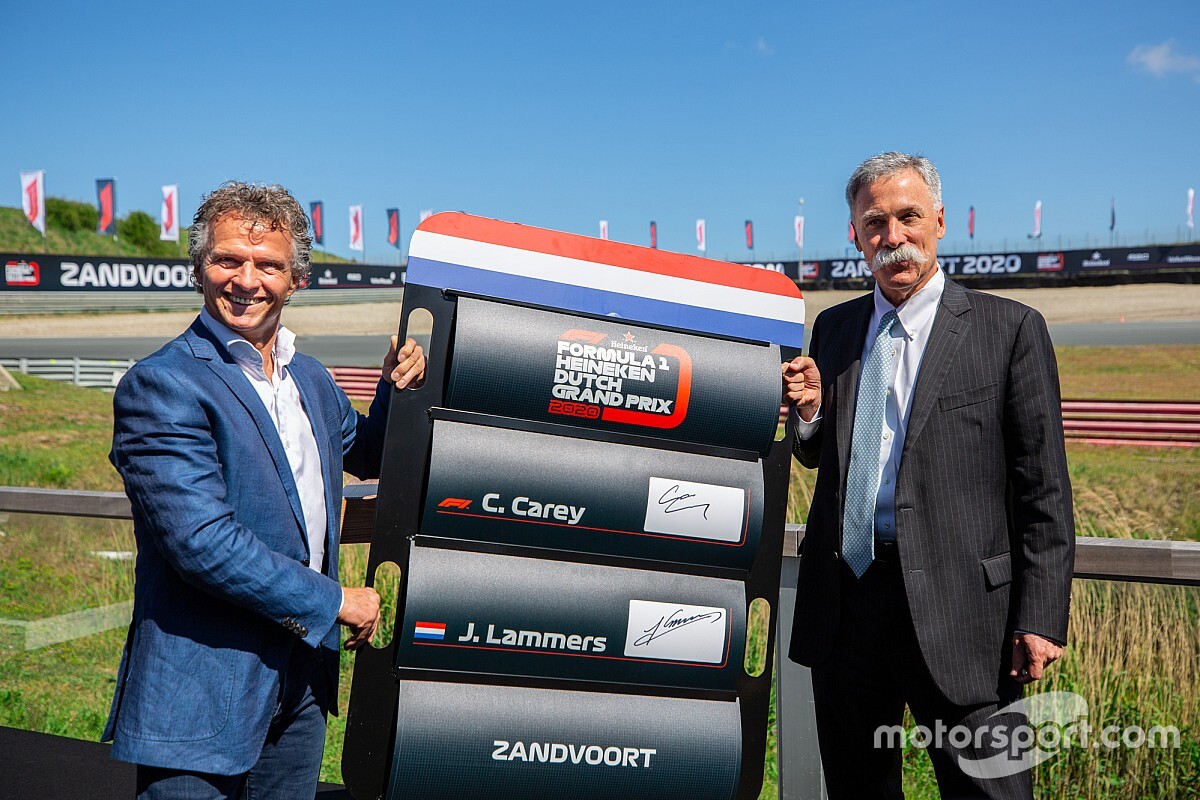 Zandvoort will only host the Dutch Grand Prix behind closed doors if Formula 1 covers the cost of the race, according to the circuit’s sporting director Jan Lammers.

The Dutch Grand Prix was due to return to the F1 calendar for the first time in 35 years on May 3, only for the race to be called off due to the COVID-19 pandemic.

The Netherlands has banned all major public events until September, but F1 is still hopeful of holding a number of European races behind closed doors without fans over the summer.

Speaking to Motorsport.com, Zandvoort sporting director Lammers said the circuit would only host an F1 race without fans if the sport’s owner, Liberty Media, covered its operational costs to make up for the loss in ticket revenue.

Asked if the track was interested in helping F1 by hosting a behind closed doors race, Lammers said: “Sure. But that doesn't mean we can spend money on it.

“The fact that we won't earn anything from it, and that we would invest a lot of time and energy into it, is a way that we would be helping the sport as well.

“But it has to be a responsible thing to do for Circuit Zandvoort, especially from a financial point of view.

“To put it simply: it shouldn't cost us any money. So if FOM and Liberty want to hold a race at Zandvoort without fans, they have to pay for all of the operational costs.

“And that is quite a substantial amount of money.”

F1 is braced for a significant drop in revenue this year as a result of lost hosting fees from grands prix, but remains hopeful of hosting a 15-18 race schedule this year.

While some tracks have said they would be willing to host a race behind closed doors, it is unclear what the revised financial agreement between the event promoter and F1 would consist of.

Tracks such as Hockenheim and Imola, both of which were not on the original 2020 calendar, have also thrown their hat into the ring as possible candidates to host a race.

Lammers said that Zandvoort would require a similar deal to these circuits to make hosting the race financially viable, but was wary they would try to stake a claim to a permanent place on the calendar.

“What we’re asking for and need to run a grand prix behind closed doors at Zandvoort is compared by F1 to Hockenheim, for example,” Lammers said.

“They’ll probably offer to host a race for free or at the cost price. The same goes for Imola and some other circuits.

“But as soon as a grand prix is run there, those tracks will try to stay on the F1 calendar. They will say: 'We helped you during the corona crisis’, and try to negotiate that in a commercial way.”

The Dutch Grand Prix was set to be a sell-out race due to the massive local interest in Max Verstappen, but Lammers remained confident of hosting a huge event for fans once the pandemic was over.

“It might take a year longer. But whether we come back after 35 years or 36 years, it doesn't make such a difference on that scale,” Lammers said.

"It might also be better if the coronavirus [pandemic] is largely behind us and we can organise a normal event. The event we had planned is difficult to change into a 'social distancing event’.

“If you are allowed to organise a race with fans again, you want to have a great party with thousands of people.”