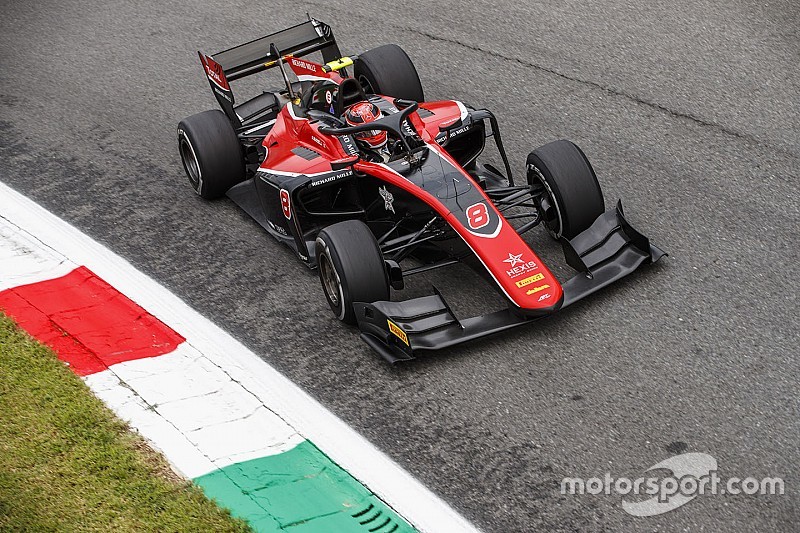 With tyres only good enough for one flying lap, the first, the first flier out of the pits with eight minutes to go was key to the outcome.

After what he described as his “toughest weekend of the year” in Spa, Russell bounced back perfectly from set-up issues to secure pole with a 1m31.546s.

Even better for Russell, Norris’s qualifying struggles continued and he could only manage seventh, putting five cars between him and Russell for tomorrow’s race.

Norris’s Carlin teammate Sergio Sette Camara was fastest early on, having not been outside of the top five in qualifying since Paul Ricard in May - but the Brazilian ultimately couldn’t usurp ART Grand Prix’s Russell at the death.

DAMS ace Alex Albon – who remains in the thick of the title fight – qualified third off the back of a strong weekend in Spa.

Charouz Racing System driver Antonio Fuoco – a Ferrari Academy driver and last year’s feature race winner at Monza – was the highest-placed Italian driver in sixth ahead of Norris, while Arjun Maini, Luca Ghiotto and Louis Deletraz rounded out the top 10.

The winner of the last two feature races, Nyck de Vries, had a nightmare session.

A throttle sensor broke in practice, meaning he only got three laps of running, and he could only improve to 11th on his final flying lap in qualifying in his Prema Racing-run car.