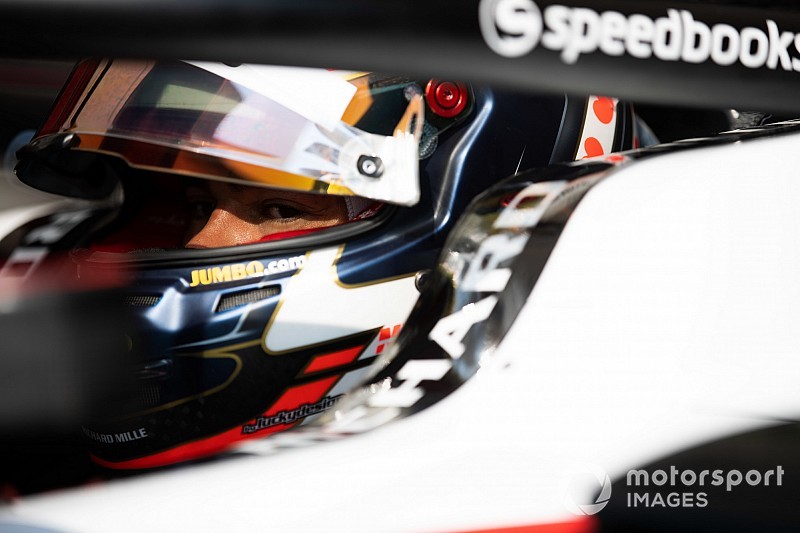 Nicholas Latifi showed no sign of being slowed by running straight from his Williams Formula 1 car outing in FP1 to his DAMS-run F2 car by taking the second-fastest time.

His chance to improve was scuppered as Ralph Boschung pulled his Trident-run car to the side of the road and shortened the session with a red flag.

Most of the fastest times were set towards the start of the session, despite the track rubbering in after just two previous sessions.

Carlin's Louis Deletraz rounded out the top three for Carlin, with the second DAMS driver Sergio Sette Camara and Campos Racing's Jack Aitken making sure four of the top five in the championship appeared in the top five.

Aitken was the final car within a second of de Vries. Virtuosi Racing's Ghiotto – fourth in the championship – took sixth ahead of Mick Schumacher.

Ferrari junior Schumacher was seventh in the order before a spin with 14 minutes to go at Stavelot. It ended his session as he stalled his Prema Racing-run car. He was wheeled away by the marshals.

Boschung took eighth despite his issues, ahead of Trident Racing teammate Giuliano Alesi – who spun like fellow Ferrari junior Schumacher at Stavelot – and Honda junior Nobuharu Matsushita for Carlin.

The championship's top rookie Guan Yu Zhou managed 12th, while Euroformula Open points leader Marino Sato was 19th on his debut in the series with Campos.