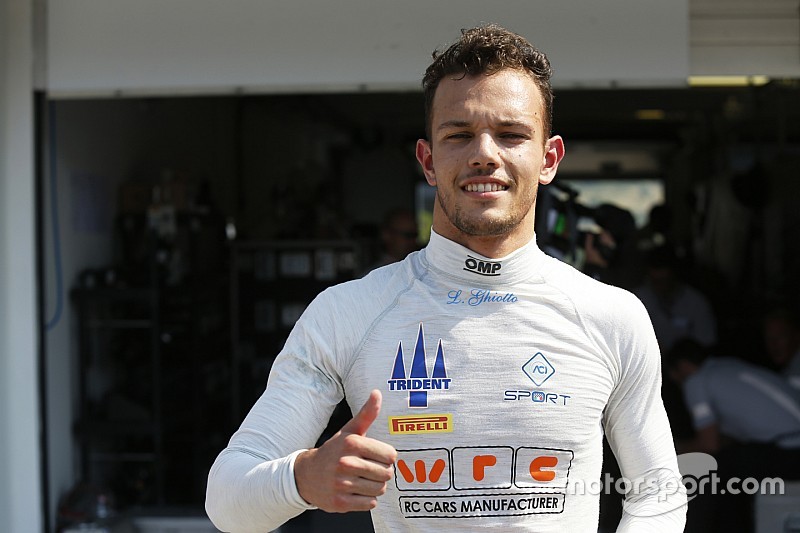 Luca Ghiotto edged out Esteban Ocon and Marvin Kirchhofer to secure a fourth GP3 pole in five attempts in qualifying at Spa.

ART teammates Ocon and Kirchhofer were at the top of the timesheets at the halfway stage of the 30 minute session, the former setting a benchmark of 2m05.862s, with points leader Ghiotto down in sixth.

But as track conditions improved in the final minutes of the session, Emil Bernstorff smashed Ocon's time by half a second with an effort of 2m05.308s.

Moments later, Ghiotto lowered the bar by a further 0.365s, the Trident driver becoming the only man to break the 2m05s barrier with a scintillating lap of 2m04.943s.

Ocon tried in vain to wrest back the top spot, but the reigning European Formula 3 champion fell 0.171s short in the final reckoning to seal a spot on the front row, with Kirchhofer ending up 0.201s off the pace in third.

Matt Parry, Matheo Tuscher, Jimmy Eriksson and Alfonso Celis Jr completed the top 10, with Nissan sportscar regular Jann Mardenborough, who was as high as second at one stage, shuffled back to 11th.

On her return to GP3 action, Beitske Visser could do no better than 19th.