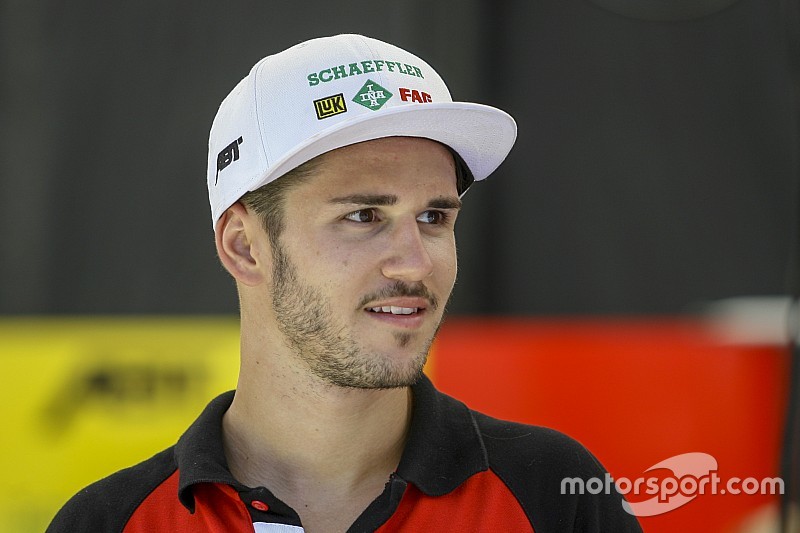 Formula E and WEC racer Daniel Abt may have 120 years of family history weighing on his shoulders, but his commitment to racing is borne of a sheer love for the sport, as he tells Sam Smith.

There are famous racing dynasties the world over, from the Andrettis and Unsers, to the Fittipaldis and the Piquets, and Germany too has a long tradition of racing families.

Young Mick Schumacher is cutting his racing teeth this season in the ADAC Formula 4 championship, while the Winkelhock’s legacy of Manfred and Joachim is carried on via factory Audi racer Markus.

But for a German family completely immersed in racing, both on and off the track, there is only really one name that comes to mind: Abt.

Daniel Abt is cultivating just as rich and as diverse a career in motorsport as his ancestors did, and believe me when I say the Abt ancestry has an engineering lineage like no other.

The Abt’s fascination with engineering stretches back to 1895, when Johann Abt (Daniel's great-great grandfather) started the family business honing horse-drawn coaches in the southern German town of Kempten. Remarkably, 120 years on, the Abt business is still based here, and it is thriving.

Hans-Jurgen Abt, Daniel’s father, is the Managing Director of the Abt Sportsline empire, which also now includes an event management company - ABT Lifestyle GmbH, of which Daniel is CEO. His uncle is of course former DTM race winner – Christian.

The traditions are endless, yet there was no significant pressure for the latest Abt to follow suit - the emphasis was very much on doing it if he enjoyed it.

“Nothing was taken too seriously for me at first,” says the 22-year-old. “Some guys take it very seriously, even karting already at a very young age, but for me it was really about enjoying racing first.

"When I got close to formula racing, that’s when it got more serious. I think that is the way it should be for a kid because there is a lot to do growing up these days.”

Rising up the ladder

Abt’s early racing career marked him out as one to watch. Wins in German F3 and GP3 ensured a rapid ascent too GP2 by 2013. However, two tough seasons with ART GP and Hilmer followed, before a career re-think took place in the summer of 2014.

When you are imbued in racing as much as Daniel Abt, just one international programme is unlikely to satisfy the thirst for competition.

Therefore, a dual campaign in 2015 allowed him to compete in both the FIA Formula E Championship and the FIA World Endurance Championship, arguably two of the most flourishing series on the international scene.

“The first season of Formula E was a real mix really for me,” says Abt, who of course runs with the family-run Audi Sport Abt squad.

“From my personal side I did enjoy quite a lot of races because I’ve always been quite upfront in terms of speed. But I had a lot of, let’s say races where I did not finish and where I should have finished in the end.

"It has been a real challenge to race these cars but a great learning experience for managing some good technical areas which are great for developing yourself as a driver.”

For the second season of Formula E, he stays alongside Lucas Di Grassi at the team, and has been instrumental in testing the new ‘manufacturer’ powertrain, which has been developed in house in conjunction with technical partners Schaeffler.

“It’s very good for the sport and it creates a lot of unique technology,” says Abt. “So far I have no idea what it is going to be like this season. We’re working hard on the package and have a good team behind us.

"The championship is getting more and more interesting with manufacturers involved now; this is what a series needs to raise it to the next level.”

Next levels of resolve had to be found too back in June, when Abt made his Le Mans 24 Hours debut with Rebellion Racing.

It was done the hard way, with a new engine in the shape of the AER mated to the existing ORECA-designed and built Rebellion R-One LMP1 racer, and Abt had plenty to learn.

“Honestly, it was really a tough race but I enjoyed it a lot, it was a fantastic week, so much going on, it almost too much to take in and process," he says.

"There were so many new things for me. I had to learn everything, the car, the team and just the whole new discipline of driving at night.

"I had to learn the track quickly, driving traffic at night… all these things, but I enjoyed it so much because doing these new things pushed me in a tough but very positive way."

Despite several stoppages, Daniel was able to emulate his uncle Christian (who stood on the podium in Audi’s first Le Mans back in 1999). A win in the LMP1 privateer class was the young German’s reward for a dogged first La Sarthe campaign.

“In the end, suddenly I was standing on that podium and saw that big crowd,” he surmises. “It was a fantastic feeling; I will never, ever forget it.”

“You know, all my life I’ve been around racing cars and been involved in lots of topics in motorsport and racing. When I grew up I was with my family at STW [Two-litre German Touring Car] races.

"You don’t realise what it’s all about but you just see all this crazy stuff that is going on and even at that age you think, ‘I would like a slice of that please.’"