The announcement comes ahead of India’s debut on the Formula E calendar, with Hyderabad slated to host the fourth race of the series’ Gen3 era at a new street circuit around the Hussain Sagar lake on February 11.

In his new role, Daruvala is expected to attend several races of the 17-round season, including the inaugural Hyderabad event, to gain insights into the workings of the team during an E-Prix weekend.

He will also work on the simulator at Mahindra’s workshop in Banbury and provide support to race drivers Lucas di Grassi and Oliver Rowland.

“To be a part of an Indian motorsport team is a dream come true. Formula E is very competitive, and I am really excited about this new chapter of my career,” said the 24-year-old.

“Season 9 promises to be very exciting with the all-new Gen 3 car and I am looking forward to learning and contributing, especially to car development and supporting the team. Mahindra Racing’s pioneering efforts in promoting sustainability globally are commendable and I am grateful for the opportunity to contribute.” 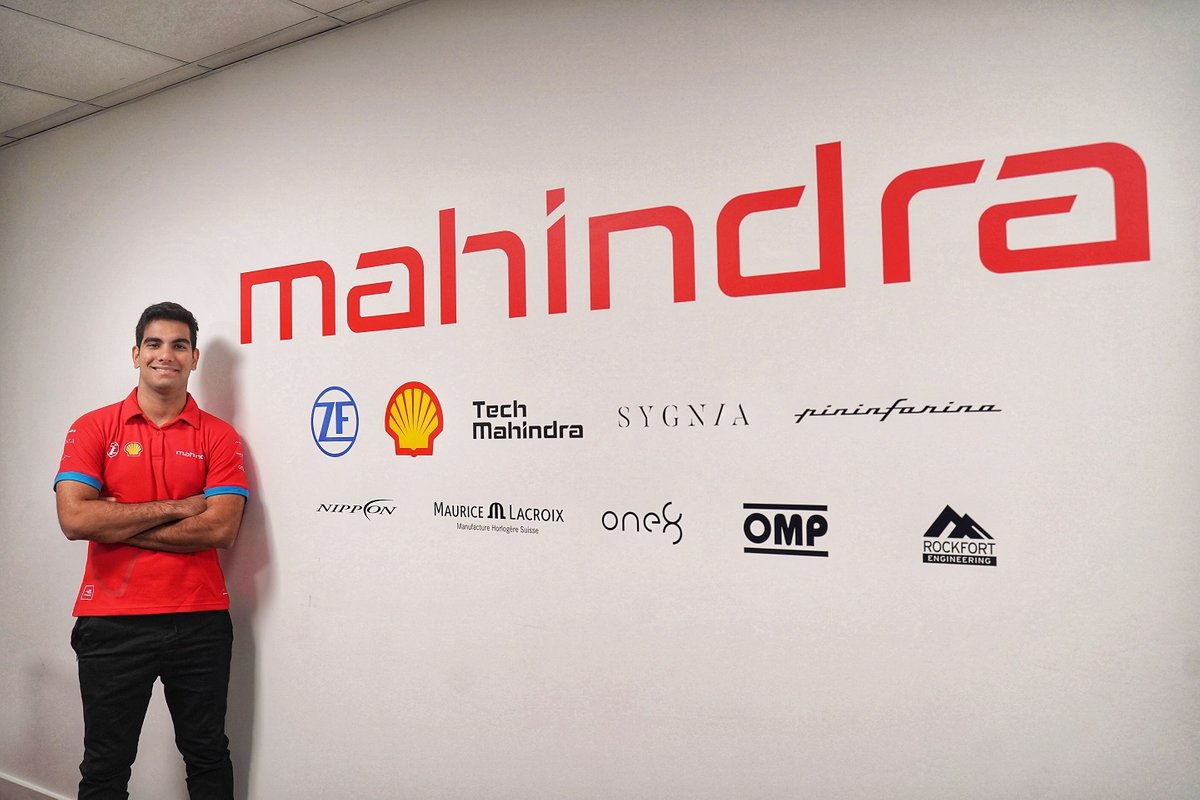 Daruvala is yet to announce his race programme for 2023 but recently drove for MP Motorsport in the post-season F2 test in Abu Dhabi, suggesting he could stay in Formula 1’s lead support category for a fourth campaign next year.

He is currently part of the Red Bull junior programme, although there has been no news forthcoming regarding a contract renewal for 2023.

The addition of Daruvala to the reserve role follows Mahindra signing 2016/17 champion di Grassi to replace Alexander Sims in the team’s line-up.

The Indian manufacturer will also have a new team principal in ex-FIA senior Frederic Bertrand following the departure of long-time chief Dilbagh Gill, who had helmed the squad for all its eight seasons so far.

“We are delighted to welcome Jehan to our team,” said Mahindra Racing Chairperson Asha Kharga.

“As a founding member, Mahindra Racing has diligently worked towards promoting Formula E globally and we are pleased to bring a young, accomplished Indian race driver to this fantastic sport. Jehan, with his experience and results across single-seaters, will add a great wealth of knowledge to our development program.

“With Formula E’s debut race in India, this is an especially exciting year for us, and we are excited to give the Indian fans a truly global experience.”

This isn’t the first time Mahindra has recruited an Indian driver, with former GP2 race winner Karun Chandhok having driven for the squad at the inception of the series in 2014/15.

OPINION: Formula E kicked off its Gen3 era at Mexico City with keen anticipation - and anxiety - surrounding its new, more powerful cars. Here's how the new machinery got on in its first race, and what could be open to improvement later down the line

Formula E’s Gen3 era kicked off with more unpredictability as Andretti’s Jake Dennis recovered from poor pre-season testing to dominate in Mexico. Here's how it played out and what the opener hints at what is to come in the new generation of the electric series

Is this a Formula E 'nearly man's' best chance yet at title glory?

With braking issues scuppering his championship hopes at a crucial moment in the 2021-22 Formula E season, Mitch Evans is more determined than ever heading into this year. He explains how he plans to make it third time lucky after two title near-misses

The prologue to the 2022/2023 Formula E season has concluded as the series gets set for the new Gen3 era. After almost four days of testing in Valencia this week, Motorsport.com takes a look at the 10 major talking points that will dominate the build-up to the new campaign getting underway in January.