Mahindra Racing is confident that it can end its two-year victory drought this Formula E season, believing its potential has been masked by errors in a ‘messy’ campaign for everyone on the grid.

The Indian manufacturer hasn't picked up a win since Jerome d'Ambrosio's triumph at the Marrakesh E-Prix in the first season of the Gen2 era in 2019, having previously been a front-runner in the closing years of the Gen1 rules cycle.

It slumped to ninth in the championship last season after failing to finish on the podium, but has rebounded strongly this year with the introduction of a new powertrain developed by ZF.

Both Alexander Sims and Alex Lynn have bagged a rostrum finish already and the latter came close to winning the second Valencia race on merit in April, only for Venturi's Norman Nato to tap him at the exit of Turn 9 and send him tumbling down the order.

Team principal Dilbagh Gill feels Mahindra hasn't been able to deliver on the potential of the M7 Electro, but adds that its rivals have also struggled to put together a consistent campaign.

"I think in the first half of the season we've come to see that the car is a very strong product that we have," Gill told Motorsport.com.

"The team has come together very well. I think where we've not delivered is we've not stitched the weekend together, because we've shown our pace but we've not sort of got both the cars in the points. That's the main thing.

"I think we've committed more errors than we should have in the first half of the season. But we have a strong product and now it's for us to start executing on that, and from what we've seen we should start delivering because we've got two podiums on merit, but we've given one or two away to others by screwing up a little bit.

"This year has been a bit of a mess for everyone to be honest. No team has given consistent results and performances. We've been more inconsistent than we wanted to be. At the same time we have the potential, which is the most encouraging part."

Asked if Mahindra could chalk up a win before the end of the season, Gill added: "Absolutely a yes." 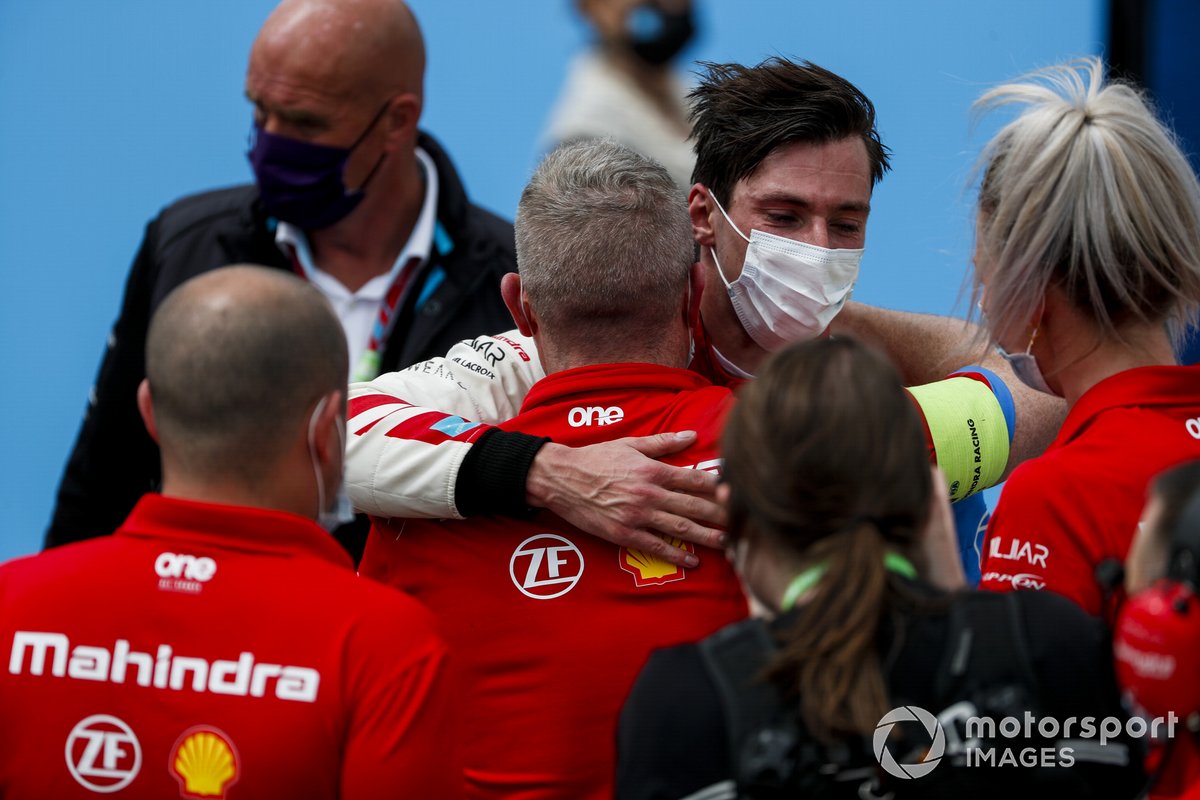 Sims joined a resurgent Mahindra squad this year after spending the last two seasons with BMW Andretti, and finished on the podium in only his fourth race appearance with the team in Rome, taking the runner-up spot behind Mercedes' Stoffel Vandoorne

Although Mahindra has yet to secure a double top 10 finish this year - with the Valencia energy fiasco costing the team a major points haul - Sims feels the team has a car that is capable of performing at every track, with victory now a matter of time.

"There is every reason to expect that we can [win]," said the 33-year-old.

"I think from a performance point of view, we have been consistently good, we just haven't, as Dilbagh alluded to, executed a full weekend particularly consistently.

"It gives me confidence that we are gonna continue to be up there from a performance point of view and if we can qualify well then race victories are on the cards."

Mahindra heads to this weekend's inaugural Puebla E-Prix eighth in the championship, only eight points behind the fifth-placed Andretti team.