Formula E drivers Nico Muller and Robin Frijns have called out two rules that messed up their Diriyah E-Prix qualifying and sent them to the back of the grid.

Dragon Penske Autosport racer Muller posted a group qualifying time around the Riyadh Street Circuit that initially promoted him into the superpole shootout.

But he and fellow group four progressor Nick Cassidy, plus seventh-placed Tom Blomqvist, were then ejected from the superpole battle for “failing to reduce speed under double yellow flag following an incident at Turn 21” on their one flying lap.

This was caused by Dragon teammate Sergio Sette Camara, who tapped the wall and bent a sensor which then caused a terminal rear braking system failure.

On the amended starting grid, Cassidy, Blomqvist and Muller were all placed behind Sette Camara.

Muller, recovering from a shunt in second practice, told Motorsport.com the episode was a “big f*** up”.

He said: “We recovered from the [crash] very well [in group qualifying] without having any full power laps [in free practice one on Thursday] either. It was aborted, let’s say.

“Today I didn’t even do a 235kW nor 250kW [higher power run] and then to normally make it into superpole was great, but as everybody knows we got that lap time taken away.

“In nice English [that rule] is a big f*** up. You [either] put the red flag or you don’t do anything. There’s nothing in between in a single-lap qualifying.

“What do you expect? You have that single lap or you give the people a chance to go for another one.

"It’s already compromised anyway because you have hot tyres. [But] a yellow flag? I wish it would have been a red one.”

Envision Virgin Racing driver Robin Frijns missed qualifying altogether after also bringing out a red flag in second practice, when he crashed with 90 seconds of the session to go.

He lost the rear end of the Audi powertrain customer machine, tagging the outside barrier which then dragged the front-right corner into the wall.

The impact tripped a G-force sensor that meant McLaren Applied had to change the battery of the car, despite the team’s protests that it was otherwise fully repaired for qualifying.

Frijns took aim, telling Motorsport.com: “I completely disagree with that because I’ve had some big crashes, not that much, in my career and this definitely was not a big one.

“I completely don’t understand. I went first rear end and then front. It was not a frontal one where you stand still within a metre.

“I disagree with the fact it was so big and they needed to change the battery. The sensor said so. It was definitely not major.”

Muller elected to start the race - won by Mercedes driver Nyck de Vries - from the pitlane but the Dragon showed underwhelming race pace and he finished 21st.

Frijns, however, progressed from 24th and last on the grid to 17th. 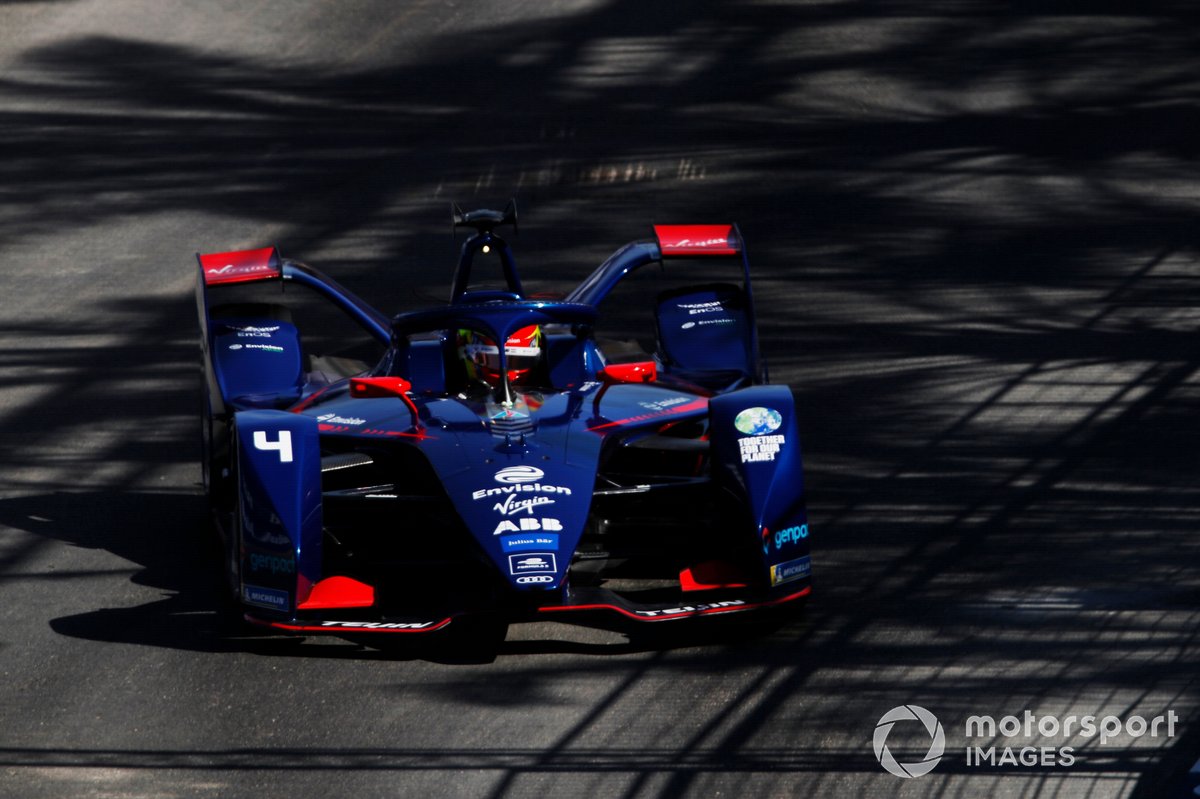 More from
Matt Kew
Video Inside
Goodwood Festival of Speed

10 things we learned from the 2022 F1 Canadian Grand Prix