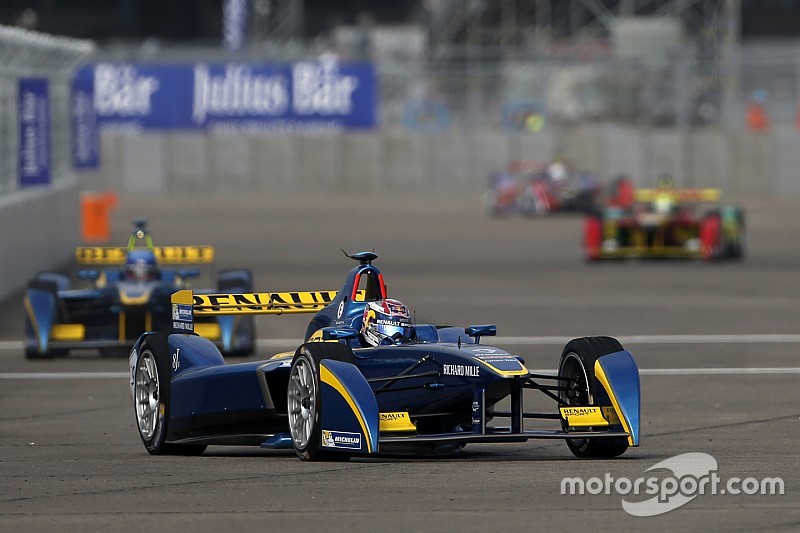 The prospect of an 11th team competing in Formula E has been seriously considered and was close to being a reality earlier this summer, Motorsport.com can reveal.

The constitution and commercial agreements of the burgeoning Formula E championship currently only allows ten teams, which in reality is 40 cars. This is mainly for logistical and transportation reasons.

However, Motorsport.com has learned an 11th entry came to light earlier this year and the teams were consulted about an additional squad joining them for season two.

It is understood that two of the existing teams essentially vetoed the move to have an 11th team in the championship for season two.

The sporting structure of Formula E also allows for two official reserve teams but it is not believed that there are currently any concerns fulfilling this function.

Who was the potential new entry?

Motorsport.com understands several operations have been evaluating joining the Formula E in the near future.

Jaguar Cars – a brand from the Jaguar Land Rover Group - is one of the names linked to the entry.

The British manufacturer has a rich history in racing, winning Le Mans seven times, as well as racing in touring cars and F1 for a brief period between 2000-2004.

Jaguar also has a technical alliance with Williams Advanced Engineering, which currently supplies all of the batteries to the entries in Formula E.

Jaguar recently doubled its R&D site at Whitley in the UK to work on 'ultra-low-emission' projects, which includes future electric and hybrid drivetrains.

The company, however, denied plans to enter the sport.

"We have no desire to go in to a motorsport programme at this stage," a spokesman told Motorsport.com. "We are fully committed to our new (automotive) products this year. Of course we get many interesting and exciting proposals but at the present moment we are not planning a racing project."

Williams Advanced Engineering was also rumoured to be linked to a potential involvement but talks are believed to have come to nothing. The company has a partnership with Jaguar Land Rover on various projects including the Jaguar C-X75 hybrid super car which will star in the new James Bond film – Spectre.

Paul McNamara, technical director of Williams Advanced Engineering, told Motorsport.com last month: "It is not something we are actively looking at (to be a bespoke Formula E team). Who knows what might happen in five or ten years' time but it certainly isn't on our agenda. I'm sure it would be a distraction for what we are doing now."

Although no comment was forthcoming from Formula E Holdings Ltd on the matter, the deal to get the 11th team in to a state of readiness is believed to have been put together in great detail at a very high level.

One potential outcome for an additional team could be to acquire an existing competitor. However, Motorsport.com believes that this is highly unlikely to occur for season two.