Adria F4: Triple rookie podium for Maini in second round 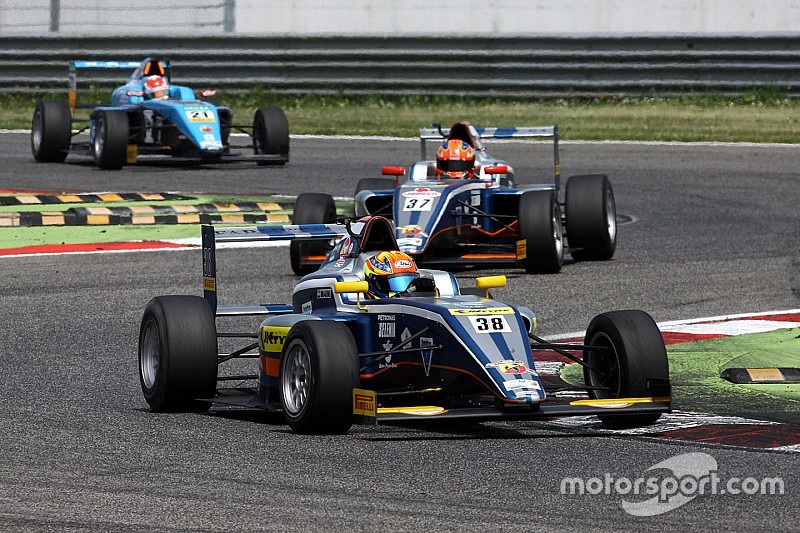 Kush Maini took three rookie podiums in three races in the second round of the Italian F4 championship, at Adria.

The BVM Racing driver had finished sixth and third in the two practice session on Friday, while qualified fifth in his group.

Having started seventh in Race 2 of the weekend (Maini's first), the Indian lost a position at the start, before getting it back, after Diego Ciantini dropped two places.

It was then a straightforward race for Miani, finishing seventh overall and second in rookie, just behind sixth place and winner (rookie) Ian Geoffrey Rodriquez.

Raul Guzman, up ahead, took victory from Ye Yifei in second and Mauricio Baiz, completing the podium.

In the Race 3 (Maini's second) of the weekend, the teen, again started from seventh on the grid, had a bad start to drop to ninth by the third lap.

A retirement ahead, put him at eighth on Lap 10 and after two laps, the Indian made a move on Federico Malvestiti, to take seventh place.

A retirement to Yifei on the final lap, gave Maini sixth overall as he finished third on the rookie podium behind Simone Cunati and Rodriguez.

Marcos Siebert took the win, after starting from fourth with Cunati second, on the main standings and Richard Verschoor third.

Wraps up with third rookie podium

For the final race of the weekend (Race 4), the Indian started 10th on the grid, among the 30 drivers starting.

Another bad getaway saw him dropped to 13th by the second lap, before Maini got on the recovery drive into points.

By Lap 11, the BVM driver was 12th battling with fellow rookie Rodriguez, whom he took two laps later, to slot in at 11th.

A seven lap fight with Malvestiti saw them exchange places, as they tussled over final point scoring position, Maini, got the last laugh on Lap 18, thus finishing 10th.

With Cunati taking another rooki win, Maini settled for second, his third this season, with Baiz taking overall win ahead of Ye and Siebert.

"This has been a wonderful weekend because of consecutive podiums through good race strategy," said the India.

"It’s a long season and I didn’t want to do too much by trying to overtake too early."

Maini sits 13th in overall standings with 24 points and second in the rookie list with 91 points, two behind Cunati.

Sophia Floersch: A weekend of what-ifs at Sachsenring

Ducati under investigation over winglet complaint