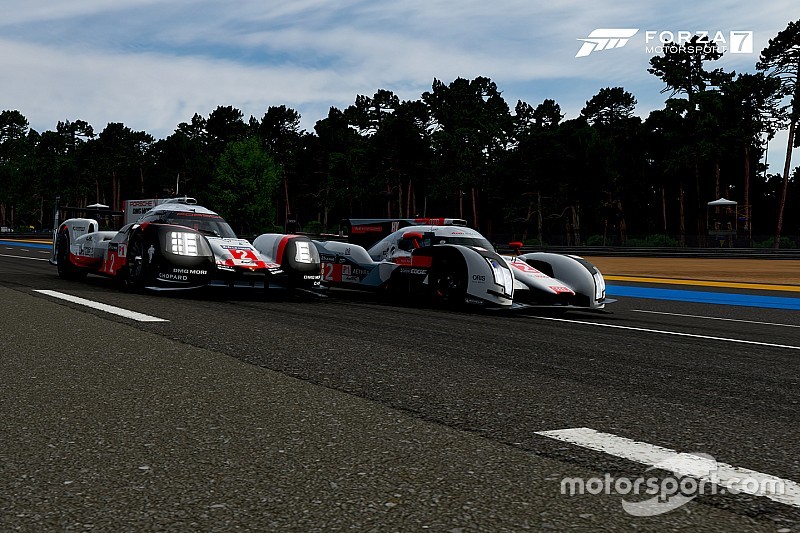 While the biggest share of the $100,000 prize pot and a place on the real-life podium awaits the winners, some teams competing in the Super Final for the Le Mans Esports Series don't have their eyes set on the biggest prize.

One of the unique elements of the LMES Super Final is the challenge given to the 12 three-driver teams of building their own 'fantasy garage' of cars on a set budget.

There are nine-races taking place over a 24-hour period prior to the real-life race, with seven different car categories in use, from modern prototypes to early 1960s Le Mans classics to Group C.

The first eight race winners will each earn $3,000, and the cumulative points earned from those races will set the grid and the time intervals for the final race, which boasts $25,000 of prize money for the winning trio.

Some teams have strategically chosen to target the prize money for those first eight races, putting their budget more in favour of the cars required for those earlier races rather than the modern GT machinery, that will be used for the final race.

In doing so, they give themselves a much greater chance of success in the earlier races, as the other teams, who are targeting the final race, will have to sacrifice a big portion of their budget on the fastest modern GT car, and thus the most expensive.

Tobin Leigh - driving for 'Keep it Simple Racing' – is one of the drivers employing this strategy alongside his teammates Paul Arevalo and Iori Ohki.

"With considering the fact that there will be stronger teams there. We're using the car choices to our advantage," Leigh told Motorsport.com.

"As a team, we don't have the raw pace as one of the teams that have put themselves together [wildcard entries and two teams who qualified via the LMES points ladder.]

The grid for races 2-8 is set by reversing the championship order, but Leigh believes this won't be enough to stop those with a clear car advantage in two/three-hour long races.

"I don't believe the reverse grid will be too much of an issue," Leigh added. "With the nature of the car picks, the car choices are very varied [between teams], one of our picks is going to be very strong, it will be ridiculous.

"That's just the way it goes, so I don't think that reverse grid will affect it that much because the faster cars at the back will be so much faster, it's just not even a race."

Leigh's team wasn't the only team to employ this strategy, but eight out of the 12 teams opted for the BMW M8 GTE for the final race. This cost €40m out of the teams' €150m budget, although it will also be used in race six.

Meanwhile, Leigh's trio picked the Porsche 911 RSR, costing just €22m, leaving budget spare to target a couple of those earlier races and a good chance at scooping $3,000 per race.

It's a unique strategic element to an esports tournament, but keeping in the spirit of the real-life Le Mans race, the virtual 24-hour race requires a whole lot more than raw speed.

The entire LMES Super Final will be streamed free across Motorsport.TV, the FIA WEC's YouTube channel and Twitch. With the first race starting at 11am CET on Friday 14 - also live on Facebook.