Max Verstappen, Mick Schumacher and soon Sebastian Montoya? The Colombian driver could be the next F1 driver's son to compete in the world championship.

Born and bred in Miami, 16-year-old Sebastian's father is Juan Pablo Montoya, a two-time Indy 500 and seven-time Grand Prix winner. He was introduced to racing at a very young age, although Formula 1 was not always his dream.

"To be honest, when I was little, I liked motocross, because my uncle would race in Colombian enduro, and he was part of KTM official", Sebastian Montoya told Motorsport.com. "I kind of liked that, and then when I was seven years old, I did my first karting race, and from then on, karting just took over. When you go to karting races, some people look at you as Montoya's son, and that's kind of a big deal." 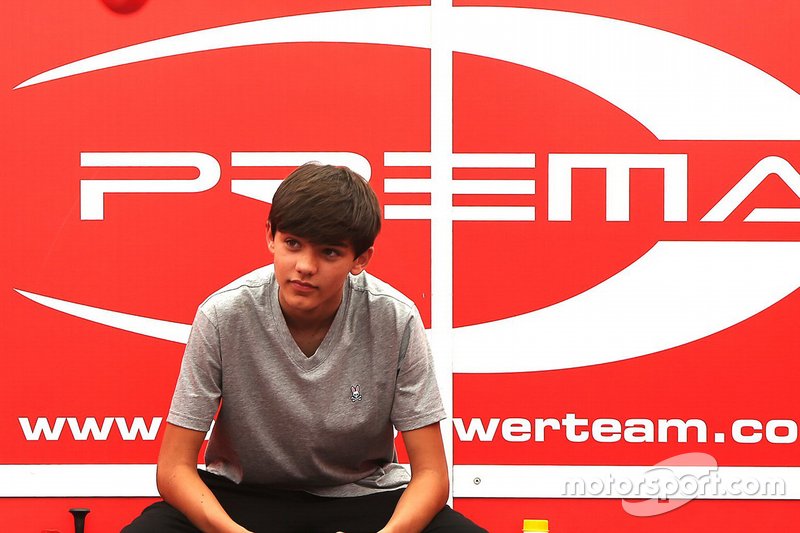 Montoya Jr raced in many karting competitions. A stalwart of the Florida Winter Tour, he also took part in the WSK Super Master Series and the CIK-FIA Karting World Championship, which required a lot of traveling across the Atlantic and impacted his education.

"Last year wasn't too bad, because I was able to stay in Europe with the COVID", the Colombian added. "But especially in karting I would be flying a lot, and with school, dad switched me from our normal school to online school. For the races, it was a lot easier, because, in my last year of school, I missed like 100-something days of school! School is never an issue it's a lot of work but it's quite good."

Montoya eventually made his single-seater debut with powerhouse Prema Powerteam last year, with an Italian F4 campaign which yielded eleventh place in the standings, as well as selected races in ADAC F4; his 2021 program will be quite similar. 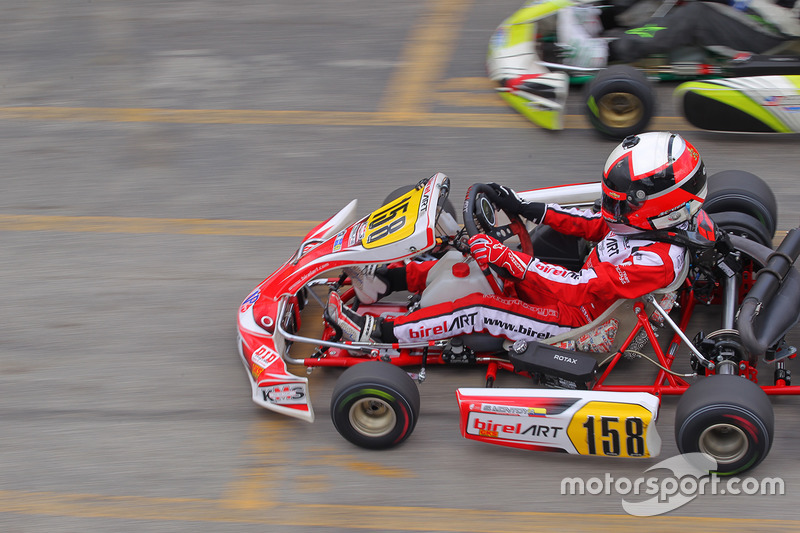 "To be honest, I was quite happy at the end of the year", he said. "We could have done a bit better here and there. We always had the speed, it's just little mistakes here and there that I was making as a rookie. I think generally it was quite okay, and I think this year is gonna be a lot better."

"It was quite hard at the beginning, because none of us had a single clue of what we were doing, so it was a bit, just, guessing…" Montoya smiled. "In pre-season testing, the worst lap we would do – the worst possible lap – would always be the quickest. Each time we'd try to go quicker, we would just go slower, and we didn't understand why. One lap that you would think like 'oh my god, this lap is terrible, I'm three seconds off, that would be the lap that you would be P1, and in a lap that you're starting to get, 'Wow, that was a mega lap', you would be three and a half seconds off. 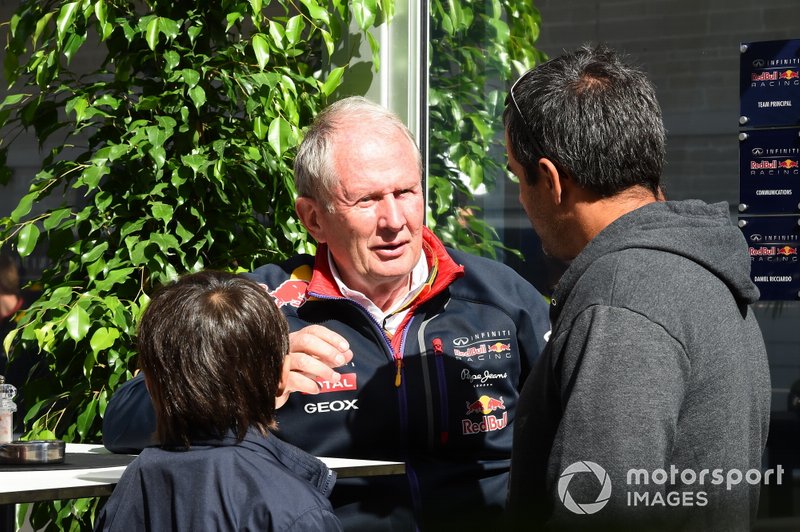 "So it was a bit hard, and especially during the year. We were already competitive, for example [Gabriel] Bortoleto was strong in the wet, and [Gabriele] Mini was really consistent week in week out, so it was just learning from them and trying to improve."

Unsurprisingly, Montoya has a simple goal for this season: the title. "Everything that we missed out [on] last year, I think that's what we're going to achieve! Everything I didn't do last year, I'll do this year instead! Last year, we had the pace. I think in 21 races in the Italian championship, and six in the German one, I had a fastest lap [in both]. That was not too bad. The speed was always there, it's just I was struggling always a little bit in qualifying, and [had a] lack of rookie experience, but I think it's going to be a lot better this year. We made a bunch of steps forward during pre-season testing.

"What we're going for is a title, but also learn to be consistent. Yeah, basically the title. You race just to win. If you don't race to win a championship or races, then you're not doing the right sport." 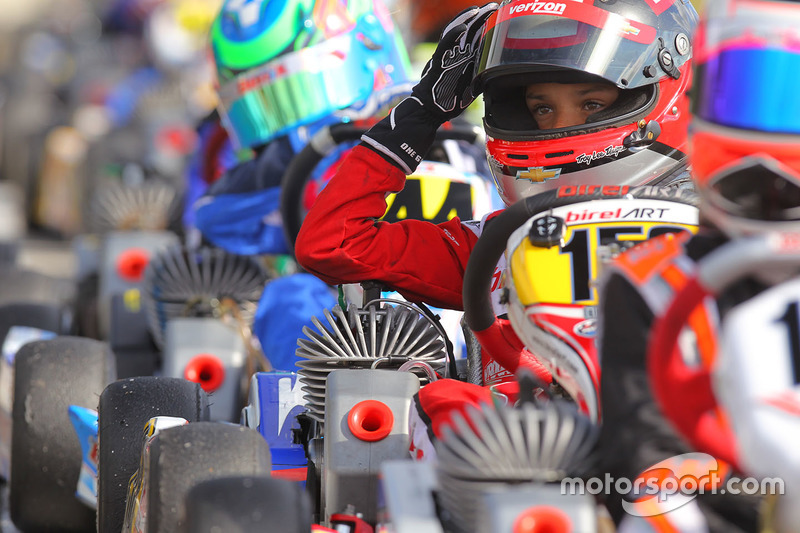 As far as his future is concerned, Montoya now has the same dream as many young drivers. "I've always wanted to race in Formula 1", said the youngster, who's already been in touch with some F1 young driver programs, though he understandably wouldn't elaborate. "There was one point in my life that I wanted to race in IndyCar because I thought the races were better because in Formula 1 it was just the best team, the second-best team, and so forth.

"Yeah, the main goal would be Formula 1, but I'm not the type of [driver] who would just say that I just want to race in Formula 1. If I had an opportunity to race Le Mans, IndyCar, maybe try something different like rallycross or NASCAR, I'd always be down for it. As long as I'm racing, I'm competitive and I can win, if it's in Formula 1, WEC, or anything, just winning is the goal." 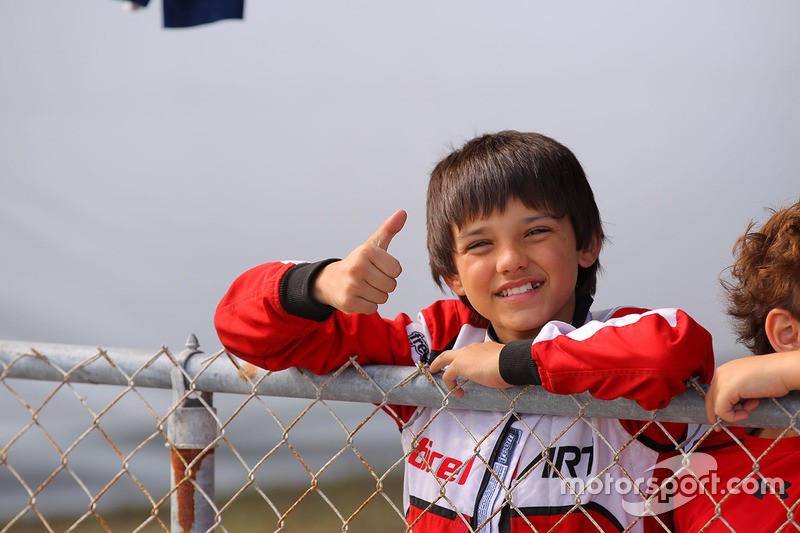 In the meantime, Montoya does drive an F1 car… on his simulator, to prepare for the upcoming season. "The tracks, some are quite similar. The only problem is that the F1 is better: more power, more downforce… So usually, when we do F1 2020 and I want to work on my driving and work on the racing, I'll try to do it with the F2 car, because that's hard to drive. But it's a fun car." He's also quite into one of Motorsport Games' main titles – "This one time I went to Motorsport.com in Miami, they gave me NASCAR Heat 5, and I played it for about eight hours straight. I didn't get much sleep that night, but it was super fun!" – and sometimes plays with his father on AIS simulators.

"This one time, in one of the races for example in Spa, we were racing with the Sauber C9. He made a mistake in Blanchimont, I tried to pass him, we touched in the last chicane, we touched in the first corner, and after Eau Rouge, I tried to get a bit of slipstream on him to pass him, and when we got to the breaking point for the chicane, he hit me in the back. I had to keep my inner peace there, I had to be very, very calm. As soon as I found out who it was, I was very mad, very very mad. But yes, we do race together. He still beats me sometimes!" 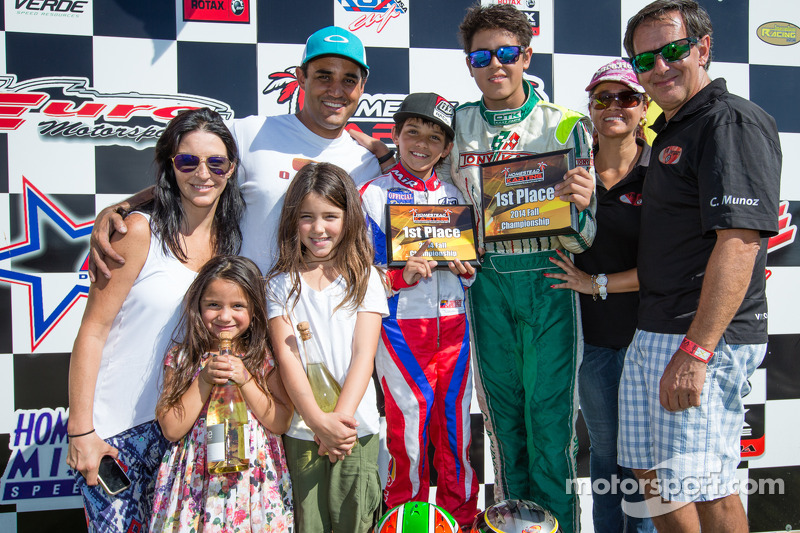